For more than a decade, Omar Khadr, the teenaged Canadian captured in Afghanistan after a fierce 2002 firefight in which a U.S. special forces soldier was killed, has played an oddly central role in the long, unfinished saga over the legitimacy of Guantanamo's military war crimes tribunals.

As a Canadian, Mr. Khadr brought Ottawa and successive Canadian governments into the vexed political debate over Guantanamo, and what constitutes a war crime in 21st-century jihad and unconventional counter-insurgency. Ottawa's response, both when Mr. Khadr was first captured and for more than a decade subsequently, was essentially to tell the Bush and later the Obama administrations that the Toronto-born son of a major al-Qaeda figure wasn't a Canadian problem.

It "highlights what a tragedy this case has been and how little attention either government has ever paid to Omar Khadr as a person, a person who has suffered, a victim, a victim of war, a victim of torture, a victim of illegal detention and now a victim of an invalid prosecution," said Andrea Prasow, Human Rights Watch's senior counterterrorism counsel.

While Britain and Australia demanded their citizens be returned from Guantanamo, Canada alone among the western allies told successive U.S. administrations that Mr. Khadr was their prisoner and they could charge and try him when and where they liked.

Only when Mr. Khadr was convicted – as part of a plea-bargain deal in 2010 and after he had already been in prison for more than eight years – did Ottawa agree, under U.S. pressure, to allow for his repatriation. And then it delayed it for an additional year.

Mr. Khadr, now 27 and serving out a sentence for murder, terrorism, and spying in an Alberta prison, is appealing his war crimes conviction – claiming his acts weren't crimes when they happened in the summer of 2002.

Some of those Canadian government decisions about Mr. Khadr, dating back to the days when Ottawa was first told of the severely-wounded 15-year-old whose life had been saved by U.S. military medics, may still play a role in determining far larger issues surrounding Guantanamo and the war crimes trials of alleged jihadists. Like others, Mr. Khadr's appeal is based on the fundamental argument that what he did, when he did it, wasn't a war crime triable by the military tribunals created by the United States.

"A guilty plea induced by the holy trinity of violence, threats, and improper promises cannot be allowed to stand," said documents filed in the appeal of David Hicks earlier this month. Mr. Hicks, who was convicted in the first Guantanamo plea-bargained deal in 2007, was quickly returned to Australia and freed months later.

As for Mr. Khadr, his lawyer Sam Morison said: "using a conventional lawful weapon in the course of conventional battle is not a war crime; he (Khadr) neither killed a protected person, nor used an illegal weapon, nor used an illegal tactic of some sort, like perfidy." Mr. Khadr was the first – and remains the only – "enemy" person ever charged with the combat death of a U.S. soldier in Afghanistan or Iraq.

The big political difference was that Australia, which also had troops in Afghanistan fighting alongside the U.S., demanded Mr. Hicks be brought home and released him as soon as possible. In Canada's case, governments opted to leave Mr. Khadr in Guantanamo for as long as possible, stall on his return after conviction, and are still battling against his release even though he is eligible for parole.

Twelve years ago, then-president George W. Bush ordered the creation of a special, offshore prison camp at Guantanamo Bay, Cuba – supposedly beyond the reach of U.S. constitutional protections where terrorists could be held indefinitely and some of them tried by special war crimes tribunals.

The U.S. Supreme Court would eventually rule that even Guantanamo detainees had rights. Then, in two landmark rulings last year, the DC Circuit tossed out the convictions of Salim Hamdan and Ali Hamza al-Fahlul, on the grounds that the charge of material support for terrorism wasn't a crime until it was invented by the Bush administration long after their capture.

Whether the Hicks and Khadr appeals – both plea-bargained and, in Mr. Khadr's case, involving an array of crimes – will be similarly vacated won't be known until next year, perhaps longer.

At least one of these cases seems certain to wind up in the U.S. Supreme Court and its eventual ruling may affect whether the trial of Khalid Sheikh Mohammed and the other alleged 9-11 co-conspirators can proceed in the military war crimes tribunals.

If Khadr's convictions are overturned, the Canadian government may have much to answer for.

It has already paid one Canadian, Maher Arar, $10-million for failing to protect his rights when he was seized by U.S. agents on false terrorism charges. Another, Abousfian Abdelrazik, kept in involuntary exile for years until courts ruled Ottawa had violated his constitutional rights to return, is similarly seeking a multimillion-dollar settlement. Depending on the outcome of his case in U.S. courts, Mr. Khadr may be next.

Wallin decried lack of law in Senate, but has she met Omar Khadr?
November 8, 2013 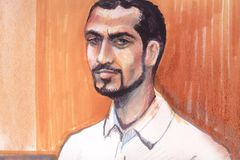 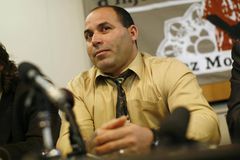 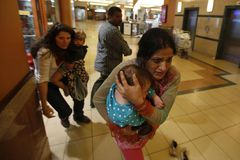 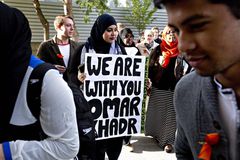