It shouldn't be this hard.

Whether the assignment is city council, a school board, a provincial legislature or the federal government, one of a journalist's most obvious duties is to tell taxpayers what's happening with their money.

But on Parliament Hill, there are simply no clear answers to basic questions like whether spending on any particular program is going up or down. Don't bother looking in the budget. That's not how Ottawa rolls.

Details are supposed to be contained in separate documents called the estimates. Though many experts have said the estimates should come out after the budget so new decisions can be incorporated, the government often tables the estimates beforehand. That effectively makes them a year out of date the day they are tabled.

Last month's budget was a largely stay-the-course affair. The big changes to spending were announced the year before in Finance Minister Jim Flaherty's March 2012 budget, which outlined a three-year plan to save over $5-billion a year and eliminate 19,200 public service jobs. Details, though, were in short supply. An annex at the back of the book listed total cuts for departments, but mostly offered only vague explanations like "streamlining, consolidating and standardizing administrative functions." The meaning of the numbers was also unclear. The Canada Revenue Agency, for instance, was said to be losing $225.4-million a year. But that's a decrease from what? The budget was silent on what is being used as the baseline.

Three weeks after the 2012 budget, Treasury Board President Tony Clement – who is responsible for spending cuts – said his hands were tied because of the estimates process. The details would have to wait until the next round of estimates – next year.

Fast forward to the spring of 2013 and the main estimates were once again tabled before the budget. While they don't include any of the spending changes from this year's budget, they do provide a fair bit of detail on the impact and location of cuts announced in the 2012 budget as well as previous budgets.

After waiting over 12 months to see the details on budget cuts, one might assume there would be a table somewhere showing all federal departments and whether their planned spending is going up or down. One would be wrong.

On March 28, Mr. Clement tabled 92 estimates-related "Reports on Plans and Priorities." Many of the reports from individual departments are quite rich in detail, describing the challenges they face and exactly how they plan to meet their budget cut targets. All of the reports break down spending and staffing cuts by program.

Still, there is no overarching table that puts all departmental spending plans in one place for easy comparison. It can be done. The Globe went through all 92 reports and pulled the numbers into a single database.

The information has been posted in an interactive format by Globe data specialist Stuart A. Thompson and a news story on the cuts can be found here .

"Members of this Committee hope that the government will make the process more coherent, provide clearer, more consistent and reliable information, and ensure that any member of Parliament can have a good understanding and a common reference point to better study the government's spending plans," the committee reported.

The government, via Mr. Clement, responded in October . The minister promised a new and improved system would be proposed to the committee by March 31, 2013. The deadline has been missed.

Still, committee chair and NDP MP Pat Martin says there is reason to be hopeful. He said Mr. Clement recently asked the committee for an extension, promising that the proposal is nearly done. Mr. Martin – who is known for his often foul-mouthed criticism of Conservatives – said Mr. Clement seems genuinely interested in coming up with a better system.

Amid a growing debate in Ottawa about the role of individual MPs, Mr. Martin said obtaining better spending reports is ultimately about asserting Parliament's control over the public purse.

"I think it's the most significant work of the 41st Parliament," said Mr. Martin. "If we can fix the examination of the estimates, we've restored the fundamental principle of our Westminster-style democracy." 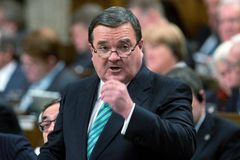 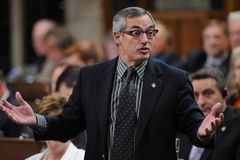 Federal contracting watchdog digs deeper, finds more cooked deals
March 12, 2013
Follow Bill Curry on Twitter @curryb
Report an error Editorial code of conduct
Due to technical reasons, we have temporarily removed commenting from our articles. We hope to have this fixed soon. Thank you for your patience. If you are looking to give feedback on our new site, please send it along to feedback@globeandmail.com. If you want to write a letter to the editor, please forward to letters@globeandmail.com.
Comments