Three provincial elections are expected to take place in 2014. One, in New Brunswick, is scheduled for September. Two others, in Ontario and Quebec, are likely to occur in the spring when their respective minority governments face budget votes. And in all three, the incumbents are at serious risk of being defeated.

Of the three provincial governments that will likely face the electorate in 2014, the Ontario Liberals have held power the longest (since 2003). But polls suggest their streak could come to an end if the Progressive Conservatives and New Democrats team up to bring the minority government down.

Polls in Ontario have generally shown a relatively close three-way race ever since Kathleen Wynne took over the Liberal Party at the beginning of 2013, and any lead the Liberals or Tories have taken has quickly disappeared before returning again. The New Democrats have not led in any poll in a year, but they have consistently recorded support above the 23 per cent the party took in 2011. The most recent surveys, however, suggest the Tories may be pulling ahead, with a weighted average of 38 per cent to 32 per cent for the Liberals and 24 per cent for the New Democrats.

With these levels of support, the Tories should be able to win a minority government, putting Tim Hudak in the premier's office. His party would likely win 45 seats against 39 for the Liberals and 23 for Andrea Horwath's NDP, with the Liberals taking three-quarters of their seats in the GTA and the Tories taking three-quarters of theirs outside of it.

But the PCs have far more upside, as they trail in many close races. If all of those close races went the Tories' way, they could win as many as 60 seats and form a majority government. The Liberals could be reduced to as few as 23 seats, with the New Democrats forming the Official Opposition. This would suggest that, from the Liberals' perspective, a minority PC government is their best-case scenario.

However, polls in Ontario have swung back and forth with a vengeance and Mr. Hudak lost an even larger lead against Dalton McGuinty in the run-up to the 2011 vote. In all likelihood, the next election in Ontario will be close.

The next vote in Quebec should be even closer, and the election even more heated. The Parti Québécois's controversial values charter has its supporters and detractors in the province, and it will inevitably be a key issue in the campaign.

Polls conducted at the end of last year suggest a tight race. A weighted average gives the Liberals the edge with 36 per cent to 33 per cent for the PQ, but that masks the linguistic division in the province that benefits the sovereigntist party. Among francophones, the PQ holds a roughly 12-point lead over the Liberals. Among non-francophones, the Liberals have 75 per cent support but that vote is heavily concentrated in only a handful of ridings.

As a result, the Parti Québécois coule eke out a majority government of 63 seats with these numbers, thanks to their double-digit lead in the regions of Quebec, a close contest in Quebec City, and decent support in the suburbs around the island of Montreal. The Liberals would likely win 53 seats, with seven going to François Legault's Coalition Avenir Québec (which has 18 per cent support) and two to Québec Solidaire (which has 9 per cent).

Unlike Ontario, the close races do not lean so heavily in one party's favour. Depending on how those ridings would go, the PQ could win between 56 and 72 seats and the Liberals between 40 and 59, suggesting that everything from a Liberal minority to a PQ majority is potentially in the cards. The PQ's advantage among francophones – who tend to support the charter in greater numbers – may be decisive.

While we can only speculate when the elections in Ontario and Quebec will be held, New Brunswick's election date is already known. For Premier David Alward's Progressive Conservatives, it is coming too soon.

The Tories registered only 25 per cent in the most recent survey out of the province, putting them 22 points behind Brian Gallant's Liberals and only one point ahead of Dominic Cardy's New Democrats. The governing party has not held an outright lead in any poll since August 2012.

The Liberals could win roughly 35 to 38 seats with these numbers, almost tripling their current representation in the Legislative Assembly. The Tories would be reduced to between five and eight seats, while the NDP could take as many as six. For a party that has never won more than a single seat in a general election in the province, that would be a historic result.

Tory optimists may point to the example of British Columbia as inspiration, in hope of replicating Christy Clark's remarkable comeback in 2013. Liberals might instead point to the more apt example of neighbouring Nova Scotia, where the Liberals defeated a one-term government handily after leading in the polls by a wide margin for a long period. After making former Liberal leader Shawn Graham the first one-term premier from the province in 2010, David Alward may suffer the same fate this year. 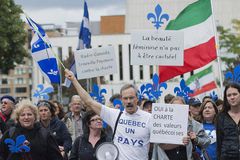 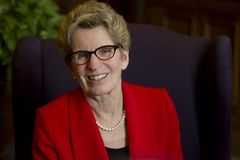 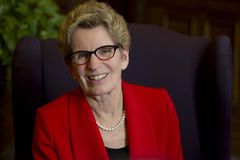 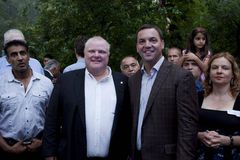 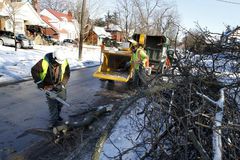 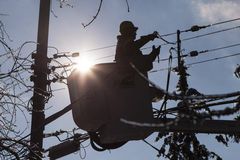 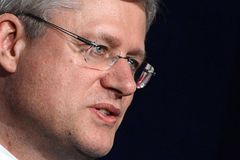