There are rules you have to follow, and rules that you control. The rules that allowed Justin Trudeau's two most senior aides to claim more than $200,000 in relocation expenses gave the Prime Minister total discretion.

Now it's just embarrassing. On Thursday night, the two aides, Katie Telford and Gerald Butts, moved to stanch the bleeding. They announced that they'd reviewed their claims, decided they're now uncomfortable with the sums they've received and will pay back sizable portions.

It's all particularly damaging because it involves the Prime Minister's most senior aides, who are also his close friends.

Globe Editorial: How do you spend $126,669 to move house? Only the Liberals know

The story emerged when the government tabled documents in the House of Commons this week that showed newly hired Liberal staffers claimed $1.1-million in relocation expenses, including $207,051 for two aides in the Prime Minister's Office. Then The Globe and Mail's Laura Stone reported it was Ms. Telford and Mr. Butts, who claimed those big sums – $126,669 for Mr. Butts and $80,382 for Ms. Telford.

The lion's share, we now know from a statement issued by Mr. Butts, was for real estate agents' commissions. Both Mr. Butts and Ms. Telford sold their Toronto homes for roughly $1-million. A big chunk was the land-transfer tax Mr. Butts paid when he bought an Ottawa home.

But Mr. Trudeau never did answer questions about whether he thought the sums were too much. His defence was that his office followed the rules. Covering relocation expenses is not new, he said, and the current rules were put in place under the Conservatives in 2011. What he didn't mention is that those rules left it up to Mr. Trudeau to decide what relocation benefits his senior aides could claim.

"A minister may, at his or her discretion, reimburse the relocation expenses of appointees who accept employment as exempt staff at the EX-02 equivalent and above," state the Policies for Ministers' Offices. "Any benefits are negotiated between the minister and the individual."

The minister, in this case, is the Prime Minister. It was Mr. Trudeau's responsibility. He could have offered Ms. Telford and Mr. Butts nothing. He could have capped the expenses. For that matter, he could have rewritten the rules. He decided to offer the maximum under those rules.

The rules do set a maximum. It's the amount civil servants get when they relocate, under what is called the National Joint Council's Relocation Directive.

Usually, new hires get only $5,000. But senior officials – those hired into the executive levels of the bureaucracy, or appointed by cabinet to a board or agency – can get full reimbursement of things like real estate commissions. And ministers can offer that to senior political staffers, too.

It must have been awkward for a new Prime Minister to offer benefits to the two other members of the Liberal power troika. Mr. Butts, his principal secretary, is Mr. Trudeau's long-time best friend and key strategist; Ms. Telford, also a friend, has provided the disciplined focus to get things done, first as campaign manager and now chief of staff.

Part of Mr. Trudeau's defence was that the government must hire people from all over the country to serve. It's fair to argue good political staffers should get benefits. But he didn't quite make that case, did he? He hid behind the rules.

Is $126,669 excessive? Most Canadians will think so. Now Mr. Butts does. He'll repay $41,618. Ms. Telford will pay a sizable sum. The taxpayer can't be expected to pay new staffers unlimited sums because they have such expensive houses. The reimbursements should have been capped.

This was Justin Trudeau's mistake. There will be politicking over whether it's just a mistake, or a sense of entitlement. But he's the Prime Minister – elected to make judgment calls. The worst part is that he ducked behind rules that he really controlled, and tried to suggest he's not accountable. 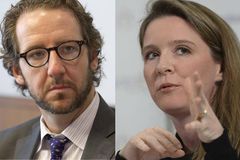