Progressive Conservative Leader Alison Redford pledged a positive, policy-filled Alberta election campaign, but nonetheless braced herself and her family for the potential of personal attacks.

But few expected fertility would become an issue.

And now, the Tories are in serious damage control after a staffer in the premier's office publicly questioned the Wildrose commitment to family since Ms. Smith, who turns 41 on Sunday, and her husband, David Moretta, don't have biological children. (Ms. Smith has a stepson from Mr. Moretta's previous marriage.)

On Friday, Amanda Wilkie, who once worked for the Wildrose Party before joining the government, tweeted:

"If @ElectDanielle likes young and growing families so much, why doesn't she have children of her own?' Ms. Wilkie wrote, along with "#wrp family pack = insincere."

On Saturday, Ms. Smith issued a response: she tried, and failed to conceive.

"When David and I married in 2006 we intended to have children together," Ms. Smith said in a statement, "After a few years we sought help from the Calgary Regional Fertility Clinic. I appreciated the support and assistance of the caring staff as we went through tests and treatments, but in the end we were not successful."

Some voters turned to social media to call for Ms. Wilkie's dismissal.

Ms. Wilkie, 23, is an executive assistant to the executive director of the premier's office in Calgary. During an election, many staffers take leaves of absence to work the campaign, but Ms. Wilkie didn't and she has no role in the campaign. Still, she tweeted eagerly about it.

She also apologized minutes after the tweet ("Fine. I apologize") and later wrote: "140 characters, didn't come across the way I meant it and for that I'm sorry. I meant to imply something entirely different."

She has resigned her position, Ms. Redford said Saturday.

"From that action, I know she understands the gravity of her actions," Ms. Redford said in a written statement, calling the tweet "entirely inappropriate. It was hurtful and does not represent my values nor those of my campaign in any way."

Ms. Redford, who has a 9-year-old daughter, said she has called Ms. Smith and looks "forward to speaking with her privately," adding: "Alberta is made up of all types of families. Each one has a story, each one is unique. There is no one type of family that is more authentic than the other."

Stephen Carter, a campaign strategist for Ms. Redford who is on leave from his position as the premier's office's chief of staff, sounded exasperated Saturday morning. Ms. Wilkie, he stressed, is a young staffer with "no role in the campaign whatsoever" who made a mistake.

"She's as low as you can go on the totem pole, but that doesn't excuse the tweet. It was wrong," Mr. Carter said. "It's unacceptable, so we have to start there," he said.

According to the Infertility Awareness Association of Canada, more than 500,000 Canadian men and women have reproductive health problems.

In her final press conference as premier, before dropping the writ and triggering the campaign last Monday, Ms. Redford pledged to stay away from gutter politics. She never addresses Ms. Smith by name on the campaign trail.

"You put yourself into politics, and that [negative politics]is what it is. I worry a little bit about my family. but we'll see. We'll see how it goes," Ms. Redford said.

"I would not dignify that with any sort of response," he said, "Leave it alone and move along from there."

Still, he said it's a sign that the campaign has turned personal as the personalities and lifestyles of the two main leaders are being compared. He also said the this attack may actually help Ms. Smith among voters who may have wondered about her family life.

"The much more traditional, rural and older voters would care in some ways," Prof. Brownsey said.

"It only helps her," he added. 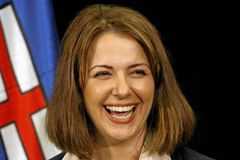 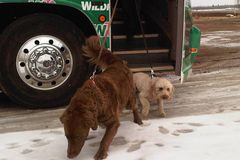 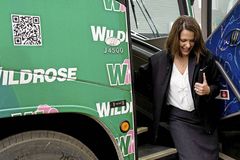 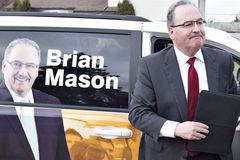