The federal government will not modify rules that force the full disclosure of evidence to defence lawyers in criminal cases, however, the legal community is hoping to find a way to ease the costs of the requirements on police forces.

The RCMP has launched a public debate on disclosure requirements, with the force's second-in-command saying they pose a "huge challenge" to the Mounties financially and divert resources from front-line policing efforts.

"We have to take a long, hard look at disclosure, and we have to find much better ways to deal with the disclosure burden that we currently find ourselves under," Deputy Commissioner Rod Knecht said in a recent interview.

On Thursday, Justice Minister Rob Nicholson responded that the government is looking to improve the efficiency of the justice system, but will not tinker with Supreme Court decisions that forced Crown prosecutors to disclose all of the fruits of police investigations to defence lawyers.

"Disclosure rules provide the accused with critical information to ensure prosecutions are transparent and accountable. We have no plans to change that," said Mr. Nicholson's spokeswoman, Geneviève Breton.

Police say that the rules have increased the amount of material that they must copy and turn over to the Crown to be shared with defence lawyers.

"The issue is, how can we more efficiently manage the documents, how can we spread out the financial obligations and the resources between the Crown and between the police, so that it doesn't impair the police agencies' ability to do what they need to do," Mr. Gottardi said.

He added that lawyers are exploring ways to start the disclosure process sooner in the criminal justice process, with Crown prosecutors engaging defence lawyers as early as possible to determine what information needs to be shared.

Still, the Canadian Civil Liberties Association said the rules must remain in place to ensure the public's confidence in the justice system and prevent wrongful convictions.

"When an innocent person goes to jail, there are huge costs to society, including the fact the guilty party is still free," CCLA general counsel Nathalie Des Rosiers said.

Ms. Des Rosiers added that Canadians wants to have clear checks on the powers of police, given the RCMP's "current accountability problems." Still, Mr. Des Rosiers said that she agrees with police bodies that are looking for ways to "streamline the sharing of documents" between police and lawyers involved in a criminal trial.

Senior deputy commissioner Knecht said the disclosure requirements that flowed from a 1991 Supreme Court decision have created a major burden on policing budgets. He called for an "all-systems" solution to the issue through a joint effort of the government and legislatures, courts, police and lawyers.

"To my mind, there has to be a bit of a saw-off here. There probably is a better way for us to accomplish the goals that everybody wants us to accomplish," Deputy Commissioner Knecht said.

The RCMP agrees with the principles behind disclosure, although the force is worried that it cannot fulfill its obligations to Canadians because officers are spending so much time preparing evidence for disclosure.

"We never want to see anybody go to jail that shouldn't go to jail, we don't want anybody charged if they shouldn't be charged," Deputy Commissioner Knecht said. "But the expectation is that there'll be police officers out there 24/7 and they'll be responding and be there all the time, when we're not physically capable to do that any more." 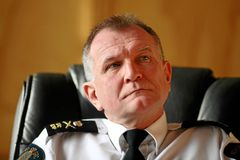 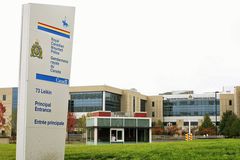 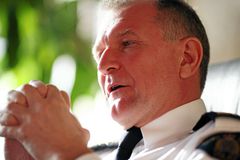 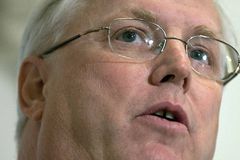