After almost two years, Governor-General Michaëlle Jean has broken her silence about the day she saved the Harper government and revealed that she was trying to deliver a hidden message to the country.

Ms. Jean shared some of her thoughts about that controversial, historic decision in a farewell interview with The Canadian Press. While Ms. Jean described the episode, seated in the same wood-panelled study where she and Prime Minister Stephen Harper held their high-stakes encounter, there were moving vans Tuesday outside Rideau Hall lugging away some of her personal belongings.

Ms. Jean said she wasn't aiming to keep the nation in suspense when she left Mr. Harper waiting two hours before granting his prorogation request. She said she simply wanted to take the necessary time before arriving at such an important decision - and, in the meantime, hoped to get the country involved in the process.

For two hours, live television cameras remained transfixed on the front door of Rideau Hall. So after an election with a historic low participation rate, suddenly, there were constitutional experts being interviewed while TV networks filled airtime and a national debate broke out about Canadian democracy.

"You have to think about it. You have to ask questions. The idea wasn't to create artificial suspense. The idea was to send a message - and for people to understand that this warranted reflection," Ms. Jean said.

"In those hours, all of a sudden, people were frozen, time was frozen and everyone was wondering, 'Hey, what might happen here? And why are they taking so long?'...

"History will decide, history will judge. But I believe that, collectively, we participated together in something that will take us a step forward, maybe, in the necessity of understanding our institutional realities ... and our political system."

Ms. Jean and her office had always steadfastly refused to answer journalists' questions about what happened on that snowy day. She still won't reveal specifics of the meeting, she says, because the privacy of viceregal-prime ministerial conversations is considered constitutionally sacrosanct.

But she has now explained some of her motives that day. In late 2008, the prime minister was on the verge of being toppled and replaced by an opposition coalition. Ultimately, Ms. Jean's decision to grant the prorogation request bought him more time while the coalition deal fell apart.

Ms. Jean explains that she had an important responsibility and didn't want to rush through the meeting in a few minutes. The meeting with Mr. Harper, in fact, dragged on so much longer than scheduled that he was forced to cancel a planned event later in the day.

She says she knows some people were angry with her. But she says she hopes the episode serves a beneficial long-term purpose - of defeating voter indifference, apathy, and even ignorance.

At the time of the parliamentary crisis, there were angry public debates about just who might have a legitimate hold on government - the prime minister re-elected with a plurality of seats in the Commons, or the opposition parties who collectively held a majority. At the epicentre of the debate was the key issue of what Ms. Jean should tell the prime minister - and what he might do if she shot him down. Some Harper aides even suggested he might go over her head and visit the Queen if she refused him.

"And I know at some times people even blame the governor-general [for the decision]saying, 'She should have done this. . .' But a part also of the responsibility is for the citizens who are, finally, ultimately the ones who will make the decisions. They have to participate."

On Friday, the 53-year-old governor-general begins the next phase of her life.

The former Montrealer has chosen to keep living in the nation's capital. Ms. Jean says her 11-year-old daughter asked to stay in Ottawa because she has grown attached to it and she asked her parents not to move.

Ms. Jean has also chosen to run her charitable foundation and new United Nations job out of offices at the University of Ottawa.

She intends to keep working on issues dear to her - including her often-touted hope that Canada might build a university in the Arctic. That issue has been a point of contention with the Conservative government.

Ms. Jean says such a school would assert Canadian sovereignty, help city-dwellers discover the north, assist in scientific research of the Arctic, and help Inuit youth get a postsecondary education. Government officials have let it be known that they did not appreciate her public lobbying for the project.

But the Governor-General says it's inexcusable for Canada to continue to be the only Nordic country without a university in the Arctic.

Much of Ms. Jean's time will be devoted to her job as an envoy to Haiti on behalf of the United Nations Educational, Scientific and Cultural Organization. She said the organization can demonstrate its relevance by making a difference in Haiti - notably in improving the quality of education after so many schools were destroyed by last year's earthquake.

She will probably write a book.

There is plenty of potential material: there were meetings with Canadian politicians, unheralded community activists, leaders of powerful G8 nations, the Pope, and people in the world's poorest places struggling to hold their countries together.

Ms. Jean refuses to say which of those meetings she cherished most: "I don't want to rank them." 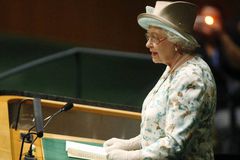 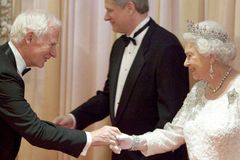