However high you think your grocery bills are, they're bound to be worse in Arctic Bay - a standard jug of cranberry cocktail sells there for $38.99, eight times more than it would in Southern Canada.

The remote Nunavut hamlet has seen food prices spike in recent months after the federal government's scrapping of its old Food Mail program that subsidized shipments of most foods and some hygiene products to remote northern communities.

That program expired in October. Now, as supplies run out, new stock is arriving on shelves at unsubsidized prices - the juice, $29.39 for Cheez Whiz, $27.79 for a tub of margarine, $19.49 for a brick of cheese.

Arctic Bay (pop. 750) has now opened its first food bank, while its territorial MLA questions how the new program will help his constituency.

"In my opinion, these prices are way too high," MLA Ronald Elliott said in an interview, adding: "For communities that are already hit with high unemployment and where lots of people are on social assistance, it makes you wonder how people are going to make ends meet."

The new federal program is called Nutrition North and only subsidizes what Ottawa considers healthy foods, while some hygiene products will receive a lower subsidy. Both become effective April 1.

Billed as more "cost effective," Nutrition North kicks in on April 1 and has been championed by Health Minister (and Nunavut MP) Leona Aglukkaq. When Mr. Elliott began speaking out about his "major concerns" late last week, Ottawa moved swiftly to defend its new program.

"These prices are not a result of the Nutrition North Canada program," Indian Affairs minister John Duncan said in a weekend statement.

They do, however, appear to be the result of terminating its predecessor program.

Food Mail allowed a long list of eligible foods and hygiene products to be shipped at 80 cents per kilogram. The unsubsidized price is now about $13 per kilogram to ship to Arctic Bay, according to the local economic development officer.

Northern Stores - the region's foremost retailer - says its air freight price has now gone up six fold in some cases (in winter, food must be flown into the community). The price increases that have sparked consumer complaints are for recently delivered items.

"When it happened in October, when they became ineligible [for subsidy] we didn't hear anything [from customers]because we had good supply," said Michael McMullen, executive vice-president of The North West Company, which owns the stores.

Mr. McMullen expects the new program will lead to price drops of 5 to 7 per cent in healthy foods, significant though likely not enough to offset increases elsewhere.

Healthy food is also already far more expensive in the North. A head of lettuce costs $6.75 in Arctic Bay, while a small bag of baby carrots costs $8.89, both about triple the rate paid in major Canadian cities.

Mr. Duncan, the federal minister, encouraged upset shoppers "to contact their local retailer." Mr. McMullen responded by saying his company pre-ordered as much as it could while price subsidies were still in effect.

The more remote the area, the higher the subsidy, Mr. Duncan said. However, he also cited the need for competitiveness. But in Arctic Bay and other small communities, there's little or no competition - just one or two stores being served by one airline.

"If we're kind of seeing increases in prices now, with the program not implemented, how do we know they will go down?" 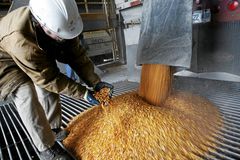 Food inflation: It's all about what's on your plate
February 7, 2011 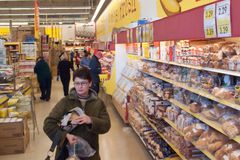