The air force will have less than half its fleet of new F-35 fighter jets in place when it comes time to retire the aging CF-18s, and will only receive one stealth jet in the first year of the program, government estimates reveal.

The delivery of all 65 jets is being spread out between 2016 and 2023, with most of the radar-evading aircraft arriving after 2019, according to figures provided by the office of Associate Defence Minister Julian Fantino.

The current fleet of 77 CF-18s is due to be retired by 2020. Most of the air force planning over the last decade was focused on getting replacements on the tarmac at least one or two years ahead of that deadline.

Internal Defence Department documents obtained by The Canadian Press under the Access to Information Act show an initial delivery schedule of 16 aircraft per year, plus one spare, starting in 2016.

Other documents in the public domain, dated in 2007 and 2009, show the manufacturer Lockheed Martin was anticipating a similar timetable.

A spokesman for Mr. Fantino confirmed the figures, but said the government has always anticipated a gradual roll-out.

"Canada's delivery of F-35 aircraft will be phased in incrementally as our aging CF-18s/fleet needs to be replaced," Chris McCluskey said in an email response to questions from The Canadian Press.

The highly-advanced, multi-role fighter has been beset with development delays and huge cost-overruns. Critics in both the U.S. and Canada have grown alarmed and questioned the program's affordability, especially in the light of each country's huge budget deficits.

Mr. McCluskey's note suggested the decision to stagger delivery was based on a combination of factors.

Buying in that timeframe could mean the cheapest sticker price and it also allows the air force to absorb the new aircraft into the system in an orderly fashion, said the department's email bullet points.

Questions over the delivery schedule came as U.S. Defence Secretary Leon Panetta threatened earlier this week to cancel the F-35 program unless the Republican controlled Congress agrees to a series of spending cuts elsewhere in the Pentagon.

Defence experts, such as retired air force lieutenant-colonel Dean Black, said he believes Canada's decision on a slow purchase plan is more related to budget uncertainty further down the road – something the Parliamentary budget officer has warned about.

With the decision to accept fewer aircraft over a longer period of time and no room to postpone further, Black says the government has tough decisions to make.

Although the modernized CF-18s won't fall out of the sky in 2020, the airframes and avionics of some will be worn with age.

The government should consider either another upgrade – or the purchase of a handful of the latest version of the fighter, known as the Super Hornet, said Mr. Black, the executive director of the Air Force Association of Canada.

That is exactly what Australia has done in the face of ongoing F-35 delays. The United States has also embarked on a life-extending programs for hundreds of its F-16 Tomcats.

"If it came down to extending the life of our CF-18s, there are things the government and our military experts could look at," Mr. Black said. "I'm not sure whether Australia considers its Super Hornet purchase as a gap filler, but it wouldn't be beyond Canada to do that kind of thing."

The threat by Mr. Panetta to scrap the F-35 dominated question period in the House of Commons Tuesday, with both opposition parties demanding to know what the Conservatives intend to do in the face of a potential cancellation.

"The U.S. Secretary of Defence gets it. The U.S. Navy gets it. The Australians get it," Liberal defence critic John McKay charged. "When this program is cancelled, what is Plan B?"

Mr. Fantino denied that the program is on verge of being scrapped south of the border and said Canada has no second thoughts about the F-35. He accused the opposition of twisting the Pentagon chief's words.

"We're concerned about the rhetoric we hear, misinformation and miscommunication and misinterpretation of what Mr. Panetta has said," the rookie minister told the Commons.

The first customer in line to receive full production aircraft is the United States. There are already test versions of the F-35 in service.

Australia and Italy are the next first two customers and are expected to receive their training planes in 2014. Britain, Turkey and Israel are slated to get the next round in 2015.

Canada has only signalled its intention to buy the F-35 and has yet to sign an agreement, but the Conservative government said that will follow shortly. 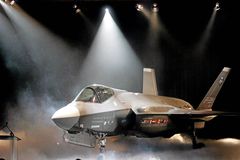 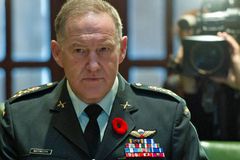 Tory procurement chief vows fighter jets will be up to the job in Arctic
October 24, 2011
New stealth fighters lack ability to communicate from Canada's north
October 23, 2011 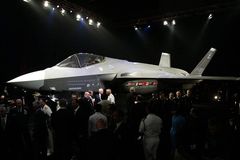 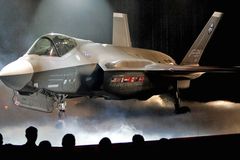 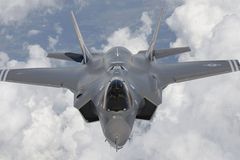