It was one of two packages containing human body parts collected by police Tuesday that had been shipped through Canada Post's mail system.

"It was opened, Ms. Byrne examined it, saw the blood and smelled the odor and made the decision to call police."

He added: "It was such a horrible odour I'm sure many of us will not forget it."

One Conservative source said this first package was a simple white box with a red cartoon heart drawn on it.

It was addressed to the Conservative Party of Canada rather than a specific individual.

Canada Post, meanwhile, is in full damage-control mode after revelations that a severed human hand and foot have passed through the nation's mail system.

The postal carrier is refusing to say whether it's taking special measures to search for more packages containing human remains after it delivered a foot to the headquarters of the governing Conservative Party and Ottawa police retrieved a hand – which sources say was destined for Liberal offices – from a mail sorting facility.

Spokeswoman Anick Losier declined repeated requests for comment including what in particular the Crown corporation is doing to protect Canadians from more of these gruesome deliveries.

A former RCMP criminal profiler said it's the first time he's heard of a Canadian political party being the target of such a horrific act. "This is the kind of stuff you might see in developing countries where you have dictatorships and coups," Glenn Woods said.

The Ottawa police force's major crimes division announced late Wednesday morning that their investigation has determined both body parts were shipped through Canada Post from Montreal.

Montreal police linked between the hand and foot to a severed torso discovered Tuesday morning in a pile of garbage by a janitor working in the Côte-des-Neiges area.

They have identified 29-year-old male model and adult-film performer Rocco Luka Magnotta as the prime suspect in the homicide investigation.

At the RCMP, the packages are not deemed to be "an attack against the people that we protect," and the national police force is allowing municipal police to take the lead on the matter.

Mr. Woods, who retired from the Mounties as director of its behavioural sciences branch, said the extremely public stunt – "A very desperate fanatical act to get a point across" – doesn't sound like something the Mafia would stage.

"Organized crime generally will keep a low profile. They would never do something like this to bring [attention]" Mr. Woods said. "Their motivation is money. Short of making an example of someone who, for instance, is an informer, I have never seen them get involved in this kind of thing – particularly with a political party."

The former Mountie said an accompanying note, if one exists, will have given police a far better sense of whom they are dealing with. "To me, when you start sending human body parts, there's got to be some level of mental illness." 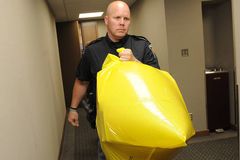 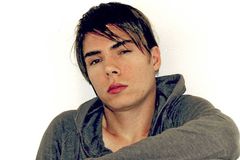 Follow Steven Chase and Daniel Leblanc on Twitter @stevenchase @danlebla
Report an error Editorial code of conduct
Due to technical reasons, we have temporarily removed commenting from our articles. We hope to have this fixed soon. Thank you for your patience. If you are looking to give feedback on our new site, please send it along to feedback@globeandmail.com. If you want to write a letter to the editor, please forward to letters@globeandmail.com.
Comments are closed