The biggest trade agreement ever negotiated by Canada is sparking a major political debate with just two weeks left in the federal election campaign, as Stephen Harper says his party has delivered this country a membership in the Trans-Pacific Partnership while Thomas Mulcair rallies opposition to the pact.

The Conservative Leader began a big sell of the deal, brandishing the agreement Monday as evidence of how the Tories are securing new markets for Canadian business. "This is the largest economic partnership in history," Mr. Harper said of the TPP, which will create a free-trade zone from Chile to Japan. "And under our government, Canada will be in."

The TPP, which promises greater access to Pacific Rim markets for Canadian businesses, brings the election debate back to the economy and could have a significant impact on the campaign as voters begin to make up their minds ahead of the Oct. 19 vote.

– What is TPP? Understanding the new Pacific trade deal

– TPP deal could be a boon for Harper, Mulcair – for entirely different reasons

The NDP Leader is adamantly opposed to the agreement. Campaigning in Toronto, Mr. Mulcair said his party can't support a deal that is predicted by UNIFOR, Canada's largest private-sector union, to cost 20,000 jobs in this country's auto sector.

Liberal Leader Justin Trudeau said if he becomes Prime Minister, the trade deal would be ratified by a vote in the House of Commons after a "fulsome and responsible" discussion with Canadians, although he criticized what he called a secretive negotiating process leading up to the deal. He also emphasized, as he has in the past, that the Liberal Party is "a resolutely pro-trade party."

On Monday, Mr. Harper argued on the campaign trail that with a fragile global economy, voters shouldn't take chances.

"On Oct. 19, every single vote is going to matter. Every single vote to protect our economy could make the difference," he told a Richmond Hill, Ont., battery maker with international operations as he tries to gain ground in a tight race with the Liberals.

The wide-ranging TPP deal reached Monday morning among 12 countries gathered in Atlanta offers nations such as Canada prized access to Japan's traditionally sheltered market – for beef, pork, fish, canola, barley and a host of other products.

But it also carries costs for Canadians. The Conservative government devoted considerable effort to assuaging worry about these Monday, unveiling a multibillion-dollar compensation program for farm interests such as milk producers who could lose money from an influx of foreign dairy.

And addressing concerns that auto-sector jobs will be lost under this Pacific Rim agreement, Mr. Harper said Ottawa is preparing to unveil measures to help attract and maintain auto-industry investment in Canada.

Mr. Mulcair's position is a hard left turn for the New Democrats in the campaign, establishing himself as a direct opponent of Mr. Harper in an appeal to those voters whose main objective is to get rid of the Conservative government.

"The NDP is going to be standing up against this trade deal because it's going to be hurting Canadian families," Mr. Mulcair said. "If elected, Canada will not be part of an agreement that removes 20,000 Canadian jobs."

His opposition creates political uncertainty for Canada's TPP membership. The next Parliament will have to ratify or reject the deal. While the NDP may not win the Prime Minister's Office at current support levels, it could be the junior partner in a coalition or alliance with a Liberal-led government.

Mr. Mulcair has been running a more centrist campaign than New Democrats of the past, saying he would delay full enactment of major spending promises to maintain a balanced budget. But the strategy does not appear to be working.

While the NDP, the Liberals and the Conservatives were locked in a three-way tie through much of the long campaign, the New Democrats started falling behind about a week ago. Numbers released on Monday by Nanos Research suggest the Liberals had the support of 35.6 per cent of voters, the Conservatives 31 per cent, and the NDP 22.8 per cent.

In a move that could also roil the election campaign, the Ontario government is raising serious concern over the auto sector, which must grapple with significant reductions in the amount of Canadian content that will be required in vehicle and car parts sold in this country – a boon for their Asian rivals.

Ontario Economic Development Minister Brad Duguid is urging Ottawa to offer the auto sector, largely based in his province, "large scale" grants to help companies weather the changes. There are more than 100,000 direct jobs in this industry.

"Ontario is concerned that the TPP auto concessions will rapidly expose both Ontario's auto assembly and parts producers to much stiffer global competition … potentially placing the jobs and livelihoods of many Ontarians at risk," the Ontario government said.

The Auto Parts Manufacturers' Association of Canada said while a deal will open markets for its larger members that already have international operations, it threatens to be a challenge for smaller operators. 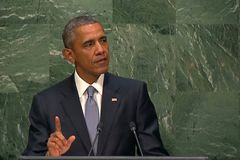