The Prime Minister's Office is putting heavy pressure on members of the Conservative caucus to vote down a Tory MP's effort to trigger a legislative review of when human life legally begins.

It's unusual for a PMO to work against its own MPs' motions and private members' bills but Stephen Harper's Conservatives are anxious to avoid association with any legislative activity that could be characterized by opponents as re-opening the debate over abortion.

This informal coaxing is focused on those who are not considered to have taken firm positions in what has become a polarized debate, including rookie Tory MPs elected for the first time last year as well as fence-sitters and those with strong ambitions to rise in the caucus.

The conflict is over Motion 312, a bid by Mr. Woodworth, MP for Kitchener-Centre, to spur a parliamentary committee that would review the legal definition that a fetus only becomes a human being once it has fully emerged from the mother's birth canal.

The friction within the Conservative caucus offers a window into tensions inherent in the Tory party, which relies to a limited extent on social-conservative political support to win elections but is anxious to avoid disturbing the status quo on flashpoints such as abortion and gay rights.

Mr. Harper has repeatedly vowed that his government would not bring forward legislation on the matter and that any bills tabled would be defeated "as long as I am Prime Minister."

Mr. Harper is said to be determined to ensure motions or bills such as Mr. Woodworth's never come forward again.

The government isn't being as heavy-handed as it could be. It decided to unleash its MPs and allow a free vote on the motion – one that's expected as early as June 13.

But at the same time the PMO – known as "the Centre" by MPs – is quietly urging Tory MPs to sink it. Caucus liaison staff in the PMO have contacted MPs to register concern about it, reminding them of Mr. Harper's pledge to voters.

Sources say the Harper Conservatives dropped the idea of compelling cabinet members to vote against the motion after pushback from caucus and serious concern that some ministers might resign.

Mr. Woodworth's motion is not binding on the government and has little prospect of passing because opposition parties have made it clear they oppose it.

But those who support it speculate Mr. Harper wants to ensure the Woodworth motion garners as few Conservative votes as possible in order to discourage Tory MPs from reviving the right-to-life debate in the future.

The PMO declined to speak to the subject Tuesday, saying "We don't comment on caucus matters."

One dilemma for Conservative MPs is that all will face nomination races in 2014 to retain the right to carry the Tory banner in their riding.

Mr. Harper doesn't shield incumbent MPs from challengers so all 165 Conservative Members of Parliament will require constituency-level assistance to fend off contests in their ridings.

For a number of MPs, winning the 2014 nomination will mean relying on the support of anti-abortion activists. This will be difficult, if not impossible, if they vote against Mr. Woodworth.

Christian activists are pressing MPs to back 312. One postcard campaign linked to Whenamihuman.com features a baby saying "Your Vote is My Voice." It also says on the postcard, "to show my appreciation for your support, I will work hard to see you re-elected in your 2014 riding nomination."

The implied threat, of course, is that if the recipients don't support 312, this support could get behind a challenger instead. 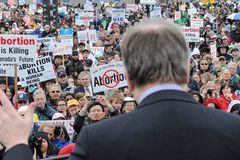 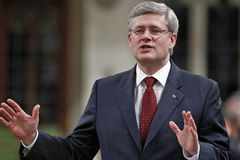 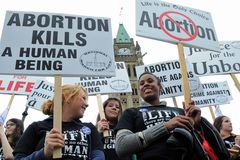 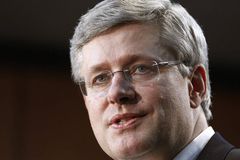 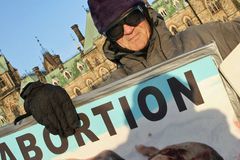 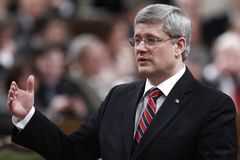