At a tipping point in history, the Harper government's reaction to fast-moving events in Egypt has been an exercise in cautiousness.

The Conservatives' biggest concern in the Egyptian crisis has clearly been local: Ensuring that people here don't fault government efforts to evacuate Canadians from Cairo.

On the momentous events shaking Egypt, the Harper government has fallen in behind other allies for a week. But Ottawa has expressed a little more worry about what change might bring, and reluctance to rush Hosni Mubarak to leave.

The crisis in Cairo took a new direction Wednesday when pro-Mubarak protesters started attacking anti-government protesters. It raised the prospect that the pro-Mubarak camp has violent clashes as their tactical goal, to justify intervention to restore calm.

It's a challenge for Western nations, who have, for days, said they want an "orderly transition."

"Canada, the United States, the Europeans, and others may have to choose between 'orderly' and a 'transition,' " said University of Ottawa international security professor Roland Paris.

But Canada's Foreign Minister, Lawrence Cannon, didn't echo that haste Wednesday afternoon, saying it's not up to Canada to urge Mr. Mubarak to step down sooner.

"The [Egyptian]President has indicated that he will not run again. We have been calling for an orderly transition towards these reforms," Mr. Cannon said. "Here again, what's important is the stability in the region, and obviously an end to the violence that we're seeing."

Ottawa has consistently followed U.S. or British statements, so much so that Mr. Paris called them a "lagging indicator of U.S. policy." After the United States called for reforms and urged a peaceful response, Canada did, too, and when Washington urged "orderly transition," Canada followed.

Last night, it followed again: Mr. Cannon issued a statement urging the Egyptian government to begin an "immediate transition." But in the Commons later, he suggested transition should include electoral and constitutional reforms, but hedged on whether Mr. Mubarak's promise to step down in September is enough.

Ottawa has put more public emphasis than the United States has on worries about what change may bring.

In truth, both countries share the same concerns. Both worry about a repressive regime confronting pro-democracy demonstrators, but also have nightmares about Islamic extremists taking control, or a new government scrapping the peace treaty with Israel. Israel instructed ambassadors, including in Canada, to urge nations to curb criticisms of Mr. Mubarak, according to Haaretz newspaper.

On Tuesday, Mr. Cannon said regional stability, and Egypt's recognition of Israel, are how Canada will judge the transition. That night, Barack Obama promised the country's youth that the United States would be their partner as they choose their destiny. But when Mr. Harper issued a statement later echoing support for young Egyptians seeking democracy, he also urged them to ensure it's "not a transition that leads to violence, instability and extremism."

Mr. Obama has to worry that a superpower's statements can shape attitudes in the Arab world, less of a concern for Mr. Harper. But the difference also reflects political personas: Mr. Obama looks to express hope; Mr. Harper tends to warn of the need to steer through danger.

Mr. Harper's government spent much of the week emphasizing efforts to evacuate Canadians, organizing briefings and photo ops for the media. That focus on the domestic angle shows Mr. Harper remains marked by the criticisms he suffered over the 2006 evacuations of Canadian citizens from Lebanon.

But it's also been a week of foreign policy conservatism, in the small-c sense of the word: not rushing to stand out first, emphasizing Mideast stability when allies are a little more urgent about change and keeping the government's political focus close to home. 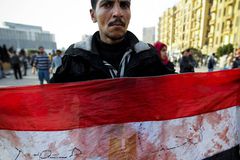 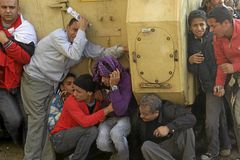 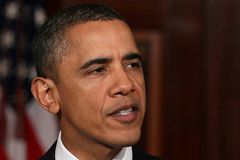 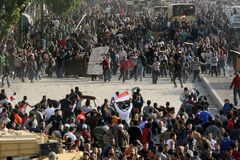 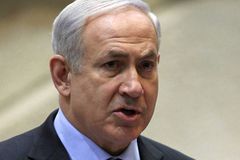 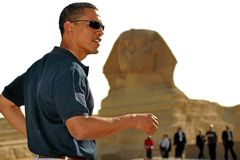 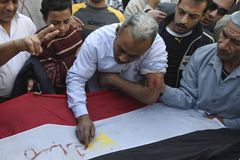 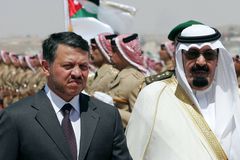