Stymied by the Supreme Court in its efforts to shut down a supervised injection site for drug addicts in Vancouver, the Harper government is making it more difficult for the clinics to open elsewhere in the country.

Health Minister Leona Aglukkaq tabled a bill in Parliament on Thursday that would require the federal government to consider a range of factors, including the views of police, provincial ministers and local government officials before granting the exemption to drug laws that allows the clinics to operate.

"Our government believes that creating a location for sanctioned use of drugs obtained from illicit sources has the potential for great harm in the community," Ms. Aglukkaq said in a statement. "Accordingly, we believe that the application process needs to be changed to create formal opportunities for local voices to be heard and their views considered before an exemption would be granted."

Since it was opened in 2002, InSite has been credited with preventing many overdose deaths and reducing the spread of blood-borne infections.

Groups in cities across Canada – Montreal, Toronto and Ottawa, in particular – have expressed an interest in having a supervised injection site in their communities. But police in Toronto and Ottawa are unequivocally opposed, as are both mayors.

The proposed new law, called the Respect For Communities Act, would require that weight be given to that sort of opposition.

Not only would a federal minister of health have to hear from local officials before granting the exemption, he or she would have to consult with public health officials and community groups, determine the clinic's financial sustainability, insist on records checks for staff, and assess the scientific evidence of a medical benefit.

In addition, the law would require the minister to consider any relevant data on drug use, infectious diseases, overdose deaths and drug-related loitering as well as the potential impacts of the site on public safety.

The clinics would be required to demonstrate the measures they would take to protect the security of staff and the local community, explain the available drug treatment services that would be provided, and provide a description of other procedures including the records for controlling the drugs left at the site.

And if InSite wants to continue operating after its current exemption expires, it will have to submit an application addressing all of the criteria of the new legislation as well as information on any variation in crime rates and other impacts created by the activities of the clinic.

The federal Conservatives, who objected to the notion of providing addicts with a place to inject legally sanctioned hard drugs, ended the exemption for InSite in 2008, although the clinic continued to function while the decision was challenged in the courts.

In a unanimous ruling three years later, the nine judges of the Supreme Court said the federal government may not ban such sites if closing them would increase the risk of death and disease among drug addicts – and that to do so would violate the rights to life and security.

On the other hand, the court said a federal health minister can block a safe-injection site after considering "the impact of such a facility on crime rates, the local conditions indicating a need for such a supervised injection site, the regulatory structure in place to support the facility, the resources available to support its maintenance, and expressions of community support or opposition."

Julio Montaner, the director of the British Columbia Centre for Excellence in HIV/AIDS, said he is proud of the fact that InSite's supporters won the legal battle to keep the facility open. The clinic has been credited with preventing overdose deaths and reducing the spread of blood-borne infections.

"Having said that, the evidence to date suggests that we lost the war," Dr. Montaner said. "Because the reality is that InSite is open. But there has been not a single [additional] site opened across this country."

That's because the federal government has sent a chill down the system, he said.

Dr. Montaner said consultation and a buy-in on the part of a community are important first steps to the establishment of a supervised injection site.

"But what we need is a mechanism to facilitate the opening of safe injection sites, which is what the Supreme Court of Canada actually intended with the ruling," he said. "The fact is that nothing has moved and I am very concerned that we have raging epidemics in Saskatchewan and Manitoba, for example, predominantly driven by injection drug use." 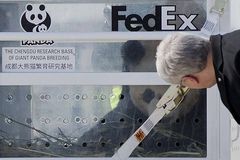 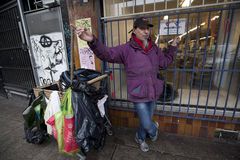 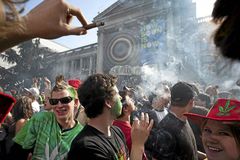