Stephen Harper is the Prime Minister who warned we cannot stand idly by in the face of the threat of Islamic State. Now, he acknowledged Wednesday, Canada is being asked to do more, to make a direct military contribution to the fight.

It is, Mr. Harper said, a request that his cabinet still has to discuss, and he added, he hasn't "ruled out anything." But by his own very public logic, it seems hard to imagine how Mr. Harper could do anything but respond to the call – perhaps by sending the typical Canadian contribution, a contingent of CF-18 fighters, to join air strikes.

But even before the decision, that's already a very contested idea. In Parliament, the opposition, especially the NDP, has appeared cool to a combat mission, and warned that the government is drifting into a military commitment of undefined scope and duration.

And though Mr. Harper's Conservative majority would certainly win the Commons vote he promises for any combat deployment, the debate could turn a military mission abroad into a messy political football at home – with a federal election in view next October.

Precisely what Mr. Harper is considering remains unclear, though he said he'll decide within days.

In New York, where he's attending UN sessions this week, he played up what Canada's already doing in Iraq, by sending military advisers and providing airlift for material, at an event with Wall Street Journal editor Gerard Baker. And when he was asked if he's ruling out a "direct military contribution," he replied: "We haven't ruled out anything."

"The United States, just recently, in the last couple of days, has asked for some additional contribution and we're weighing our response to that," Mr. Harper said. But he wouldn't reveal any details.

It was enough to have NDP Leader Thomas Mulcair warning that the Prime Minister is making secret plans that will place Canada on a dangerous, slippery slope.

"Do you remember how Canada started in Afghanistan? A few specialized troops. We'll be there a short time," Mr. Mulcair said outside the Commons. "So it's obvious Canadians have to be involved with real, complete information to know what it will accomplish."

Mr. Harper has promised any Canadian combat mission will be put to a Commons vote – and that debate could prove uncomfortable. Both Mr. Mulcair and Liberal Leader Justin Trudeau have recently raised Mr. Harper's desire to join the Iraq war in 2003, and emphasized the war-weariness of the Canadian public now.

But at a time when U.S. President Barack Obama is mustering a coalition, and British Prime Minister David Cameron announced he will seek parliamentary approval to join air strikes on Islamic State, Mr. Harper's own rhetoric about the need for military action hasn't cooled.

"It's obviously essential that, while terrorists and terrorist organizations may continue to exist, that they not have visible and open bases of operations from which to conduct either regional or eventually global impacts," he said in New York on Wednesday. "So I think the action is certainly warranted and we're certainly supportive of it."

University of Calgary professor Rob Huebert, a senior research fellow with the Centre for Military and Strategic Studies, said he believes that Mr. Harper's statements show he's already decided that Islamic State is a clear threat and Canada should play a bigger military role.

That's likely to mean a contribution of CF-18 fighter jets, like the six that joined the bombing campaign in Libya in 2011, Mr. Huebert said, or it could include a range of expertise in fighting insurgencies, like intelligence, communications, or logistics.

But domestic politics will be part of the calculation a year before an election, he acknowledged, and he said a substantial increase in Canada's contribution depends on whether Mr. Harper thinks a significant portion of Canadians will back it.

Some others think that makes it unlikely Mr. Harper will send jets to join a bombing campaign. Fen Hampson, a distinguished fellow with the Centre for International Governance Innovation argued that Canada's air force is ill-suited to the precision-bombing strikes, and the U.S. mission is ill-defined, and without an exit strategy. After Afghanistan, he said, Canadians will be wary: "Politically, it's a hard sell." 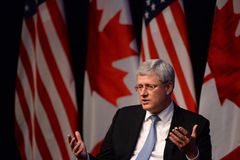 Opinion
Canada barely understands its battle against Islamic State
May 12, 2018

Canada aligns with global push against Islamic State
May 12, 2018 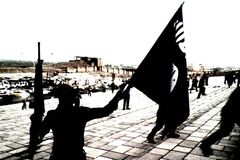 Anti-terrorism laws being reviewed due to Islamic State, Harper says
May 12, 2018 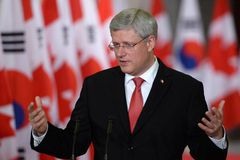 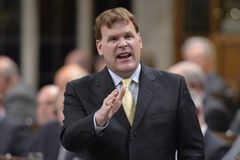