A leaked letter shows the prime minister told Defence Minister Peter MacKay last spring that his initial budget proposals did not cut deep enough on the administrative side of National Defence.

The three-page letter – dated June 15, 2012, and obtained by The Canadian Press – was written to provide "guidance" to Mr. MacKay and General Walt Natynczyk as the Conservatives embarked on a rewrite of their marquee defence policy.

The document sheds light on the divide between Stephen Harper's office, determined to wrestle the deficit to the ground, and a defence establishment resolved to protect the budget gains of the last five years.

Mr. Harper's missive sets out what cuts he was prepared to accept, what wouldn't work, and even suggests National Defence unload some of its surplus property.

"It is important that we reduce the current overhead in regular force military and civilian personnel, and in those activities that do not directly contribute to operational readiness," he wrote.

A spokesman for Mr. MacKay said the government doesn't comment on leaked documents and remains focused on getting the military the resources and equipment it needs.

Mr. Harper's letter to Mr. MacKay underscored that the days of ever-increasing defence spending are over, a new reality first announced in the March 29 budget and in a myriad of other public statements.

"We need to acknowledge that, given the current fiscal climate, there can be no expectation that the defence budget will grow in the next few years," he wrote.

"As a result, it will be imperative that we make every effort to ensure that each dollar currently devoted to defence is targeted towards enhancing our operational capabilities."

The fact Mr. Harper had to spell out everything speaks to the kind of resistance his government seems to be facing from defence, said University of Ottawa defence expert Phil Lagasse.

"I think it suggests there's an appreciation on the part of the prime minister that the defence establishment has a tendency to try and do things its own way, and that it has been resistant to political direction in recent years," he said.

"Does that reflect poorly on the defence minister? Perhaps not as a person, but certainly it seems to suggest that the prime minister is somewhat concerned about his defence minister's ability to properly implement his preferences and his direction."

In 2008, as part of the first defence strategy, the Conservatives promised stable and predictable funding increases to the military over 20 years. While it still provides increases to the operational budget, those hikes are more than offset by planned cuts that one defence researcher estimated a few weeks ago could total $2.5-billion a year by 2014.

Defence has been wrestling with how to implement the government's strategic review and the deficit reduction plan, but proposals about what to cut have been a closely guarded secret.

It's clear from Mr. Harper's letter that Mr. MacKay's first round of proposals last spring did not pass muster.

"As we begin our review of the [Canada First Defence Strategy] I ask you start by making the detailed completion of your Department's Deficit Reduction Action Plan (DRAP) your first priority," the prime minister wrote.

"Thus far, your DRAP proposals have not sufficiently addressed corporate and institutional support and services."

The letter estimated that almost $11-billion out of a total Defence budget of $20-billion was swallowed by both civilian and military administration.

Mr. Harper urged Mr. MacKay to consult more with a cabinet committee that's steering the government-wide series of cuts, and to talk more with his office.

He also laid down red lines about what not to cut.

"You should work closely with the next iteration of the Strategic and Operational Review Committee, as well as central agencies and my office, and present detailed proposals that critically examine corporate and institutional overhead with a view to avoiding budgetary reductions that impact on operational capabilities, the part-time reserves, training within Canada, and the promotion and protection of our national sovereignty," said the letter, which was copied to Treasury Board President Tony Clement and Public Works Minister Rona Ambrose.

In a paper for Carleton University's Centre for Security and Defence Studies, defence expert Dave Perry warned that the cuts planned by the Harper government can't help but take a bite out of "readiness" because of the way the Defence Department manages its budget and the military's unwillingness to give up capabilities, such as ships, tanks or planes.

As the letter suggests, Mr. Harper remains convinced the savings can be had in the bureaucracy in much the same way retired lieutenant-general Andrew Leslie suggested in a landmark report last year.

"You will need to demonstrate that all internal efficiencies have been identified and pursued, in addition to those in the 2011 Transformation Report," Mr. Harper wrote.

"This should include: critically examining the corporate and institutional overhead with a view to reducing duplication and consolidating on both the military and civilian sides; considering options to reduce DND's real estate holdings while remaining cognizant of government priorities."

The letter indicates a firm belief by the Prime Minister's Office that Mr. Leslie was correct in urging significant cuts of overhead, said Mr. Lagasse.

But Mr. Lagasse says he remains skeptical that Mr. Harper and Mr. Leslie are right.

"The programs they have in place exist for a reason. They're not all fat and they're not all pork. You will eventually need those very things you're being asked to cut," Mr. Lagasse said. 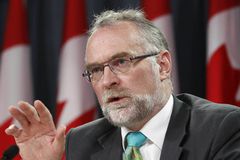 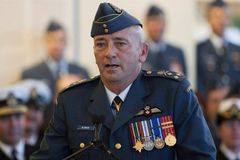 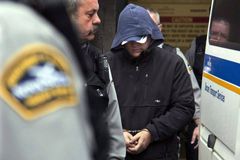