Stephen Harper has ordered government bureaucrats back to the drawing board to craft a more expansive international claim for seabed riches in the Arctic after the proposed submission they showed him failed to include the geographic North Pole, The Globe and Mail has learned.

The Arctic is believed to contain as much as one-quarter of the world's undiscovered energy resources, and countries are tabling scientific evidence with a United Nations commission to win rights to polar sea-floor assets. Under the UN Convention on the Law of the Sea, a country can secure control of ocean floor beyond the internationally recognized 200 nautical mile limit if it can demonstrate the seabed is an extension of its continental shelf.

Senior government officials say Canada will meet its Dec. 6 filing deadline for making an application to the UN Commission on the Limits of the Continental Shelf, but it will be a preliminary submission that outlines a portion of the Canadian claim and preserves this country's right to make further submissions later.

Mr. Harper has spent much of his career as Prime Minister styling himself a champion of Canadian sovereignty in the Arctic and has made advancing claims for undersea polar resources a major plank in his strategy for the region.

The Prime Minister's Office and cabinet have had concerns for several weeks about the claim, and this week Mr. Harper asked bureaucrats responsible for the application to take more time to get the submission right, sources say.

The Prime Minister is not prepared to forfeit Canada's claim to the geographic North Pole to Russia and Denmark, senior officials said by way of explanation. The final claims of both these countries are expected to cover this area.

Sources say the proposed Canadian claim that failed to meet Mr. Harper's approval did not include all the possible areas that could qualify as an extension of Canada's continental shelf based on available evidence and the UN commission's scientific criteria.

The Canadian government has worked for nearly a decade on its submission – which will cover areas in both the Arctic region and the Atlantic ocean – and the cost of this exercise, including mapping the sea floor, has run more than $200-million.

In 2009, Canada's mapping of the Arctic pushed into territory Russia has claimed in the high-stakes drive by countries to establish clear title to the polar region and its seabed resources.

Survey flights Ottawa conducted in late winter and early spring that year went beyond the North Pole and into an area where Russia has staked claims. They took readings of undersea formations and ridges in the High Arctic.

Moscow claimed territory up to the North Pole in its 2001 submission under the United Nations Convention on the Law of the Sea, but was told by adjudicators to gather more evidence. The Russians are not expected to back down. In 2007, a Russian submarine drove this point home when it dropped a Russian flag on the seabed at the North Pole.

Both Canada and Russia say they believe the mineral and oil-rich Lomonosov Ridge, which runs beneath the ocean and close to the geographic North Pole, is a natural extension of their continental shelves.

A boundary dispute with Russia would open up a new diplomatic challenge for Canada. Both countries have nevertheless committed to a peaceful resolution of conflicts over claims submitted under the international process.

It will take years for the scientific evidence to be verified. 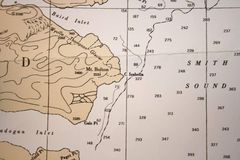 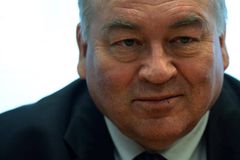 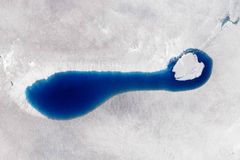 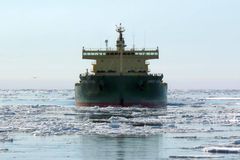