The Privy Council Office, the bureaucracy that serves the prime minister and cabinet, played a key role in designing a lengthy 15-month hiring process for members of the government's badly backlogged social security tribunal, an internal memo shows.

The document, obtained by The Canadian Press, says the process was approved by Prime Minister Stephen Harper just six months before the tribunal launched.

Employment Minister Jason Kenney has pointed the finger at the "rigorous pre-screening process" for new tribunal members as one of the reasons why thousands of terminally ill or injured Canadians are waiting years for appeals after being denied Canada Pension Plan disability benefits.

In an effort to deal with the 11,000-case backlog for social security appeals, mostly involving CPP disability benefits, Kenney has since shortened the 15-month hiring process.

Critics question why PCO would have designed such a lengthy screening process to begin with, and why Harper agreed to it. Former adjudicators under the old system say they were brought on board in a much shorter period of time.

"Approving a 15-month hiring process for an organization that would open in six months shows the government had little concern about the fact that it would leave thousands of vulnerable Canadians in an appalling and completely unnecessary situation," Liberal MP Rodger Cuzner said Wednesday.

"But these are the kinds of decisions that get made when Priority 1 is saving money to pay for an income-splitting benefit for the wealthy."

The new tribunal inherited about 6,000 outstanding cases when it launched on April 1, 2013, replacing four former appeals panels in what was billed as an effort to streamline the process and save Canadian taxpayers $25-million a year.

In a memo to Kenney sent in January from Service Canada and obtained via the Access to Information Act, the minister was told that "discussions with PCO resulted in a selection process for SST members, approved by the prime minister, which sets the parameters for future selection initiatives."

The memo, written as the social security backlog continued to swell, says a 12-month selection process was in place on the tribunal and an additional three months were required to appoint candidates to the proper positions.

"The total estimated time for a selection and appointment process would be 15 months," the memo read, asking Kenney to be mindful of the lengthy hiring process while urging him to sign off as soon as possible on new hires.

The memo also delves into difficulties finding bilingual candidates to hear appeals on the new tribunal.

"The current pool ... has no bilingual candidates outside of Quebec and there are limited candidates in some regions," it reads. "There are also only four aboriginal people, two persons with disabilities and six visible minority candidates."

Critics have pointed out that there were already 1,000 well-qualified part-time referees working in the old system who could have been approached to work on the new tribunal, or kept on while new members were being vetted, in order to prevent even further delays for some of Canada's most vulnerable citizens.

Only a handful of former referees were hired onto the new tribunal. And new appointees sat idle for much of their first year of employment, those familiar with the launch of the tribunal have said.

Philippe Rabot, one-time review tribunals commissioner under the old system, has said that 30-40 appointees making $100,000 were "sitting at home that first year."

No work was assigned to them because the tribunal simply wasn't ready to roll out on April 1, 2013, he said. The tribunal, meantime, says those appointees were being mentored by more "more experienced members" and learning how to operate a new case management computer system.

A former referee under the old system said she was personally laid off two years ago by someone who had just left the PCO to join Employment and Social Development.

"The PCO was definitely deeply involved in the entire transition from the old system to the new tribunal," said the former referee, who spoke on condition of anonymity out of fear of reprisals.

There are now 73 full-timers on the new tribunal and a freshly hired part-time complement of 22 employees.

A spokesman for the tribunal said Wednesday that at Kenney's request earlier this year, the hiring process was shortened for both full-time and part-time members.

"The department accelerated the 2014 process by conducting three concurrent panels for interviews (instead of only one panel), and prioritizing those candidates who indicated interest in part-time positions," said Pierre Nolet. 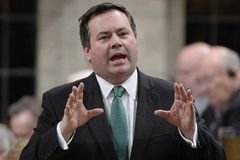 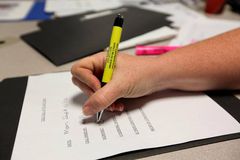