Stephen Harper is rejecting calls for Canada to take immediate action to resettle Syrian refugees in response to a growing humanitarian crisis, arguing the problem is bigger than simply bringing in more refugees.

The shocking image of a three-year-old Syrian boy's lifeless body lying face down on a Turkish beach stopped the Canadian election campaign in its tracks Thursday and resonated around the world. News that the boy's family have relatives in British Columbia who were supporting them financially and hoping to bring them to Canada put federal refugee policy at the centre of the debate.

The Conservative Leader was sombre as he described the moment he and his wife first saw the image of young Alan Kurdi's body. However, he continued to stress that the scale of the problem facing the Middle East and Europe cannot be solved by refugee policy alone.

He said military action is required in order to address the root causes that are forcing millions to flee the war-ravaged regions, noting he has already pledged during the campaign to accept 10,000 more refugees from Syria and Iraq over four years if re-elected.

"Millions of people are being pursued, slaughtered by the so-called Islamic State and its allies and we have to do something about that," he said. "And I don't know how you look at these images and conclude we should walk away and let those people be killed because we don't want to participate in a military engagement. I think that's completely irresponsible. Our reaction is we're doing everything. We need to do more. We will do more on every front."

Both the NDP and the Liberals oppose Canada's combat mission in Iraq and Syria.

The plight of the Kurdi family has put the government's refugee policy in the spotlight of the federal campaign. The Conservatives are facing calls to speed up the processing of Syrian refugee claims, and to take charge of a majority of refugee claimants, instead of favouring private sponsorships by family members and NGOs, which face many bureaucratic hurdles.

Others argue for more immediate action. Amnesty International Canada spokesman Alex Neve said in an interview that Canada should immediately bring in 10,000 Syrians through government sponsorship "on the basis of need" as defined by the UN.

"The government should rely on the UNHCR, the front-line agency that has the big-picture view, that is working with the refugees in the camps, to identify those refugees who are most urgently in need of resettlement, whatever their background," he said.

Speaking in Toronto, NDP Leader Thomas Mulcair was emotional as he spoke about the image of the dead boy. He compared it to the iconic 1972 image of a girl fleeing a napalm attack during the Vietnam War and echoed the call for Canada to immediately accept 10,000 refugees.

Liberal Leader Justin Trudeau repeated his stand that Canada should accept 25,000 refugees immediately and accused the government of lacking compassion.

Immigration Minister Chris Alexander suspended his campaign work to return to Ottawa for briefings on the issue. Another senior minister, Jason Kenney, also cancelled a news conference in Brampton that was supposed to be about immigration policy. It was left to Mr. Harper to address the issue directly during a public appearance in Surrey, B.C.

The government pledged to take in a total of 11,300 Syrian refugees in separate announcements in 2013 and in January of this year, and Mr. Harper promised to bring in another 10,000 refugees from both Syria and Iraq over four years during the campaign.

The government said on Thursday that to this point, Canada has welcomed 2,374 Syrian refugees, of whom 622 – or 26 per cent – were assisted by the federal government. The others were privately sponsored by individuals or NGOs.

In a brief interview with The Globe and Mail Thursday, Mr. Alexander stated that Canada is a world leader in accepting refugee claimants and argued the government has been speeding up its approval process.

The tragedy that struck the Kurdi family made front-page headlines around the world.

There were reports Canada had rejected a refugee claim filed by the boy's father, Abdullah Kurdi, who lost his wife, Rehanna, and their two sons, three-year-old Alan and five-year-old Ghalib.

But Mr. Kurdi's sister, Tima, who lives in B.C., said the request that she filed and was not approved by Ottawa was for another Kurdi brother, Mohammed. Still, she said she was supporting Abdullah's family financially and had hoped to bring them to Canada as refugees.

During a tear-filled news conference, Ms. Kurdi said it was her intention to sponsor one of her siblings' families at a time as her finances would not allow otherwise.

"Financially, I can only sponsor one by one. So I decided on Mohammed, my older brother, first because his kids have not gone to school for the last three years. So we can bring them here, start their life and go to school."

Instead, she wrote a letter, which her local MP delivered to Mr. Alexander.

"Their situation has become desperate," she wrote. There was no response.

This campaign is being taken over by events out of Harper’s control
September 3, 2015 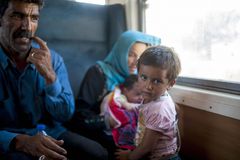 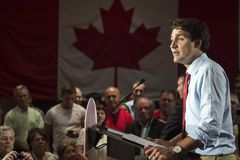 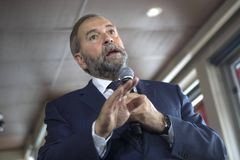 Follow Bill Curry, Daniel Leblanc, Ian Bailey and Tu Thanh Ha on Twitter @curryb @danlebla @ianabailey @TuThanhHa
Report an error Editorial code of conduct
Due to technical reasons, we have temporarily removed commenting from our articles. We hope to have this fixed soon. Thank you for your patience. If you are looking to give feedback on our new site, please send it along to feedback@globeandmail.com. If you want to write a letter to the editor, please forward to letters@globeandmail.com.
Comments