Prime Minister Stephen Harper is expected to address the crisis in Ukraine and the threat of the Islamic State, which has taken over large swaths of Syria and Iraq, during a speech to the United Nations General Assembly later this month.

The speech, which marks Mr. Harper's first address to the global body since 2010, comes amid heightened concern about global security challenges, including Russian aggression in Ukraine and the deepening crisis in Syria and Iraq. A government source who spoke on condition of anonymity said Mr. Harper is expected to address both issues in his remarks. It's also likely that the address will deal with global efforts to improve the health of mothers and children, the source said.

In addition to the formal address, Mr. Harper will participate in a meeting on maternal and child health and a dinner focused on climate change, though he will skip a day-long climate summit scheduled for the same week, the Prime Minister's Office said. Mr. Harper discussed the coming events in a phone conversation with UN Secretary-General Ban Ki-moon on Wednesday morning.

The Conservative government has often been accused of snubbing the United Nations, in part because Mr. Harper has addressed just two of its annual meetings since he took office – in 2006 and 2010. Although he was in New York during last year's general assembly, Mr. Harper declined the opportunity to give a formal speech and instead participated in a business discussion and an event focused on maternal health. The year before that, he accepted a world statesman award from an interfaith organization in New York.

Roland Paris, director of the Centre for International Policy Studies at the University of Ottawa, said he's encouraged that Mr. Harper will be speaking at the assembly this year. "Canada's negative attitude toward the institution as a whole has been noticed," he said, adding that he believes that has weakened its overall position at the United Nations.

Fen Hampson, director of the Global Security and Politics program at the Centre for International Governance Innovation in Waterloo, Ont., said Mr. Harper may also be looking to send a message about his government's position on the international stage ahead of the next federal election.

"This is an opportunity for the Prime Minister to make a broader foreign policy address about where his government sits on some major, pressing global challenges in international security," he said, noting that the biggest audiences for world leaders' UN speeches tend to be citizens in their own countries.

Prof. Hampson added that he hopes Mr. Harper will use the opportunity to advocate for changes to the UN's Security Council, which has been unable to take action on a number of global crises because all five permanent members hold the power to veto any proposal.

The speech also presents an opportunity for Mr. Harper to tout his government's efforts to improve maternal and child health in low-income countries. The Prime Minister played host to a summit on the topic in Toronto earlier this year, which Mr. Ban attended, and Mr. Harper has said he would advocate to keep the health of mothers and children on the UN's agenda.

The UN is slated to hold a summit on climate change the day before the general assembly opens. Mr. Harper will take part in a related dinner, but he will not attend the climate summit itself, leaving Environment Minister Leona Aglukkaq to represent Canada at the event.

A provisional list of speakers at the United Nations General Assembly indicates that Mr. Harper's address would take place on the afternoon of Sept. 25. 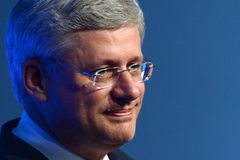 Canada tightens rules on use of diplomatic passports
September 10, 2014 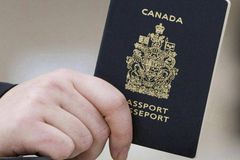