Over at the National Post, Matt Gurney recently stated that "Facebook groups are just about the dumbest way to advocate a political cause." His comments echo those of a number of pundits and politicians who give online activism - and Facebook groups in particular - short shrift.

For a variety of reasons online activism is discounted as not being "real" politics. Well, Facebook isn't going to remake politics, but it does matter - something the explosive growth of the 150,000 person (and rising) group Canadians Against Proroguing Parliament and the first anniversary of the anti-coalition Facebook campaign offers us a chance to reflect on. So here are three lessons on online activism for the Prime Minister, the news media and the rest of us.

1. Taking out the trash is no more

Back on Dec. 30, when Stephen Harper decided to shut down Parliament, John Ibbitson called it a record " take out the trash day ." Journalists use this expression to describe government's nasty habit of burying stories by releasing them on Friday afternoons, ideally before a long weekend.

Such tactics worked because traditional media believed the public wouldn't read a story that by Monday would be considered "old" (old being three days ago). Social media sites like Facebook break this cycle by allowing people to self-identify as members of an interested audience (and electorate).

A 150,000-strong Facebook group means the prorogation story now has a built-in audience. Since a really big story on the Globe website can receive 100,000 pages views in a day, a 150,000 group (which hints at a still much larger audience) is a tempting target for investigative journalists and political commentators hoping to attract the attention of readers. Consequently, Facebook activism takes a story that five years ago might have been buried and gives it strong, powerful legs.

2. Lower barriers to entry are a strength, not a weakness

Easily the biggest fallacy around online politics is the belief that because something is easy, it doesn't matter. Joining a Facebook group is easy; marching is hard. So pay attention to marchers and ignore Facebook groups, the reasoning goes.

But a Facebook group's low barrier to entry allows people to join who might have been uncomfortable marching (read mainstream voters). Indeed, Facebook is particularly clever about this. When logged in and looking at a group's members, it will list your friends first. This makes the group more inviting than if it you showed you a pack of strangers you weren't sure you could trust.

Facebook and other social media campaigns nudge people who might have previously ignored an issue into become more aware and mobilized. Indeed, this appears to be happening with Canadians Against Proroguing Parliament. A number of smaller, city-based sub-groups are springing up with the goal of organizing local rallies. Suddenly people who didn't care about an issue are willing to march. It is arguably also what happened last year during the anti-coalition rallies organized by conservative bloggers.

Yes, the Facebook group is a low rung on the ladder of political engagement - but that makes it more powerful, not less so.

3. Look at the impact, not the medium

The same critics who ignore Facebook and social media because "it's easy" have also taken their eye off the prize. Why do citizens march? Ultimately, to raise awareness among the broader public, gain more support and force a change (usually at the ballot box). These happen to be the same goals of a Facebook group.

In this regard, a Facebook group is a rally, and assessing effectiveness around how hard it is to join is like assessing the effectiveness of an athlete by how much they train instead of how they perform on game day. What matters is not the barrier to entry, but how much awareness the group brings to the cause - which, in this particular case, is a great deal.

Indeed, if the anti-prorogation group is smart, it will announce it intends to keep the group running until the next election and no further. This will make it clear to its members that they want them to connect their online activism with their voting intention - and the group will serve as a persistent reminder of the current Prime Minister's choices regarding accountability and democracy.

Of course, Mr. Harper whould understand how powerful online activism can be since, last year, he benefited from a popular Facebook group opposed to a coalition government. But while that effort worked in his favour, the next three months are likely going to be long and uncomfortable for the Prime Minister as the media and an activist public refuse to let him forget his recent choices very quickly.

David Eaves is a public-policy entrepreneur, open government activist and negotiation expert based in Vancouver

Opinion
Prorogation will not loosen the PM's grip
January 8, 2010 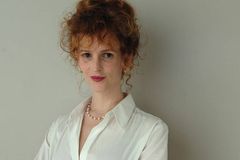