Opposition critics are urging the federal government to support calls for international control over the investigation of the Malaysia Airlines crash – but are split over Prime Minister Stephen Harper's response to the tragedy thus far.

After Thursday's crash, Mr. Harper released a written statement expressing condolences to the families of the victims and pledging Canadian support for any investigation. He also pointed a finger at Russia for stoking unrest in the region where the plane was downed, a crash widely expected to be the result of a missile strike.

"I think the tone was inappropriate. It should have been about the people that lost their lives, and mourning their loss, and saying that we will bring those who are responsible to justice by working with all our allies to do that…. That's what I think our position should have been, and not going further than that," Mr. Dewar said. He also pushed back against "speculation from the Prime Minister," saying the facts of the crash are not yet clear.

"If there is one person who could end this fight in, if not 24 hours, in a week, that is Vladimir Putin. All he needs to do is stop supplying weapons to the separatists," Ms. Freeland said. Asked about the Harper response so far, Ms. Freeland said the Liberals have taken a "very strong line in support of Ukraine, and it's really important for me personally as a Ukrainian-Canadian. For us as a party, we think Canada is stronger in supporting Ukraine if we don't play politics with this issue."

Foreign Affairs Minister John Baird was silent on the matter Friday, with his office not providing any new updates after the Prime Minister's written statement Thursday.

In interviews about the crash and its international fallout, both Mr. Dewar and Ms. Freeland paused to acknowledge the families of the dead. Both also called on Ottawa to supports calls – from United Nations Secretary-General Ban Ki-moon and others – for a full, transparent, international investigation of the crash, a move Mr. Dewar said would likely require a ceasefire between the Ukraine government and pro-Russia rebels.

"To both honour the lives of those lost and bring the perpetrators to justice, we should be looking at this like you would any criminal act, and find those who were responsible, whomever they might be," Mr. Dewar said.

Ms. Freeland applauded recent additional U.S. sanctions against Russia and called on Mr. Putin to do his part to move quickly to end clashes in the Ukraine – an unlikely event, as a statement from the Russian Embassy Friday said the crash is the fault of Ukraine.

Ms. Freeland, a former journalist who worked in the region, called for European leaders to push back against Mr. Putin.

"It's time for the Europeans to get involved. This is happening in their own backyard, they can't look away, and I think they need to step up their efforts. And I think it's very important for Canada to continue to be a very strong voice in this international pressure," she said.

The plane's crash underscores what impact regional conflicts – as in the Ukraine – can have internationally, whether or not the global community is involved in the conflict, Ms. Freeland said.

"To me, what this tragic shooting down of the airplane shows is the price for all of us of living in a globalized world and, you know, all these people from all over the world jumping on a plane from Amsterdam to Kuala Lumpur. The price of that kind of life, that we're all part of, is that foreign policy matters and international security really matters. And I hope that that's the lesson that we'll all learn and we'll see stepped-up international attention," Ms. Freeland said.

MH17: Ontario student among victims mourned, along with children, AIDS experts and others
July 18, 2014 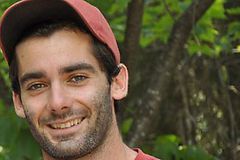 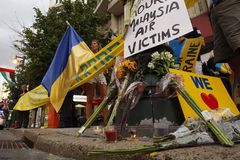 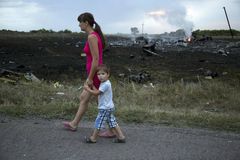 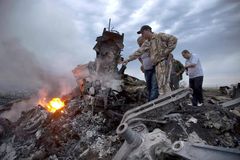