Stephen Taylor is not, as it turns out, a long-lost Koch brother.

For a brief and glorious few days for the conspiracy-minded, the Ottawa-based Conservative activist conjured images of a takeover of Canadian politics by big money – if not the nearly $1-billion that the right-wing industrialists Charles and David Koch want to invest in influencing next year's U.S. presidential election, then maybe just the few million it might take to give Stephen Harper an extra edge before our own federal vote.

Instead, despite purportedly raising about a half-million before it was shut down on Thursday evening, Mr. Taylor's "HarperPAC" mostly served as a cautionary tale about unwanted help. Launched to run attack ads against Liberal Leader Justin Trudeau and NDP Leader Thomas Mulcair during a prewrit period in which unlimited dollars can be spent on such things, it turned out to be decidedly unwelcome with the Prime Minister.

For all the hand-wringing that it generated over the Americanization of our politics, HarperPAC demonstrated that, if anything, the right is less ready than the centre-left to exploit gaps in political financing laws on third-party spending. While the union-backed group Engage Canada chugs along, trying to help out Liberals and New Democrats with ads attacking Mr. Harper, the "political action committee" largely intended as a response to it lasted a grand total of 3 1/2 days.

It is difficult to tell quite how much of that is cultural and how much is specific to the way HarperPAC went about its business, but probably it is some combination.

If Mr. Taylor had called his effort something anodyne like Engage Canada or Working Canadians (a Conservative-aligned group that has at least managed to get off the ground, if not have a huge impact), it would probably still be going.

"The issue that we have is the name," Conservative official Kory Teneycke said on Friday in explaining why he spoke out publicly against HarperPAC the previous day and prompted Mr. Taylor to abandon it.

The "PAC" part probably did not help, because it was evocative for anyone who follows U.S. politics, but "Harper" was the real sticking point. The party was alarmed, Mr. Teneycke said, by "the degree to which we were finding people confused" about whether it had the PM's seal of approval.

Given the potential for third-party ads to veer off-message, any party would probably share similar concerns; Liberal officials would not be thrilled if something called "TrudeauPAC" suddenly popped up.

But even more than most, the Conservatives are a party in which the leader and a small circle around him exert strong control, and guard it jealously. Given how hard they worked to bring discipline to a conservative movement that had suffered for lack of it, they really do not like surprises. And by law, the efforts of a group such as HarperPAC must come as a surprise.

Outside the official writ period, third parties can raise and spend as much money as they want from whoever they want without disclosing it. The one thing they cannot do is liaise with a party they are trying to help.

Whereas Liberals and New Democrats seemed reasonably eager for Engage Canada to launch, even if they had to stay far from it, it is an open question whether the Conservatives are enthusiastic for any such backing. The way they lashed out at HarperPAC, despite Mr. Taylor listing high-level former staffers as advisers, may signal to future would-be surrogates their help really is not wanted.

Mr. Taylor, who was turning down interview requests on Friday, probably counted on a little more gratitude. But others affiliated with the effort suggested it may have had its upside.

Like many Conservatives who believe it is easier for the left to get union cash behind third-party efforts than for the right to collect private dollars, they say, Mr. Taylor might welcome a debate about whether the rules should be tightened after this election.

The flashy name that got him in trouble was chosen partly, it appears, to draw attention to the rise in third-party spending that seems to be emerging from the move to fixed election dates. He was probably just hoping he would get to use it a bit longer. 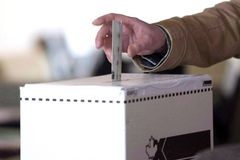 HarperPAC shutting down less than a week after launch
June 26, 2015 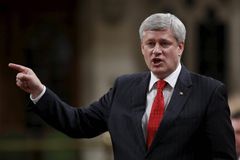 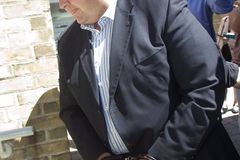