The Prime Minister's chief of staff is one of a number of Conservative and federal officials who have been subpoenaed by the Crown to testify at the Mike Duffy trial in April, sources say.

The Crown has called on Ray Novak, the top aide in Stephen Harper's office, to be ready to testify when it lays out its fraud case against the PEI politician. Mr. Novak was the successor to Nigel Wright, the former chief of staff who left two years ago over his controversial payment of $90,000 to cover Mr. Duffy's allegedly ill-claimed expenses.

Mr. Duffy's trial will be a key political moment in this election year. It is expected to provide an unprecedented insight into the inner workings of the Harper government and the Conservative Party, which has taken a hit over allegations of misuse of public funds in the Senate.

Another potential Crown witness is Ashley Cain, a former aide to Mr. Duffy who currently works in the correspondence unit in the Prime Minister's Office. Conservative senators David Tkachuk and Daniel Lang are among the numerous occupants of the Red Chamber expected to appear at the trial, sources said.

There is no indication that the Crown will ask Mr. Harper to testify, although he has acknowledged he directly asked Mr. Duffy in 2013 to reimburse his controversial expenses. The Prime Minister has denied he knew anything about Mr. Wright's decision to cover that payment.

The Prime Minister's Office said the government will continue to co-operate with the authorities in this matter. "We have always said that the office is prepared to offer whatever assistance is requested. Two people have been asked to be prepared to testify to assist the Crown," PMO spokesman Jason MacDonald said.

The Senate voted in 2013 to suspend Mr. Duffy without pay, as well as Conservative appointees Patrick Brazeau and Pamela Wallin, over the expenses scandal.

While the RCMP initially investigated Mr. Wright, it concluded last year that his payment to Mr. Duffy did not constitute a crime and closed the case without laying any charges.

RCMP sources have said Mr. Wright will be expected to testify at Mr. Duffy's trial, although that has not been confirmed. Mr. Wright is now based in London, and his lawyer, Peter Mantas, has said "we won't be making any comment on the Duffy trial."

Speaking through his lawyer after he was hit with 31 charges last July, Mr. Duffy maintained his innocence and said he looked forward to a fair hearing in court.

Defence lawyer Donald Bayne made much of the fact Mr. Duffy is charged with bribery in connection with the $90,000 he received from Mr. Wright, while the former Harper aide was not charged for providing the money.

"I am sure that I am not the only Canadian who will now wonder openly how what was not a crime or a bribe when Nigel Wright paid it on his own initiative became, however, mysteriously, a crime or bribe when received by Senator Duffy," the lawyer said. "The evidence will show that Senator Duffy did not want to participate in Nigel Wright's and the PMO's repayment scenario, which they concocted for purely political purposes."

The Duffy investigation began with a probe of housing-allowance claims for an Ottawa home that the senator said was not his primary residence but the RCMP alleges was in fact his main dwelling.

It grew far beyond that, with RCMP Assistant Commissioner Gilles Michaud stating that it also included expenses charged to taxpayers for personal or party-related travel, the awarding of consultant contracts where funds were allegedly used for personal gain, and the circumstances under which the senator asked for, and received, $90,000 from Mr. Wright.

The charges Mr. Duffy faces include 15 counts of fraud for amounts totalling more than $200,000, 15 counts of breach of trust and one count of bribery. 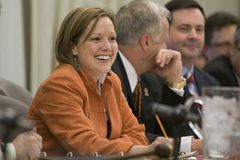 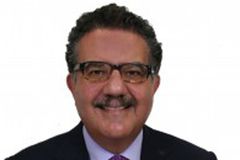 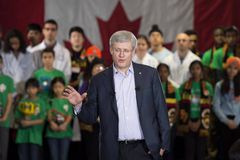 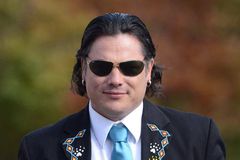 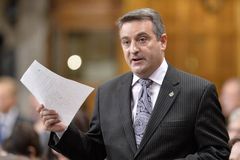 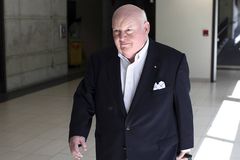 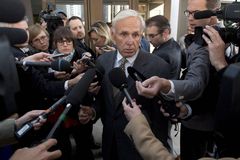