Stephen Harper is embracing the notion that Canada's controversial oil sands are an "ethical" source of energy, strengthening his support of the maligned resource and kicking off a new chapter in the debate over what critics call "dirty oil."

The Prime Minister told reporters Friday that his government wants to "explain to the world" that petroleum from Western Canada's oil sands is superior in respects to crude from other countries.

"The oil sands are a very important resource for our country, it's a source of economic growth and jobs across the country, not just in the West, but in Ontario and Quebec, too," Mr. Harper said after an announcement in Welland, Ont.

"It's critical to develop that resource in a way that's responsible and environmental and the reality for the United States, which is the biggest consumer of our petroleum products, is that Canada is a very ethical society and a safe source for the United States in comparison to other sources of energy."

The Prime Minister's comments build on newly minted Environment Minister Peter Kent's declaration this week that the oil sands are an "ethical" source of energy and one that should take priority in the U.S. over foreign producers with poor democratic track records or those that use petrodollars "to fund terrorism."

Canada's tarry resource has acquired a reputation as an environmental scourge outside the country due to its greenhouse-gas-intensive extraction methods and the ensuing damage inflicted on surrounding ecosystems.

The Harper government is working to ensure that what Mr. Kent calls a "bad rap" doesn't persuade U.S. legislators to take steps to thwart exports from Canada or scare off investment in the oil patch. Environmentalists and members of Congress have campaigned against U.S. approval for TransCanada's proposed Keystone XL pipeline, which would carry oil sands bitumen to U.S. Gulf Coast markets.

Environmental activists say the Harper government is adopting a classic diversionary tactic to redirect attention away from the oil sands' poor environmental record.

"It's a rhetorical device; it's bait and switch," said Ed Whittingham, executive director of the Pembina Institute. "It's designed to make us forget about the negative environmental impacts we have in Canada because you are comparing to a completely lower standard in other countries."

Mr. Levant has helped popularize the argument that oil-sands petroleum is ethically superior to petroleum produced by countries such as Saudi Arabia and Venezuela and other regimes with dubious environmental and human-rights records. By comparison, he argues, Canada is environmentally responsible, peaceful, offers its workers fair wages and respects human rights.

"By hearing Minister Kent use that phrase, and pound the pulpit around it, it does sound like Ezra Levant is writing media lines for the Minister."

Mr. Whittingham accused the Harper government of embracing the ethical-oil argument to shift attention away from its own failings in the oil sands. A report by scientists at Canada's Royal Society last month painted Ottawa as an absentee oil-sands overseer and lamented Alberta's weak regulatory system, adding both governments' efforts haven't "kept pace" with development.

Sierra Club of Canada executive director John Bennett said Canada should focus on improving its own record rather than attacking other countries. "The fact that the Saudis or Nigerians or others are worse in human rights and environment is not relevant. We can't do anything about that; we can deal with our oil sands and we are not." 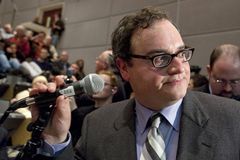 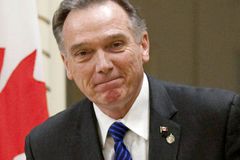 Opinion
A changing climate - just not in cabinet
January 5, 2011 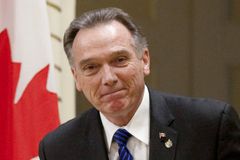 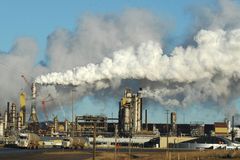