Something terrible happens to Harperland when it leaves Canadian soil: It remain the same. Foreigners react with the same bewilderment to the antics of Messrs. Harper and Baird abroad as so many Canadians do to their lamentable policies at home.

Not even our allies, for example, fathom the Canadian government's blind unconditional infatuation with the Netanyahu government in Israel or its extravagant embrace of the constitutionally dubious government of Ukraine.

No one understands the reckless statements the Prime Minister has grown fond of making. What could he have meant in Kiev last month when he alone among the allies imperiously insisted that Russia must "reverse" its takeover of the Crimea? Or else what? No one knows.

What did Mr. Harper mean when he told Americans that he won't "take no for an answer" from the United States on the Keystone pipeline? What if President Obama does say "no"? Who knows?

What kind of international role are we playing when our government slashes foreign aid, as it did last year by 11.4 per cent, the greatest decrease among all western nations?

Harperland proudly claims to be pursuing a foreign policy committed to human rights. Except for China, that is. Oh, and the brutal military dictatorship in Egypt. And Saudi Arabia, wouldn't you know. We've just signed our second juicy arms deal with the Saudi dictators. In 2011, Harperland approved the export of $4-billion in military weapons to the Saudi kingdom. Two months ago it was a new arms deal worth $10-billion – the largest in Canadian history, the government boasted. These armoured vehicles will no doubt better allow Saudi royals to protect human rights, democracy, women and gays.

And now comes a final mystery, potentially the most heart-breaking of them all. Earlier this month Foreign Minister John Baird addressed an International Conference on the Prevention of Genocide in Brussels, aka The Never Again Club. On the eve of the 20th anniversary of Rwanda's genocide, and with the Central African Republic arguably on its way to becoming yet "another Rwanda," another huge international hot air gabfest was just what the world needed.

Mr. Baird's contribution was 742 words long, with "Never Again" of course featuring in the very first sentence. Here is his peroration:

"Too often, our efforts at prevention have been inadequate, and the resolve of the international community has been found lacking…

"Canada is also extremely concerned about the situation in the Central African Republic…The international community must remain engaged to prevent any further deterioration in this situation….

"Let us not look back when it's too late, and wonder if we really did enough."

Connoisseurs of empty rhetoric will applaud this gold-medal effort. For Mr. Baird used these heartfelt words to commit Canada to doing exactly nothing to address the terrible calamity that's engulfed the CAR.

"The Security Council has approved my proposal to deploy a United Nations peacekeeping mission to the Central African Republic – opening the way for 10,000 troops and almost 2,000 police to bring a semblance of order to a nation in ruins.

"Will the international community act now instead of apologizing in 20 years for not doing what was needed when we had the chance? Will national leaders heed the lessons of the past and prevent another Rwanda in our time?

"I have called for the immediate deployment of 3,000 more troops and police who would lay the groundwork for the future United Nations peacekeeping mission.

"Second, the government needs help with the very basics – including getting police, judges and prison guards back on the job… Funding for humanitarian aid is also falling short with only 20 per cent of pledges received."

It's as if he is directly appealing to Canada. His plan is custom-made for significant Canadian involvement. Already knowledgeable and thoughtful Canadians, including opposition MPs, have urged the Canadian government to provide resources – human and material, military and civilian – on an urgent basis. On this, Mr. Baird in Brussels was as silent as the 140,000 citizens of CAR killed in the last year. So far, Canada has donated exactly $11.9-million in humanitarian aid. For perspective, last year the Harper government spent $14.8-million advertising its defunct "economic action plan."

In reply to the Secretary-General;s almost anguished request to the world, Harperland has maintained the sound of silence. Why should they want to shame Canada this way? Who knows?

After all, to most Canadians, the United Nations and peacekeeping are part of Canada's DNA, as Canadian as medicare and the Charter. But to this government, crazy as it sounds, they are Liberal artifacts, prominent on the Harperland Enemies List, and must be scorned at all cost. Of course that appalling cost will not be borne by our government.

It is time for us all to forcefully remind Stephen Harper of John Baird's words: Let us not look back when it's too late, and wonder if we really did enough.

Why the NDP was the landslide winner of Quebec’s election
May 12, 2018

The anniversary of Rwanda reminds us of the evil that men do
May 12, 2018 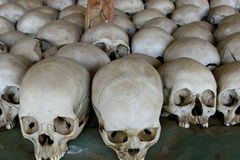 Opinion
Rwanda has overcome genocide. Now it needs to move forward
May 12, 2018 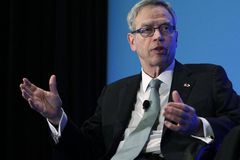 As a champion of Israel, Harper will face uncomfortable truths in Ukraine
May 12, 2018 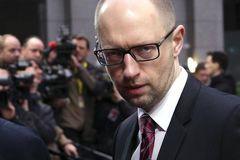