For going on six years, Stephen Harper has sought to remake federal politics in his political image. Monday, he finally gets his chance, as the 41st Parliament begins its first fall sitting.

The calendar will soon be chock full of bills, many of which had been voted down by previous Parliaments. Now that the Conservatives have a majority, all this legislation will pass.

Things will die. The Wheat Board will be wound down. The long-gun registry will be put out of its misery. Public funding for political parties will be phased into extinction.

Other things will be born: Canada is finally going to get a new, modern much-overdue copyright law. An omnibus crime bill will impose mandatory minimum sentences for some drug and sex offences, limit house arrest, expand police powers to acquire evidence, and re-equip the state with powers to fight terrorism. Those powers had expired under previous legislation.

Most important, while American and European governments debate whether and how to inject a new round of stimulus spending to fight unemployment and a possible second recession, Canada's federal government will continue to focus on deficit reduction.

Beyond the legislative agenda there is the proposed border accord with the Americans that will be announced shortly, two Supreme Court judges and an RCMP commissioner who need to be replaced, a prime ministerial trip to China and other far points, the visit by British Prime Minister David Cameron this week and the fluid situation in Libya.

This will not be a quiet fall.

One bill that should become law by Christmas could help entrench a Conservative hegemony, or so the Conservatives hope.

It will add an expected 30 seats to the current 308 in the House of Commons, with Ontario taking 18, British Columbia seven and Alberta five. The additions will finally give these three large, fast-growing provinces something like fair representation in the House.

The new seats will mostly be located in suburban ridings surrounding large cities, where populations are growing fastest, and where the Tories did well in the last election, meaning that most if not all of them will lean Conservative going into the next campaign.

"We would like to have it in place," by the end of the fall sitting, Tory House Leader Peter Van Loan said in an interview, so that the changes can come into effect in time for the 2015 election.

Both the NDP and the Liberals will struggle with caucus divisions over the bill, as their urban English Canadian MPs clash with rural and Quebec MPs. But caucus discipline and the prospect of future seat gains will keep the Conservatives united.

The session begins Monday with a tribute to Jack Layton, who died last month. Politicians of all stripes will give speeches honouring the late NDP leader.

This fall, the Prime Minister will confront two opposition parties without permanent leaders: The Liberals, once the principal competition, have been reduced to a sorry third-place rump while, in Nycole Turmel, the NDP has put itself, albeit temporarily, in the hands of someone who has no experience as a party leader, an MP or a politician.

But even majority governments don't get their way all the time. Air Canada flight attendants are on the brink of a strike. If so, the government will likely introduce back-to-work legislation, and the NDP will likely attempt a filibuster, which could eat up weeks of legislative time.

But NDP House Leader Thomas Mulcair, who would help guide that filibuster, will have to step down from that job if, as expected, he runs for the party's leadership, as will other leadership candidates with front-bench duties, leaving Ms. Turmel confronting a seasoned government with a bunch of MPs who are as green as, well, she is.

Nothing on the fall agenda should surprise anyone. Most of the bills have been introduced before, only to be beaten back by opposition parties in minority Parliaments.

But now that the Conservatives have their majority. Stephen Harper will finally, firmly, be able to put that agenda in place. 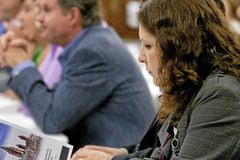 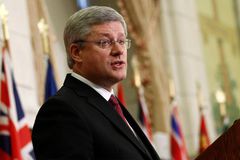 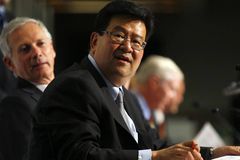