The appointment of amiable backbencher Ed Holder as Minister of State for Science and Technology is not expected to inflame the testy relationship between the Conservative government and many members of Canada's scientific community.

But neither is Mr. Holder's elevation to the junior cabinet portfolio being read by the scientists – who have complained of closed research facilities, muzzled scientific staff, and scientific evidence being ignored – as a sign that Prime Minister Stephen Harper may become more conciliatory.

Instead, it suggests the government will stay its course on its science policy – one in which the value of research is measured by its economic potential.

Mr. Holder, 59, is an insurance professional with a philosophy degree. He was a community leader and a Conservative foot soldier in London, Ont., for decades before winning the seat in the London West riding in 2008 and again in 2011.

"Great day, what an honour," Mr. Holder said on Wednesday as he left Rideau Hall after he was sworn in. He did not respond to a subsequent request for an interview.

Katie Gibbs, a spokeswoman for Evidence for Democracy, which promotes scientific knowledge in public decisions, said her group would have preferred a minister with direct experience doing science or research. "But, given that there really aren't a lot of Conservative MPs who have any kind of an advanced degree in science," Ms. Gibbs said, "we've sort of given up hope that will happen."

Mr. Holder replaces Greg Rickford, the new Natural Resources Minister, whose appointment to the science portfolio last summer was described by some scientists as a "slap in the face." They accused Mr. Rickford of remaining silent while the Conservative government plotted to close the Experimental Lakes Area, a premier freshwater research station in his riding.

Before Mr. Rickford, the portfolio was held by Gary Goodyear, an MP from Cambridge, Ont., who was uncomfortable when asked if he believes in evolution.

Mr. Holder's political career has, so far, been unremarkable, either for gaffes or for greatness. He made a bid for the Speaker's chair in 2011, which he lost to fellow Tory Andrew Scheer. And he has been a member of the Commons committee on industry, science and technology.

The London Free Press noted in a profile last year that Mr. Holder's first term was marked by instances of co-operation with MPs of other stripes – something the paper said did not endear him to Conservative brass. The Free Press also quoted Mr. Holder as saying he does not feel the compulsion to behave "deferentially" to the Prime Minister.

But neither have there been instances when he notably stepped outside the party line.

Andrew Sancton, a political science professor at The University of Western Ontario in London – where Mr. Holder is from – said his impression of the new Science Minister is that he has been a solid constituency and community worker who has not distinguished himself in any particular way.

"There's no possible way that this could be read [that] this is some great news for science policy in Canada that this relatively unknown MP would be picked for this job," Prof. Sancton said. "And I don't think anybody would expect dramatic moves from the government in relation to science policy."

Diane Orihel, one of the leaders of the fight to save the Experimental Lakes Area, congratulated Mr. Holder and said she hopes "he will start listening to the Canadian science community and undo the great damage done by his predecessors."

Before being moved out the science portfolio, Mr. Rickford was updating the federal science and technology strategy.

Paul Dufour, the head of PaulicyWorks, a science and technology policy consulting firm, said "the Harper administration missed an opportunity to signal the importance of science and technology for Canadians by not appointing a senior cabinet minister supported by a national science adviser as exists in other jurisdictions." 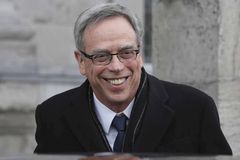 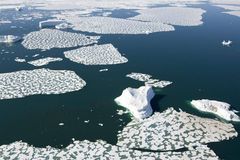 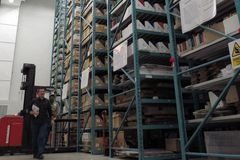 Ottawa takes another stab at solving the innovation conundrum
March 9, 2014 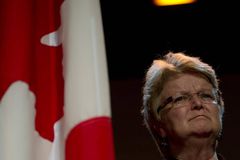 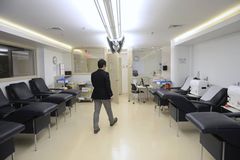