Stephen Harper keeps a journal. This year, he has been making entries with some unusual placelines, which tells us a lot about the shifting landscape of the 2015 general election.

The journal evolved out of Mr. Harper's itinerary. When he became Prime Minister in 2006, staff printed out a detailed daily schedule that showed who he was to meet and where and why. Mr. Harper quickly got into the habit of making notations on that itinerary – his impressions of this leader after a meeting, a note to himself to follow up on that commitment. Gradually, the entries grew longer and the notes evolved into a journal as Mr. Harper annotated and reflected upon his day.

Because he often works on the journal when flying from one place to another, many of the entries have been written outside Ottawa. And this year, Mr. Harper's itinerary has included some unusual places for a Conservative prime minister seeking re-election to visit.

A party leader travels to places where he or she would like to pick up seats or needs to defend them. Saskatchewan has long been a Conservative stronghold, with Liberal MP Ralph Goodale holding the lone opposition riding in the province, Wascana.

But a federal electoral commission has redrawn the province's riding boundaries, to the benefit of the NDP and the detriment of the Conservatives, by creating all-urban and all-rural ridings. (Previously, Saskatoon and Regina ridings included large rural wedges, which gave the Tories an advantage.)

With the NDP threatening to steal several urban seats, Mr. Harper travelled to Saskatoon in March to have his picture taken with popular Premier Brad Wall and to announce funding for roads.

He was in Winnipeg in April, where he kicked off the Conservative campaign to sell Finance Minister Joe Oliver's budget. Manitoba will be a hard-fought province in this year's campaign; several Conservative MPs are not running again and the Liberals have high hopes of making gains in Winnipeg.

On Friday, Mr. Harper was in Truro, N.S., trying to protect Conservative MP Scott Armstrong from Bill Casey, a onetime Tory MP who later ran and won as an independent, retired from Parliament and is seeking to return as a Liberal.

For Mr. Harper, defeating Mr. Casey is personal. But he is also determined to protect as many of New Brunswick's eight Conservative MPs as he can. That will not be easy: Tough reforms to employment insurance caused a surge in Liberal support, and no Tory seat is safe in all of Atlantic Canada.

But the Conservatives are not only playing defence. Twice this year, Mr. Harper has travelled to the Quebec City area to shore up the five MPs in his caucus from that region and to exploit growing support for the Conservatives in the province. (Quebeckers are strong backers of the mission in Iraq.) He has also been to Victoriaville, in the Eastern Townships, and to Gatineau, across the river from Ottawa.

To no one's surprise, Mr. Harper has made a plethora of visits to the most crucial battleground: suburban ridings in and outside of Toronto. Journal entries from events in Scarborough, Mississauga, Brampton and Richmond Hill must be common.

And Vancouver, another crucial battleground, has also seen a lot of Mr. Harper, who personally squired Narendra Modi around the city during the Indian Prime Minister's visit to Canada in April.

For those who watch Mr. Harper closely in search of electoral divinations, the week ahead will be particularly closely watched. The 41st Parliament is on a one-week break, the last before it rises in June, never to return.

Will the Prime Minister use the Victoria Day weekend and the days that follow to make fresh forays into Quebec, hoping to build momentum? Will he return yet again to the Greater Toronto Area to build up support in these most important of ridings? Or will he suddenly show up in Edmonton or Calgary, a tacit admission that the provincial NDP's triumph in Alberta is having a spillover effect federally?

The times would truly have changed if Mr. Harper were to begin making journal entries in his adopted home province – Battleground Alberta.

A federal election has not officially been called yet, but party leaders and their political machines have wasted no time zeroing in on the key ridings where they want to pick up seats, or need to defend them. In Montreal, in one of the country's safest Liberal ridings, the party is leaving nothing to chance. And in Alberta, the NDP's surge to power is forcing a rethink at the federal level as voters consider the market for change. It all highlights the powerful political maxim that it is best be humble about your support – even a handful of seats could mean the difference between winning and losing. The campaign of inches has begun.

Editor's note: A previous version of this story incorrectly identified Truro, N.S. MP Scott Armstrong. This has been corrected.

In the federal election, Liberals and Tories will be fighting a two-front war
May 15, 2015 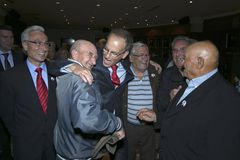 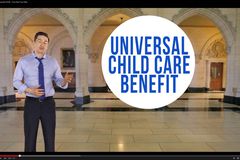