Prime Minister Stephen Harper met with Nigel Wright on Feb. 22 to discuss Senator Mike Duffy's refusal to repay improperly claimed expenses – the same day that Mr. Wright sent an e-mail to staff saying "…we are good to go from the PM."

But the Prime Minister's Office said Sunday that the meeting between Mr. Harper and Mr. Wright, then his chief of staff, was only about compelling Mr. Duffy to repay his expenses – then estimated at $32,000 – and that there was no talk of any arrangement to cover the bill, or about efforts his staff was taking to water down a Senate report on Mr. Duffy.

"The issue of course is that we have in Mr. Duffy, an individual, a caucus member at the time, who No. 1 didn't think he had done anything wrong, still maintains he's done nothing wrong, and No. 2 didn't think he should have to repay anything," Jason MacDonald, Mr. Harper's spokesman, said Sunday.

"And so when Nigel went to the PM, he said 'We're going to compel a caucus member to repay his expenses. And he's going to resist this. He's not going to like it.'"

Mr. MacDonald said there was no discussion of a deal during Mr. Harper and Mr. Wright's meeting.

"It's not a deal," he explained in an interview.

"It's simply the Prime Minister said 'You [referring to Mr. Duffy] have to repay your own expenses.' This is something he reiterated to Nigel Wright on the 22nd.

"But at no time did [Mr. Harper] have any knowledge of, involvement in, or give any direction in any kind of arrangement that would have seen anybody but Mr. Duffy pay his own expenses."

Mr. MacDonald made those statements in interviews to numerous media organizations Sunday, days after the release of an RCMP affidavit by Corporal Greg Horton as part of the force's ongoing criminal investigation.

Mr. Wright wrote to former PMO lawyer Benjamin Perrin and other staffers on Feb. 22 that he would talk to Mr. Harper about a deal that would have the Conservative Party cover Mr. Duffy's expenses and shield him from further Senate scrutiny, according to e-mails obtained by the RCMP.

An hour later, Mr. Wright messaged back: "We are good to go from the PM…"

Mr. MacDonald would not directly address the apparent discrepancy in the accounts.

"What Mr. Wright is saying to PMO staff is only something Mr. Wright can answer."

Last week, Mr. Wright issued a statement through his lawyers, stating: "My intention was always to secure repayment of funds owed to taxpayers. I acted within the scope of my duties and remain confident that my actions were lawful."

He resigned in May, days after the arrangement became public.

The PMO's remarks on Sunday amplify a statement made to The Globe and Mail on Friday, in which the PMO said a memo signed by Mr. Wright on March 22 misleadingly referred to Mr. Duffy as being set to repay his expenses, even though Mr. Wright had already decided to use his funds to do so.

Mr. MacDonald said the RCMP has no evidence to suggest Mr. Harper was involved in any of the schemes – dealings the RCMP allege may have been criminal.

Mr. Wright and Mr. Duffy, who has been suspended from the Senate, are facing police allegations of fraud, bribery and breach of trust. No charges have been laid.

NDP Leader Thomas Mulcair told reporters Sunday that Mr. MacDonald was "talking nonsense" when he said Mr. Harper knew nothing about Mr. Duffy's deal with the PMO to bury the expenses scandal.

Mr. MacDonald also denied Sunday that Mr. Harper had any knowledge of the role played by Senator Irving Gerstein, chairman of the Conservative Fund Canada, in a plan to use party funds to pay off Mr. Duffy.

Nor was Mr. Harper aware that Mr. Gerstein contacted Deloitte Canada about its Senate-commissioned audit of Mr. Duffy's bills.

The Senate internal economy committee has asked Deloitte officials to testify later this week about their contacts with Mr. Gerstein. 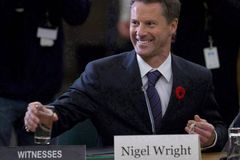 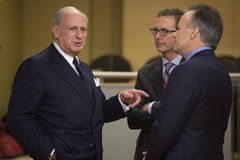 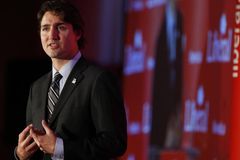 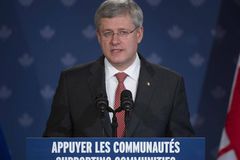