Canada's provincial and territorial health ministers debated ways of structuring a national pharmacare program at a recent meeting in Toronto, including adopting a two-tier payment system that would see some drugs given away for free and a second-tier of medicines that would be paid for privately.

A 10-page summary of the discussions – including issues and areas where politicians agreed and where they didn't – was obtained by The Globe and Mail. The document, dated July 13, has been released to all provincial health ministers.

The two-tier approach was one of the options discussed last month when eight of the country's health ministers, led by Ontario's Dr. Eric Hoskins, participated in a roundtable on a universal drug program. Canada is the only country with a national medicare system that does not include prescription drug costs.

Dr. Hoskins is a strong and long-time advocate of a national pharmacare system. He and his colleagues are hoping to advance the discussion on the issue – and get it on the agenda for the upcoming federal election.

It is already on the first ministers' agenda – Canada's 13 provincial and territorial premiers will discuss a national pharmacare program Thursday in St. John's where they are meeting for their annual summer conference. They will also be talking about a Canadian energy strategy and the economy.

Their debate on a national pharmacare program, however, comes a day after the release of a comprehensive new poll in which nearly one-quarter of Canadians report they or someone in their home splits pills, skips doses or doesn't fill or renew prescriptions because of the high costs of medicine.

At the roundtable last month, the ministers agreed there "are too many Canadians who have either no coverage for prescription drugs or insufficient coverage," according to the document. However, they said that "decisions about which drugs should be paid for publicly should be based on evidence and de-politicized to the extent possible."

There was also "strong support for the notion that cost considerations should not result in patients choosing not to take important medications," said the report. It was noted that "including both private and public spending, Canadians spend more per capita on prescription drugsthan residents of any other country in the Organisation for Economic Cooperation and Development (OECD), except the United States."

But the ministers did not agree on everything, including who should pay for a national program or how it should be funded.

According to the report, some of the participants (it did not identify who supported or did not support the concept): "expressed a strong preference for 'first dollar' coverage (i.e., patients would have no co-payments, co-insurance, or deductibles)."Still, others felt that this option was not affordable or "politically feasible."

The federal government did not participate in the roundtable discussions. But some provincial politicians there believed that it should be part of a universal drug program, especially for cost-sharing.

The summary document also notes that there will be some "losers" as national drug program is created – the private health insurance industry and the pharmacy industry will be affected.

"Evidence suggests that the private health insurance industry in Canada has become increasingly inefficient over time," according to the report. "As a consequence, attempts to improve efficiency are likely to have a negative effect on this particular sector. The development of pharmacare may also adversely affect the pharmacy sector and the pharmaceutical industry, particularly the generic pharmaceutical sector."

But, the health ministers did agree that the situation of affordability and accessibility of prescription drugs for Canadians "could get worse" without "substantial policy reform," according to the report.

"We do not want a poor pharmacare plan – for example, one that provides 'universal' coverage but where patients still cannot afford to take their medications, or one where costs continue to increase at the rate they have over the past 15 years," says the document.

Opinion
Quebec should not be the model for national pharmacare
June 26, 2015 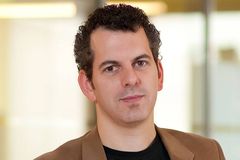