If Lise St-Denis, the MP for Saint-Maurice–Champlain who defected to the Liberals from the NDP last week, decides to run for re-election under her new party's banner, history suggests that, despite the wide margin between the two parties in the last election, she would have a good chance of winning the seat again.

An analysis of records published on the Parliament of Canada's website reveals that Ms. St-Denis is following in the footsteps of the 45 floor crossers who have come before her. These floor crossers are, for the purposes of this analysis, defined as MPs who have sat in at least two different party caucuses between two elections, and were still a member of their new party's caucus at the time of their resignation or attempt at re-election.

(Members of Parliament who crossed the floor from one party to another but stood as independents when voters were next called to the polls, MPs who only switched parties when an election was called, and MPs who were elected as independents before opting to join a party were excluded.)

The first recorded floor crossers were Anti-Confederates, a group of MPs from Atlantic Canada who were opposed to Confederation. The party dissolved between 1868 and 1869 as these Anti-Confederates found their way into the Conservative and Liberal parties of the time.

The first true floor crosser appears to have been Richard John Cartwright, MP for Lennox and future senator. Hoping for a cabinet post, Mr. Cartwright crossed the floor on Oct. 9, 1869 to the Liberals from the Conservatives when Sir John A. Macdonald decided not to name him minister of finance. He eventually got his way under Alexander Mackenzie's Liberals, who replaced the Tories in government in 1873. A few other MPs also crossed the floor that year in the wake of the Pacific Scandal.

Of those 34 floor-crossers who have stood for re-election, 22 were successful – including Richard John Cartwright. The success rate of floor crossers stands at 65 per cent. While that is good news for Ms. St-Denis if she decides to run again in 2015 (however, considering she is 71 years old that may not be likely), she could very well find herself in the 35 per cent of floor crossers who have been defeated in the first general election following their defection.

More than half of floor crossers lose support when they run for re-election with their new party, with their average drop in vote share being eight points from one election to the next. However, the parties that welcome the new MPs almost always do better when the floor crosser runs for re-election. Fully 86 per cent of floor crossers have increased the vote share of their new parties in their riding, increasing their party's support by an average of 11 points.

Ms. St-Denis received 39 per cent of the vote in Saint-Maurice–Champlain in May 2011, while the Liberals took 12 per cent. Applying these numbers to the average change in support when an MP has crossed the floor indicates she might expect to receive somewhere between 23 and 31 per cent of the vote in the next election, perhaps only enough to win a narrow victory.

Unless Ms. St-Denis decides not to run or if the voters of Saint-Maurice–Champlain reject her decision to switch parties (a very real possibility considering how Quebeckers primarily voted for Jack Layton and the NDP in the last election, rather than the party's individual candidates), the New Democrats could lose as many as 24 percentage points in the riding, the average amount of support parties from which MPs have crossed have lost in past elections.

However, if Ms. St-Denis decides to retire before 2015, the Liberals would be hard-pressed to hold onto the riding. In more than two-thirds of cases when a party only represented a riding due to a floor crosser, that party was unable to hold onto the seat when the floor crossing MP did not stand for re-election.

The exceptional circumstances of the 2011 election in Quebec make it more than likely that Ms. St-Denis's riding will buck the historical trends when the next vote is held in Saint-Maurice–Champlain. Nevertheless, with Ms. St-Denis's defection to the Liberals appear to have increased what had been their slim chances of winning a francophone riding outside of Montreal in 2015.

Eric Grenier writes about politics and polls at ThreeHundredEight.com

breaking
As St-Denis defects to Liberals, cracks emerge in NDP's Quebec base
January 10, 2012 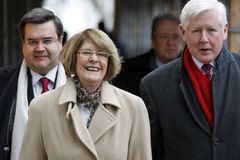 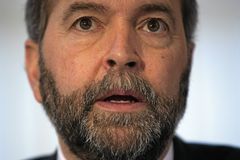 Defection reminds NDP and Liberals it's Quebec or bust
January 11, 2012 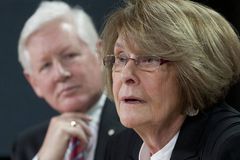 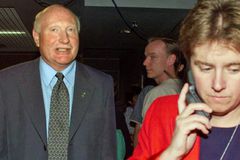 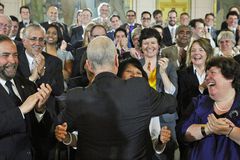