The City of Peterborough has a proud blue-collar past. It was the first city in Canada to boast electric street lights thanks to the presence of General Electric. Its canoe factories were known around the world for the quality of their crafts. And anyone who wanted to find a job at companies such as Quaker Oats or Minute Maid knew there they'd be something waiting for them when they finished school.

So when talk turns to the city's surprisingly high unemployment rate, people listen. At 11 per cent, it's the highest in the province. Construction jobs have evaporated, and the city is struggling to find employers willing to hire on enough people to lower the rate.

That's why a Liberal plan to give companies who hire skilled foreign workers $10,000 in tax credits is the only issue that matters so far in this campaign. Conservative candidate Alan Wilson knows that, and appeared on the front page of the Peterborough Examiner Thursday warning the plan would lead to a wave of layoffs in the city as companies rushed to replace current staff with bonus-eligible immigrants.

Conservative leader Tim Hudak has taken to calling the immigrants targeted by the program "foreign workers," further escalating the rhetoric early in the campaign. He's been asked two days in a row to define the term, but refuses to answer.

Mr. Wilson's comments are well outside of the bounds of what the program proposes – only immigrants who have been in the country fewer than five years would qualify and it would only apply to those in as-yet undefined "skilled professions – but he's not backing off his message. He thinks he's on the winning side – he came to Canada 30 years ago from Northern Ireland and said he had to fight his way from an entry level job before eventually holding a senior job at Quaker Oats.

"I don't think most employers would do it, but I think for some it would be awfully tempting, wouldn't it?" he said. "Let's focus on what matters – we're saying equal people, one who lived here 20 years, paid taxes ... is less equal in an employment opportunity? It's not Canadian and it's not fair. I came here and nobody gave me any special help. I had hurdles and started at the bottom."

Liberal candidate Jeff Leal knows the issue has resonance – he was mocked by the Conservative campaign Thursday for quotes in the Examiner in which he broke from the Liberals' party line and suggested the program was only created to help Toronto. He was in damage control Thursday, saying that the program would help 1,200 people in the community get "Canadian credentials."

And not blue-collar workers, either. Architects, engineers and pharmacists would all receive funding to help them work in the community, he said, as he went out of his way to get across the message that the grants weren't intended to take jobs away from those in the community already working in factories and on job sites.

"This will not take jobs away from anyone and it's an opportunity to build Ontario," he said. "I've been in politics in this community for 26 years... and I've never been a divider. I want to find out who these foreigners are they keep talking about, because this is the first time in my life I've ever heard Canadian citizens referred to this way."

The issue has also encouraged the community's Member of Parliament, Conservative Dean Del Mastro, to step out on behalf of Mr. Wilson by lending his presence to campaign events and campaigning on his behalf whenever possible.

Mr. Del Mastro – who is the Parliamentary Secretary to Prime Minister Stephen Harper – suggested there's one reason the Liberals decided to introduce the program: they may be getting bad advice from former premier Bob Rae. Mr. Del Mastro said the tax credit reminds him of the type of policies Mr. Rae instituted in the early 1990s, when he brought in measures such as pay equity that many called affirmative-action plans that favoured minorities. He made similar claims earlier in the week, saying affirmative action presented challenges to his career in his early twenties.

"A lot of folks were surprised then when the government of Ontario determined they would try to promote equality by promoting discrimination," he said. "I'm not sure why the Liberals would do this – I think they are getting bad advice and it's been poorly thought out. Maybe Bob Rae is the one giving them advice."

Mr. Del Mastro's advice to his provincial counterpart is to stay on message and hammer home the fact that all Canadians should be treated equally when qualifying for government programs. As he stood before a throng of reporters after his rally, Mr. Wilson did his best to stake out his position.

On Oct. 6, the city's voters will decide which candidate is their type of person. And what happens in the city could very well predict the eventual outcome – the city has an uncanny record of electing a representative from the winning party. 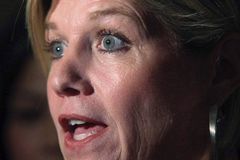 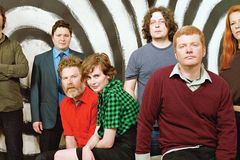