House of Commons Speaker Andrew Scheer has offered to bring in external experts in a bid to resolve harassment allegations against two suspended Liberal MPs, but says the "most successful" resolution would also involve the New Democrat MPs who were the subject of the alleged harassment.

There are no signs the New Democrat MPs want to proceed with an investigation, leaving little indication of how an external review would work – and leading Liberal Leader Justin Trudeau to suggest he might consider allowing the suspended MPs back into his caucus without an investigation.

In a letter sent to the Liberals on Tuesday, Mr. Scheer said "the resources of the House [of Commons] Administration as well [as] external experts in the field" have been offered to both the Liberals and the NDP.

The MPs "concerned may wish to avail themselves of these resources, all of which place a particular emphasis on maintaining confidentiality and impartiality. The most successful resolution of any harassment complaint relies on the willingness of all involved parties to come together to address the issues," Mr. Scheer wrote.

Mr. Scheer's letter was a reply to one from the Liberals two weeks earlier that asked him for a neutral, third-party investigation of the matter. The party suspended MPs Massimo Pacetti and Scott Andrews from caucus earlier this month after allegations of "serious personal misconduct" against two other MPs, later revealed to be female New Democrats.

The Liberals welcomed the Speaker's offer of external help and expressed hope the NDP MPs would participate.

Mr. Trudeau said it is important "not to put undue pressure on anyone who should have to feel that they need to go through a process," but that a complaint was already, in effect, raised when one of the two New Democrats told him about both harassment allegations.

"We cannot get away from the fact that a complaint was lodged. Now, what the next step will be, we are of course reflecting on very carefully," Mr. Trudeau said on Wednesday in a response that side-stepped a direct question of whether he would let Mr. Andrews and Mr. Pacetti back into caucus should the NDP MPs not proceed with an investigation. "It is our hope that the Speaker's process will be picked up, but we are also looking at other alternatives for this, [for] the individuals in question, but I will not speculate on those at this time."

The NDP gave no commitment to participating in such a process. NDP Leader Thomas Mulcair said on Wednesday, "You can't decide for someone else the speed at which they want something to go," and the party has complained that the Liberals' suspension of their two MPs publicized the issue against the wishes of the two New Democrats.

"What we need to do is respect their confidentiality and move forward as soon as possible to come up with a solid process" for handling harassment cases, said MP Niki Ashton, the NDP's status of women critic. Asked if the two MPs would participate in an external review, she said: "It's up to them."

Parliament's Board of Internal Economy on Tuesday announced that an informal dispute resolution process for harassment cases would be made available to MPs, and a formal process would be put into place as soon as possible. The House of Commons harassment process includes an option to bring in external mediators or investigators. The Harassment Prevention Program's adviser may also "solicit the assistance of external expertise."

Mr. Pacetti and Mr. Andrews have said they are confident they will be cleared of any wrongdoing.

MPs agree to interim process for handling harassment allegations
May 12, 2018 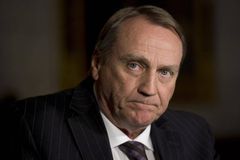 Harassment allegations will show whether House of Commons can police its own Subscriber content
May 12, 2018

Sheila Copps says NDP MPs opening up about harassment could force change
May 12, 2018 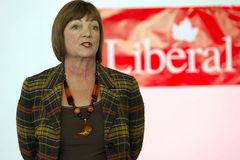 Former NDP staffer files lawsuit against MP over treatment at work
May 12, 2018 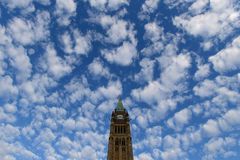 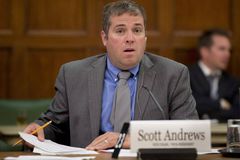