One MP's latest attempt to add hate-crime protection for transgender people to the Criminal Code has failed, with the Speaker of the House of Commons dismissing a bid to force a vote by all MPs on the matter because it would repeat a vote that has already taken place.

The ruling from Speaker Andrew Scheer on Monday came after a request from NDP MP Randall Garrison to, in essence, allow a re-vote on whether "gender identity" should be added to the list of "identifiable groups" afforded extra protection under hate crime provisions in the Criminal Code, a list being expanded by the government's anti-cyberbullying bill, C-13. The House of Commons committee that considered C-13 earlier this year rejected adding protection based on gender, though the bill is already adding hate crime protections based on national origin, age, sex, mental disability and physical disability.

Mr. Garrison's argument to the Speaker was that the committee acted against the will of Parliament. MPs already voted to add gender as a protected identifiable group when the House passed Bill C-279, Mr. Garrison's private member's bill. That bill, however, has languished in the Senate since March, 2013.

The issue boiled over again three months ago, when C-13 – a government-backed bill – was under committee review. Conservative MPs held five of nine committee seats, and voted together to reject a motion adding gender identity as a protected identifiable group. They won that vote 5-4. However, the vote only took place after one Conservative MP, David Wilks, was substituted off the committee. He'd previously supported C-279. Had he voted the same way on C-13, the motion to add gender as a protected identifiable group would have passed.

Mr. Garrison's argument on Monday was that the committee, in its 5-4 vote, had overstepped its authority by going against Parliament's vote on C-279.

"The House of Commons has already pronounced on this, and a committee can't really overrule a decision of all the members, so that's our appeal to the Speaker," Mr. Garrison said in an interview Monday, before the Speaker's ruling. "…If by an amendment on another bill in committee, you can undo what a private member's bill is already doing, that means the government takes control of the House again. And private member's bills are supposed to be protected."

His push was unsuccessful. In his ruling, Mr. Scheer said parliamentary guidelines urge avoiding votes that "would be tantamount to repetition of the work that was already done in committee," except in cases the Speaker finds to have "such exceptional significance."

Mr. Scheer didn't find that in this case. He ruled that the mere "likely outcome of the vote" – the House has already voted on the matter, through C-279 – did not amount to "sufficient grounds" to call for a vote once again. "Presumably as both C-279 and C-13 advance through the legislative process, Parliament will in due course choose which approach it prefers," Mr. Scheer said in his ruling.

Conservatives are divided on whether to add gender as a basis for hate crime protection. C-279 adds protection based on "gender identity" to both the Criminal Code and the Canadian Human Rights Act. A spokesman for Senator Claude Carignan, the Leader of the Government in the Senate, bristled at the suggestion the bill has stalled. "Unfortunately, delays may be very long in the Senate and this is why we are looking to change the rules in order to make sure that all bills can be debated in a timely fashion," spokesman Sébastien Gariépy said in a statement Monday.

Bill C-279 passed the House by 12 votes, carried by the support of 18 Conservative MPs, including prominent cabinet ministers such as Chris Alexander, John Baird, John Duncan, the late Jim Flaherty, Shelly Glover, Kellie Leitch, James Moore and Lisa Raitt. Prime Minister Stephen Harper and the vast majority of his caucus voted against it.

Conservative Senator Don Plett, a former Conservative Party president, has expressed concern Bill C-279 would allow abuse of laws, including cases where "pedophiles take advantage of legislation that we have in place" to abuse children. "This is also about protecting the rights of five- and six-year-old children," Mr. Plett said during debate earlier this year, before he moved to send the bill to committee. He did not respond to a request for comment on the Speaker's ruling Monday.

Senate Liberal Grant Mitchell, who supports the bill, said Monday he believes Conservative senators have been dragging their heels on C-279's progress, but that it could still be considered by a committee in October and November, and potentially pass before the next election. However, the committee will give priority to government bills, such as C-13, before private bills, such as C-279.

"I believe that they have held it up, because they could call it [for a vote] anytime," Mr. Mitchell said, referring to Conservative senators. "I believe that, [if the bill is] un-amended, they would probably defeat it, and I don't know that they're going to amend it – and I doubt that any amendments would be acceptable. Are they holding it up now? I don't know, because we just got back [from the summer break]."

Mr. Garrison would only say his bill appears "stuck" in the Senate, though was careful when asked why that was.

"Government always said at the beginning they were neutral, and I find it hard to square their neutrality with what's actually happening. Somebody changed the members of the committee [substituting Mr. Wilks off]. Somebody held it in the Senate for a year and a half. That doesn't happen just by accident," Mr. Garrison said. 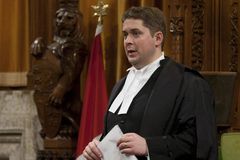 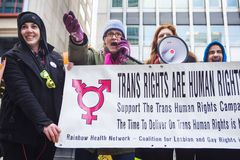 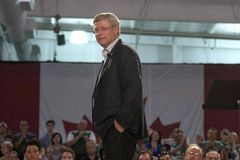 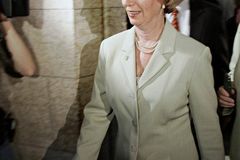