Despite falling one seat short in last Thursday's Ontario election, Dalton McGuinty's Liberals have been talking a big game about governing as though they have another majority government. The next six months will offer several tests of just how bold they're prepared to be.

Officials have long looked forward to the 2012 expiration of the Ontario Medical Association's contract with a mix of anticipation and dread. It's a big opportunity to make progress on flattening annual increases in health spending. But it could make last year's (successful) fight with pharmacies over drug pricing look like a walk in the park.

Mr. McGuinty reiterated during the election campaign that he wants doctors to accept a pay freeze for the next two years – something the government has struggled to impose on other professions. The Liberals will also likely be looking, as in past negotiations, to get more doctors onto salaries and off fee-for-service. And they hope to start changing the way doctors go about their jobs, including adopting "best practices" aimed at making them more efficient.

NDP Leader Andrea Horwath has already waded in on this subject, accusing Mr. McGuinty of taking aim at "front-line" health-care workers. The Premier can expect a lot more of that, along with a massive public relations campaign by the OMA.

The future of LHINs

As if fighting with doctors isn't enough on the health-care front, the government also has to determine the future of local health integration networks. The much-maligned regional authorities are supposed to be building a more seamless system, but they're cast as a faceless and wasteful layer of bureaucracy – one that contributed to the Liberals' defeat in rural ridings.

Both opposition parties promised during the campaign to get rid of LHINs. The Liberals not only want to keep them, they want to make them stronger. Health-care regionalization, which partly involves getting smaller hospitals to stop trying to function as one-stop shops, is seen as another key component of long-term financial stability.

If the Liberals empower LHINs, they may simultaneously impose measures to make them more transparent and accountable in the hope of showing they've listened to concerns. But the bottom line is that they want to shift some decision-making control from hospital boards to centrally appointed executives, and that's not an easy sell in many communities.

If Mr. McGuinty really wants to govern like he has a majority, he'll follow the time-honoured tradition of dumping a bunch of bad news in the first couple of months after the election. And, if so, most of it will come in the energy sector.

In the mad pre-election scramble, the Liberals left themselves quite a mess to clean up. At some point, they will need to announce the considerable cost of cancelling the construction of not one but two gas-fired power plants, in Oakville and Mississauga. They will also likely need to sort out the green-energy contracts signed in haste before the campaign, some of which contain targets that will be very hard to meet. And they'll need to make changes to the pricing of both wind and solar power after the mandatory review of the province's feed-in-tariff program is released.

None of these things are going away. If Ontarians don't hear many of the details before the end of the year, it will mean the Liberals are stalling.

With a deficit projected at $16-billion, and potentially even bigger because of economic turmoil, austerity measures are coming sooner or later.

Some Liberals will be wary of making their next budget too provocative, since it will be the first big opportunity for the opposition parties to bring them down. But others contend that neither the NDP nor the Progressive Conservatives will be looking to force another election within a few months of the last one, and that the latter in particular would be hard-pressed to campaign against belt-tightening.

Early in the new year, we'll get an indication of just how gutsy Mr. McGuinty is feeling. Former bank economist Don Drummond, commissioned pre-election to review the province's public services, is unlikely to pull any punches in his recommendations for how to do things more efficiently. His report could form much of the basis for the budget. If the Liberals instead try to sweep it under the carpet, without putting forward equally ambitious ideas of their own, it won't say much for their self-confidence. 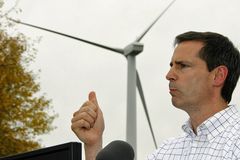 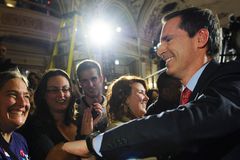