Despite its serial inability to meet a deadline, the new Liberal government is finally able to bring in hundreds of Syrian refugees a day, putting Canada on target to equal or surpass our rescue of Vietnamese boat people more than 30 years ago.

Immigration Minister John McCallum observed Thursday that this makes Canada a paragon of compassion compared with the United States. "One of the reasons that the world has noticed Canada so strongly is the contrast between our approach and what we see going on south of the border," he told reporters. "The contrast between Justin Trudeau personally welcoming refugees from the first flight, versus the statements of Donald Trump could not be more stark," he said, referring to the xenophobic businessman seeking the Republican presidential nomination who called for a ban on Muslims entering the United States.

But the fact remains that Canada is near, but not at, the front of the pack when it comes to welcoming Middle Eastern refugees in distress. This country can be proud of its response, but we should also be humble in the face of what some other nations have accomplished.

Although Mr. McCallum still has to secure cabinet approval, the Immigration Minister estimates that Canada could accept as many as 50,000 government-sponsored and privately sponsored refugees by the end of 2016, the same target that the government of then-prime minister Joe Clark set for Southeast Asian refugees in 1979. In the end, more than 60,000 boat people came to Canada, and in 2017 the Syrian intake could well pass that number.

So how does that compare with other countries?

To match the maximum Canadian commitment of 50,000 on a per capita basis, the United States government would need to bring in 500,000 Syrian refugees to its shores this year. Instead, the Obama administration hopes to settle a mere 10,000.

Australia, population 23 million, is only prepared to accept 12,000 Syrian refugees. "For too long the conventional wisdom in Australia has been that attitudes toward refugees are hard-line and immovable," The Age newspaper observed last week in an editorial. "But Australia's doppelganger in the northern hemisphere proves otherwise."

So Canada's contribution stacks up well in comparison to some of our closest allies. But our effort pales in comparison with that of Germany, which has taken an estimated one million Middle Eastern refugees this year. "We can do this," Chancellor Angela Merkel repeats over and over, and she appears to be right.

Sweden has also been exceptionally generous. The nation of 9.6 million people took in 150,000 Syrian refugees in the past year, although authorities have started to crack down in the wake of increasing public resistance.

The absence of any similar backlash here to high intakes of refugees and immigrants – not only during this crisis, but year after year – is Canada's special blessing. Part of the reason is that most of us are either immigrants or the descendants of immigrants. Our settler culture welcomes settlers.

But the real secret to Canada's generosity may be its oceans. It is very difficult for a refugee to reach Canada uninvited, making it easier to screen applicants for criminal, security or health risks, and to choose refugees who have a good chance of integrating successfully into Canadian society.

European nations pushing back against the daily tide of desperate humanity flooding north out of the Middle East have no such luxury. Authorities must either admit people about whom they know little or seal their borders.

Mr. McCallum is right. History will not record what targets were missed by how many weeks. It will, instead, note Canada's impressive humanitarian achievement in rescuing Middle Eastern refugees, even as it looks upon what Germany accomplished with awe. 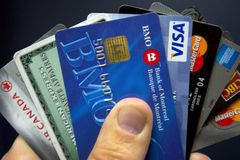 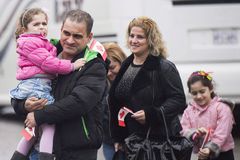