The Conservative government's law revoking the citizenship of convicted terrorists who are dual nationals, now a key issue in the federal election, is part of an international trend. Dozens of European countries have similar powers. But the United States does not. Here's how Canada's new revocation law fits into the world picture, and what Canadian courts would need to consider when determining the legality of the practice.

What other democracies allow citizenship to be revoked?

Twenty-two countries in Europe allow denaturalization for terrorism or other behaviour contrary to the national interest, according to a 2014 paper by University of Ottawa law professor Craig Forcese. These include Britain, Belgium, Denmark, France, Germany, Greece, Spain, Switzerland and the Netherlands. Australia introduced a new law in June to revoke the citizenship of dual nationals who engage in terrorism. Britain has broadened its revocation powers; the government may now make an individual stateless.

What does international law have to say about this?

As long as the revocation is not arbitrary, it is permitted under the Universal Declaration of Human Rights. A separate agreement, the UN Convention on the Reduction of Statelessness, discourages countries from leaving people without any citizenship. "International law says very little about revocation; it lies principally in the hands of states," Prof. Forcese said in an interview.

Why does the United States, with its well-known 'war on terror,' not revoke terrorists' citizenship?

The U.S. Supreme Court has expressed abhorrence: In a 1958 case, chief justice Earl Warren called it "a form of punishment more primitive than torture, for it destroys for the individual the political existence that was centuries in the development." In a 1949 case, the court deplored the removal "of a right no less precious than life or liberty."

What does the Canadian Charter of Rights and Freedoms say about citizenship?

Section 6 says, "Every citizen of Canada has the right to enter, remain in and leave Canada." But Section 1 says rights and freedoms are subject to limits that government can justify as reasonable in a free and democratic society. However, Section 6 is not subject to the Charter's "notwithstanding" clause (Section 33); government cannot opt out of a court ruling on citizenship rights.

What has Canada done before now?

In 1947 the government established Canadian citizenship, as distinct from that of British subject. Native-born and naturalized citizens "held equal status, were entitled to identical privileges and were subject to the same duties and obligations," according to a briefing paper prepared by the Library of Parliament last year, as revocation was being debated. Despite that equality, only naturalized Canadians could have their citizenship revoked (for false representation, treason or engaging with the enemy while Canada was at war). In 1977, that was reduced to just one category: false representation.

Why does today's citizenship law forbid leaving anyone stateless?

Canada signed the UN Convention on the Reduction of Statelessness in 1978, and because the government did not reserve the right to make individuals stateless, it is now barred from doing so.

What would Canadian judges make of what other countries are doing?

"An argument is to be made on both sides, there's no question about that," says Dale Gibson, a legal historian in Alberta. "Yes, you'd look around the world and at historical practice." But, he said, "surely the American legal system is considerably closer to ours than many of the European ones." The U.S., unlike Britain, has a constitutional bill of rights.

What key question will judges have about the process for denaturalizing a citizen?

If denaturalization is a form of punishment, why are the procedural protections so much weaker than for people accused in criminal courts? Prof. Forcese asks. (For instance, the government does not have to prove that the person facing loss of citizenship has another nationality; the burden is on the individual to show that he doesn't.)

Conservatives would not expand laws to revoke citizenship: Kenney
October 2, 2015 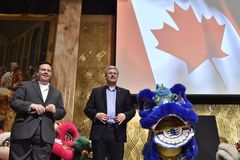 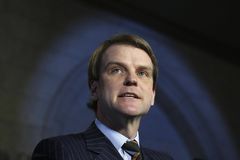 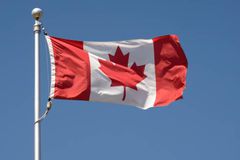