If you or I send out a tweet – say, "this is a great article" or "what a sandwich!" – chances are we only give it a few seconds' thought before hitting send.

For a typical tweet in one particular government department, a communications team will be involved. Plus a program director. Also linguistic services (it will probably need to be translated).

Oh, and the minister's office. And a few others.

All in all, according to Oxford researcher Amanda Clarke, eight groups have a hand in crafting a tweet before it's sent. (Ms. Clarke, in her research, looked at Human Resources and Skills Development Canada's strategy.)

The promise of social media was to usher in a new era of participatory democracy, with crowdsourced laws and more accessible politicians. Activists have embraced the tool to great effect, but the communications tool is less suited to top-down messaging, and in government it has run into an ingrained culture of bureaucracy.

As Daniel Caron, the Librarian and Archivist of Canada, posed the challenge of social media: "Is the change profound or are we just replicating the use of traditional media on new platforms?"

Ms. Clarke, a doctoral student at the University of Oxford who previously worked in Ottawa, is writing her dissertation on digital government-citizen interaction. She interviewed many people inside the foreign-affairs and human-resources departments and analyzed hundreds of government tweets.

She draws a distinction in how the culture of the federal bureaucracy approaches social media. Is it a tool to democratically empower citizens, or to more effectively solve problems?

On democratic empowerment, social media's promise has been mixed. Voter turnout in federal elections has been struck around 60 per cent in the last 13 years, despite the introduction of social media. There are some opportunities. Experiments in the United States have shown that using peer pressure on Facebook can work. A study published in Nature last year found that Americans on Facebook were more likely to vote when shown their friends that had voted. (It echoes a study published a few years earlier that showed citizens voted more often when they received mail telling them about their neighbours' habits.)

But even Facebook has had trouble engaging its users with democracy – in the most recent changes to its governance policies, less than a hundredth of a per cent of Facebook users bothered to vote.

Where social media has excelled is in accelerating grassroots activism, providing a powerful catalyst for political organizers to gather their troops. Occupy Wall Street forced income inequality on to the agenda of global economic leaders and Idle No More led to days of action and a meeting between the Harper government and first-nations leaders.

Facebook is particularly important in first-nations communities, where 80 per cent of residents may use it as their primary method of communication, said Alfred Hermida, a journalism professor at the University of British Columbia. Mr. Hermida studies social journalism and how aboriginal communities use Facebook.

That helps account for why Idle No More, a group started by four Saskatchewan women in November, spread so quickly.

Why has government been slow to adapt?

There are some practical problems standing in bureaucrats' way, Ms. Clarke says. First, the culture clash. Social media works best with a personal touch, as the conventional wisdom goes, but this is at odds with how the Canadian people like to see the government: an army of faceless bureaucrats.

"Some of the things we expect from government make it hard for them to use social media in the way we might want them to," Ms. Clarke said.

There's also the obvious: most government IT departments disable the use of social networks on company computers, for fears of security or time-wasting.

And finally, Ms. Clarke points to the fact that social media is usually operated by communications, not policy, professionals. They are more often interested in informing than listening.

Alberta's government recently released a tool to let citizens have a crack at balancing the province's budget and sharing their choices on social networks. Budgetchoice.ca gives a menu of spending cuts and tax increases to defeat a deficit. A spokesperson confirmed, though, that the government is not monitoring what choices citizens prefer, and some options (such as a sales tax) have been dismissed by the governing Progressive Conservatives.

Education is a valuable service of the government, especially with a dose of transparency. But social media isn't just for broadcasts – it's also for conversations. 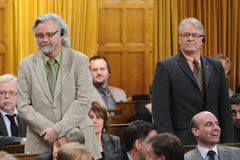 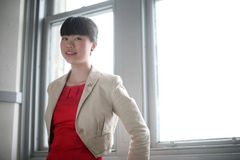 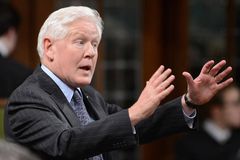 Have your say: How do we get more women involved in politics in Canada?
February 4, 2013 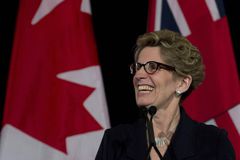