There was a moral to the story. U.S. Ambassador Bruce Heyman went to Ottawa's city hall to give a speech about Canada-U.S. relations, but he started talking about the 1871 fire that levelled Chicago. By 1880, the city that Mr. Heyman calls home had been rebuilt bigger, demonstrating that the devastation of the blaze wasn't all that mattered. "The important part is what happened next," he said.

It's a tale about optimism that Mr. Heyman might be repeating to himself. He's had a rough year.

New U.S. ambassadors are usually courted assiduously by those in power in Ottawa. Not so Mr. Heyman, who arrived in Ottawa last April, at a time when Stephen Harper's government was already cool to the Obama administration over such issues as the proposed Keystone XL pipeline, and he was put in the diplomatic freezer. His initial meetings with Canadian cabinet ministers were uncomfortable, even testy. Then for months senior figures in the Conservative government refused to even see him.

The cold shoulder turned to the ambassador was part of a chilly year for U.S.-Canada relations, which have become unusually discordant at the top. With Keystone a hot-button issue in both capitals, neither side spares feelings. Mr. Harper blames delays on President Barack Obama putting "narrow" politics before the will of Americans. Mr. Obama insists the pipeline won't help U.S. jobs, but only Canadian oil, extracted in "an extraordinarily dirty way." There have been spats about bridges, counterfeit goods and Asian trade talks. There's so little love that Mr. Harper kiboshed the Three Amigos summit he was to host in February with the U.S. and Mexican presidents.

Not everything is broken. Military and security co-operation ticks on, managed by officials and, because of its importance, unperturbed by politics.

The $2-billion-a-day trade continues. On Monday, U.S. and Canadian officials announced a deal to expand preclearance for travellers – a piece of the 2011 Beyond the Border deal once touted as a big advance for border trade.But there is a new edge to Canada-U.S. relations, and Mr. Heyman's experience is a symbol of it. Over recent months, The Globe and Mail has spoken with dozens of political players, officials from both sides of the border, and current and former diplomats, to paint a picture of Mr. Heyman's troubled tenure in Canada. Several close to events asked not to be named because of diplomatic sensitivity. Mr. Heyman declined to be interviewed.

There are at least two sides to the story. People who spoke to The Globe largely agreed on the facts, if not their interpretation. Either Mr. Heyman quickly gave offence, or his hosts were quick to take it – or both. But it's clear that Mr. Heyman – who had come from the high-powered, "Masters of the Universe" world of investment banking giant Goldman Sachs and brought an assertive, goal-oriented style – wasn't prepared for how easily he'd set off tripwires with a government that wasn't feeling much goodwill.

But things were different this time. After Mr. Jacobson left in July, 2013, the ambassador's chair sat vacant for nine months while frustrations bubbled. It wasn't just that a Conservative prime minister didn't feel admiration for a Democratic president. Washington hadn't put in a cent for a new cross-border bridge to Detroit, and now was stalling Ottawa's request that it at least pay for a customs plaza on the U.S. side. Ten days after Mr. Heyman arrived, Mr. Obama punted the decision on Keystone again, citing a Nebraska court case.

For Mr. Heyman, it's telling that since the day he presented his credentials nearly a year ago, when he and his wife Vicki had a 15-minute meet-and-greet with Mr. Harper and his wife Laureen, the U.S. ambassador has never had a one-on-one with the PM.

In his first meeting with then-foreign affairs minister John Baird, Mr. Heyman's message landed badly. He told Mr. Baird there was nothing he could do about Keystone, so he'd leave the whole file to U.S. Secretary of State John Kerry. And money for the Detroit bridge customs plaza was off the table.

Mr. Baird was stunned. The new ambassador was telling him he couldn't work on Canada's big issues.

The Americans had reasons. The Homeland Security budget was already facing a rough ride in Congress. Funding for a customs plaza wouldn't get through – and the owner of the existing Ambassador Bridge, Matty Moroun, had allies including House Speaker John Boehner who would block it. But Mr. Harper's government still expected the U.S. envoy to address Canada's big asks.

In public, Mr. Heyman rubbed the wrong way, too. In his first big speech in June, at Ottawa's National Arts Centre, he did what many U.S.ambassadors have often done, stressing the positives of the relationship. But he didn't mention Keystone. And when Frank McKenna, the former New Brunswick premier and ambassador to Washington, pressed him in an after-speech Q &A about the pipeline and the customs plaza, Mr. Heyman chided him for being negative. "I'm sorry you're all bummed out here," he said.

Bummed out? It rang in the ears of his Canadian government hosts, who complained Mr. Heyman had arrogantly told Canada to get over it.

A week later, three Conservative ministers trooped to an energy summit in New York, organized by Mr. Heyman's former employer, Goldman Sachs – and behind closed doors and in public, excoriated the Obama administration for mistreating a friend with its handling of Keystone. Natural Resources Minister Greg Rickford called it "an affront in no uncertain terms."

There was something else: Mr. Heyman pushed for U.S. wins. One focus was intellectual property – a perennial concern in Washington, where U.S. firms lobby politicians to pressure Canada to toughen laws on copyright and counterfeits. Mr. Heyman was asked about it in his own Senate confirmation hearing. So he asked Mr. Harper's government, already revamping the law to allow customs agents to seize counterfeit goods coming into Canada, to give border guards power to intercept goods going through Canada to the U.S.

He figured it was the sort of border co-operation Canada often proposed, so he walked into a meeting with Industry Minister James Moore optimistic, according to a U.S. source. He walked out confused. The two clashed.

One offence was that he made the request public, at that NAC speech. "All of a sudden to open up the newspaper and read about this – you don't expect this from a friend," one Canadian insider said.

That was a surprise complaint from a Canadian government whose ambassador, Gary Doer, works Washington politicians and doesn't shy away from public lobbying about Keystone. But there was no doubt about the pique. At a Senate committee in November, Mr. Moore pointedly said he'd told U.S. officials it was "a bit of a stretch" to ask Canada to police goods going to the U.S.

By then, the chill was obvious. The Americans got the message that their outstanding files would be going nowhere. For months after his June speech, Mr. Heyman couldn't get in to see cabinet ministers. "There was no edict," one senior Canadian government figure insisted. But several sources said there was at least a common narrative, from the Prime Minister's Office to ministers, that Mr. Heyman wasn't welcome.

Most in Mr. Harper's government weren't worried. They could afford to freeze out Mr. Heyman, they felt. The Prime Minister and the President met several times a year, and although they didn't have a warm relationship, neither leader was known for warmth. Some ministers had their own direct links: Mr. Baird could call John Kerry, for example. They could go around Mr. Heyman.

"That's a very circuitous route, to go around the ambassador," said Mr. Giffin, who served as ambassador to Canada during the Clinton administration. Ambassadors co-ordinate across U.S. departments. Mr. Giffin's relationship with Ottawa always stayed warm despite disputes or blunt talk, he said.

Mr. Heyman's freeze-out did start to thaw in the fall. He gave appreciative interviews as Canada joined the military mission against Islamic State. After two terror attacks on Canadian soil, Mr. Kerry came to issue public condolences. And four other U.S. cabinet secretaries trooped to Canada last fall to meet their counterparts, which helped Mr. Heyman warm up relationships and get meetings again – Mr. Rickford joined him for a Blackhawks game in Chicago.

But there are still barbs on the fence. Aside from the security and military co-operation, and work on a few items from the Beyond the Border agenda, like the Regulatory Cooperation Council to harmonize business regulation, there is almost no new work on bilateral issues. "There's nothing going on," said one U.S. diplomat.

And things could get worse: Mr. Obama might make his final Keystone decision, and say no. Canada is threatening to retaliate against a U.S. beef labelling law with a mini trade war. There are even fears the Americans, insisting Canada must put its protected dairy industry on the table, will bump Canada out of the 12-nation Trans-Pacific Partnership trade talks.

Mr. Heyman is now focusing outside Ottawa. He has heavily courted provincial premiers, and has touted plans to boost trade by connecting provinces and U.S. states – including a campaign to have all 50 U.S. governors send trade delegations.

And for the Conservatives, the big picture on Canada-U.S. relations is now mostly about waiting. Mr. Harper is in an election year; he may or may not win. The U.S will then face its own election cycle and Mr. Obama can't run again. Big new plans, and maybe Keystone, will wait for the next president. 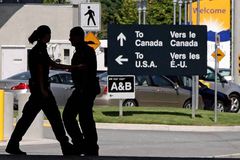 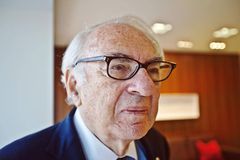 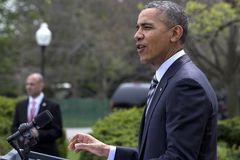 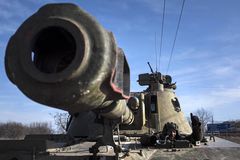