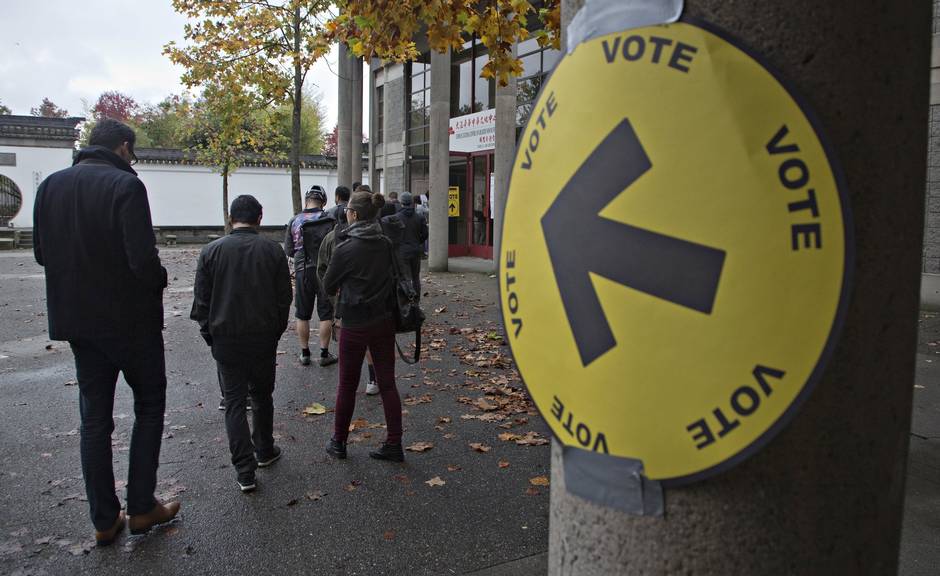 People line up to vote in downtown Vancouver, British Columbia October 19, 2015. Canadians looked set for political change on Monday as early election results showed the Liberals leading in 31 out of 32 seats in Atlantic Canada, suggesting Prime Minister Stephen Harper's Conservatives could be on the way out. (Reuters)

The Liberals scored big in Atlantic Canada – winning or leading in all 32 ridings on Monday evening – after Justin Trudeau’s party established a major lead in the polls there throughout the campaign.

Conservative Leader Stephen Harper was never particularly popular in Atlantic Canada, which he memorably characterized as embracing a “culture of defeat.” Fisheries minister Gail Shea, who lost her riding, said Monday night people in Prince Edward Island disliked Mr. Harper and were ready for change. The Conservatives’ regional standard-bearer, Peter MacKay, retired this year as the last remnant of the old Progressive Conservative Party; his riding of Central Nova went to Liberal Sean Fraser. The only remaining PCs from Atlantic Canada will now sit as Liberal MPs: Nova Scotia’s Scott Brison, the Liberal’s finance critic in the last Parliament, and Bill Casey, who recaptured the New Brunswick riding he once held as a Conservative.

Mr. Trudeau captured public support as the candidate of change in Atlantic Canada, which has traditionally supported New Democrats in only a few ridings. Mr. Trudeau’s commitment to run small deficits to provide stimulus offered a sharp contrast to both Conservatives and NDP in a region of slow-growth where voters look for government to help generate investment and employment. The Conservatives made cuts to employment insurance that were widely condemned in a region with high joblessness. High-profile New Democrats lost close races, sunk under the Liberal wave.

In Newfoundland and Labrador, former premier Danny Williams campaigned aggressively against Mr. Harper, arguing the Conservative Leader was lacking in integrity and could not be trusted. The hugely popular former politician promoted an “Anybody But Conservative” agenda. The Liberals fared well in 2011 in Atlantic Canada, except in New Brunswick where the Conservatives had eight of 10 seats. New Brunswick has often played the role of bellwether for national elections. Despite the popularity of the Energy East pipeline that Mr. Harper endorsed, New Brunswickers turned to the Liberals to help boost a moribund economy. In Nova Scotia, the combination of EI cuts, controversy over the government’s treatment of veterans and Mr. Trudeau’s charismatic leadership turned the tide. Voters in Prince Edward Island remained angry over the scandal involving Senator Mike Duffy who was appointed by Mr. Harper to represent the island despite not having lived there for many years. -- Shawn McCarthy 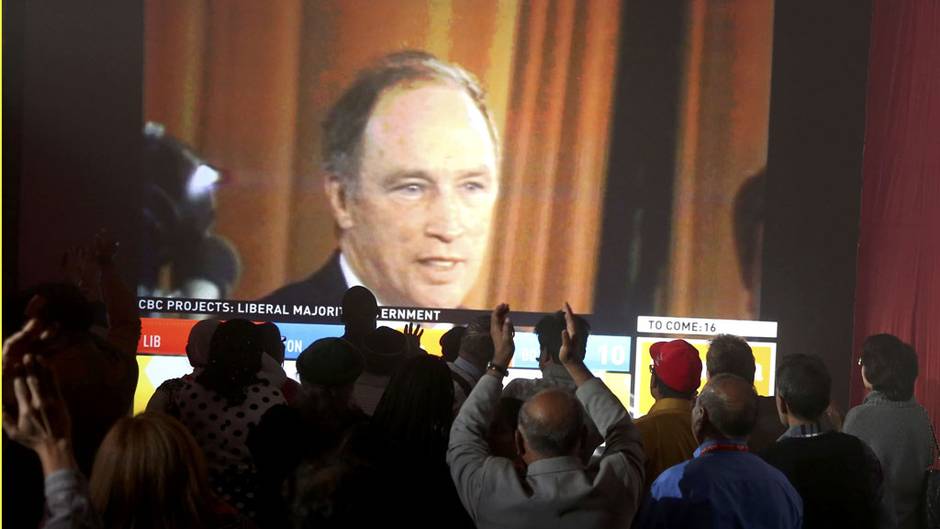 An image of former Canadian Prime Minister Pierre Trudeau is shown on a screen as Liberal Party supporters cheer as they watch results during Canada's federal election in Montreal, Quebec, October 19, 2015. (Reuters)

The Liberal Party has ended its political purgatory in Quebec, surging ahead in a province that appears ready again to take its place at the table in running Canada’s government.

Only four years after voters in Quebec stunned the country by sending an Orange Wave of 59 NDP MPs to Ottawa, the province was poised to snub the New Democrats, whose candidates were trailing in third place in numerous ridings.

In early returns, the Liberals were leading in nearly 50 ridings in Quebec, a dramatic turnaround in fortunes. At dissolution, the party held only seven seats. Some had said a Trudeau would never get elected in Quebec.

The Conservative Party, which had campaigned heavily on the issue of the niqab during citizenship ceremonies, was also posting major gains in the province, leading in 10 ridings, double its deputation in 2011.

The results were a political earthquake for the province, which had sent the Liberals into political exile after the sponsorship scandal and opted instead for opposition parties – starting in 1993 with the Bloc Québécois, then the NDP.

In early returns on Monday, the New Democrats were leading in fewer than a dozen ridings, its candidates struggling to survive the undertow of the Orange Wave. The party also appeared to be losing ground to the Bloc, a sovereigntist party that had been given up for dead but appeared ready to live another day in Parliament.

Quebec was a major battleground heading into Monday’s vote. The race boiled down to choosing which party was best placed to replace the Conservatives, and despite the NDP’s huge lead heading into the election campaign, its momentum was lost. NDP Leader Tom Mulcair’s stand in favour of allowing women to take the citizenship oath in a face-covering niqab stirred a backlash in the province, and voters began to look to the Liberals as the best alternative to beat Stephen Harper’s Conservatives.

Liberal Leader Justin Trudeau easily won his central-north Montreal seat of Papineau, which he has represented since 2008, for a third term. Overcoming low expectations, he made inroads among francophone voters who had shunned the party, helping the Liberals break out of their base in Montreal and reach across the province. Ingrid Peritz 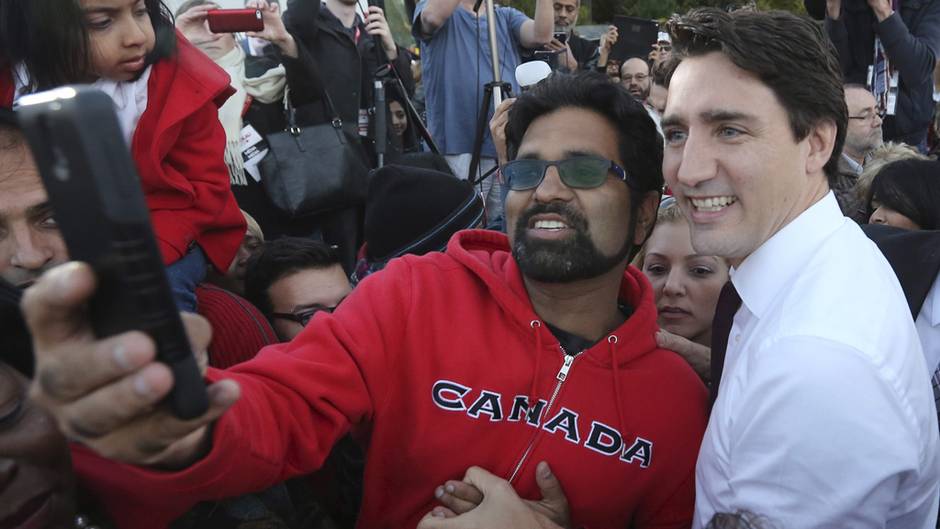 Liberal leader Justin Trudeau poses for a selfie during a campaign rally in Ajax, Ontario in this October 14, 2015, file photo. It may have been one of the longest federal election campaigns in Canadian history but it certainly hasn't been the dullest. For those who delight in the embarrassing revelation, the unexpected intervention, and the truly bizarre, it has been a campaign to savor.  (Reuters)

The Liberal Party swept much of Ontario Monday in what proved to be a return to the electoral map of more than a decade ago.

Justin Trudeau was able to recapture the suburban ridings outside Toronto that had previously played a key role in Stephen Harper’s march to majority government, while also gaining ground in Ottawa, Northern Ontario and other regions.

The Liberals benefited from a sharp decline in NDP support from 2011 levels, as the NDP’s share of the vote declined roughly nine percentage points. The NDP lost many of the gains it made in Ontario under Jack Layton, as it was nearly wiped off the map in the city of Toronto. The party was leading in 11 seats at press time, a significant drop from the 22 seats it held at the start of the campaign.

The Liberal resurgence was led by ridings with heavy concentrations of immigrant voters in the 905 area-code region outside Toronto.

The Liberals had pushed back against several Conservative policies that they considered anti-immigrant, such as the provisions of Bill C-24 that allowed the government to revoke citizenship from those convicted of a handful of serious offences who are also citizens of other countries. They also promised to significantly increase the number of refugees that Canada will take from Syria to 25,000 using government sponsorship. And then there was the issue of whether women would be allowed to wear the niqab during citizenship ceremonies that generated a backlash.

In the final week, Mr. Harper campaigned alongside former Toronto mayor Rob Ford, hoping to consolidate crumbling Conservative support in Toronto. It was not enough to stop the bleeding. Several Conservative cabinet ministers went down to defeat, including Citizenship and Immigration Minister Chris Alexander in Ajax. The Conservatives did manage to hold on in the outer reaches of the 905 region and in rural and Western Ontario.

Ontario’s electoral map now looks much like it did in 2004, when the Liberal took 75 of 106 seats in the province on their way to their last electoral victory. -- Joe Friesen 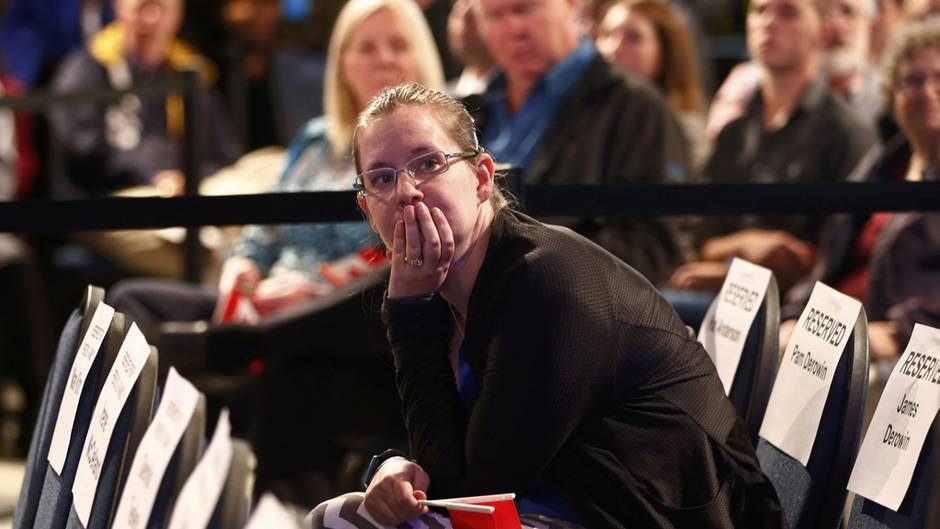 The West remains a Conservative stronghold, with rural voters choosing Tory from the Rockies to the Ontario border, but the Liberals and New Democrats have made breakthroughs with urban voters.

The biggest win for the Liberals came around the city of Winnipeg, where the party swept many of the area’s ridings after winning a single seat in 2011.

The Prairies are the youngest, fastest-growing part of Canada and where the West once wanted in, Westerners have now had their hands on the levers of power for nearly a decade. In 2011 the Conservatives swept across the Prairies like a chinook, taking 51 of 56 seats. The New Democrats were shut out of Saskatchewan while the Liberals couldn’t win in Alberta. While the West has stood solidly behind Stephen Harper since he first ran as Conservative Leader in 2004, the contest was different in 2015. Along with a larger, more cosmopolitan population, there are now 62 ridings across the region after six more seats were added in Alberta. The 11-week campaign was more competitive in the region as leaders from all three major parties made a number of stops in the Prairies.

The federal campaign came in the wake of Rachel Notley’s NDP victory in May, which shook Alberta’s political scene and ended a Progressive Conservative dynasty that had been part of the bedrock of Western conservatism. Without a defining issue in the West, urban voters were targeted in Edmonton, Calgary, Saskatoon and Winnipeg as the Liberals and NDP looked to capitalize on Ms. Notley’s victory.

Liberal Leader Justin Trudeau was in Calgary for a rally only hours after the election was called in August and returned consistently until a final appearance on Sunday, looking to win a symbolic victory for the Liberals in Calgary, the heart of conservative Canada and the head office of the country’s ailing oil patch. Since Pat Mahoney won in Calgary in 1968, swept in on a wave of Trudeaumania, no Liberal has been elected in Alberta’s largest city. -- Justin Giovannetti 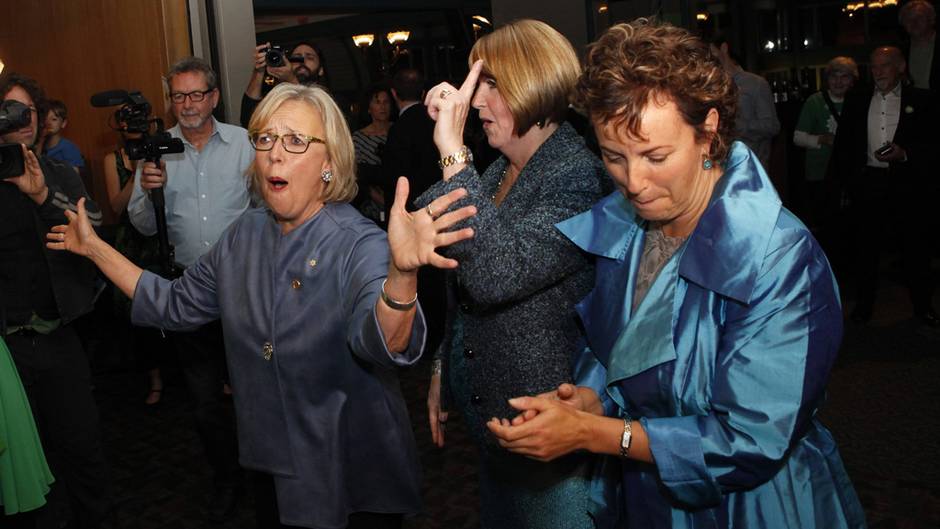 The red Liberal wave sweeping across Canada crashed into B.C. electing a near record number of the party that had only two seats going into the election.

The Liberals were headed for a record number of seats in British Columbia, sweeping away Conservatives and within sight of the party record in 1968 when prime-minister elect Justin Trudeau’s father, Pierre Elliott Trudeau, won 16 seats in B.C. It was a sweeping turnaround from the two of 36 seats the party won in the 2011 election.

In B.C., the three national parties jostled over the economy and other national issues this time, but also some B.C.-specific files such as the fate of the Kitsilano Coast Guard base, shuttered by the Tories; protecting coastal waters; as well as paying for light-rail and subway projects in Surrey and Vancouver.

As the leaders frequently visited B.C., the province was the scene of some notable campaign developments. Liberal Leader Justin Trudeau kicked off his national campaign in Vancouver. Conservative Leader Stephen Harper defended his refugee policy in Surrey, B.C., as news broke of the tragic death of three-year-old Alan Kurdi, a Syrian child found on a Turkish beach after his family fled their homeland. Alan had family in B.C. Later, Mr. Harper released the Conservative platform in Richmond. -- Ian Bailey


Liberal Ralph Goodale won re-election in the riding of Regina-Wascana, Sask. Incorrect information appeared in the original version of this story.