Ontario Premier Kathleen Wynne is crafting a plan to sell shares in Hydro One, a high-stakes privatization manoeuvre that goes beyond anything her government has previously considered in its bid to raise billions of dollars to build new infrastructure.

Under the proposal, government and industry sources told The Globe and Mail, the province would float 10 to 15 per cent of the Crown corporation in an initial public offering, and possibly follow with additional stock sales that would further reduce its stake.

The plan represents a calculated gamble. Ontarians already pay a premium for electricity, and consumers will be looking for reassurance that a partial selloff of Hydro One will not drive rates even higher. The province has a fraught history with privatization that could make the current proposal politically difficult.

But it could also offer big rewards, allowing the government to extract the money it needs to fund the Premier's marquee $29-billion plan to build new transit lines and upgrade highways. Already battling to eliminate a $12.5-billion deficit and wrestling with one of the largest subsovereign debt loads in the world, the government must look to any available source of financing for its infrastructure spending plans.

A parade of Bay Street investment bankers over the past year have told the government Hydro One's enterprise value – the combined value of its debt and equity – is roughly $15-billion to $16-billion, which means the IPO could raise upward of $1-billion.

For underwriters, a Hydro One IPO would represent a chance to earn tens of millions of dollars in fees by selling a piece of a massive infrastructure asset. Such a move would be rare in Canada, where most provinces and territories own the bulk of their electricity businesses. There are exceptions, including Nova Scotia, which privatized its power corporation in the 1990s, and Alberta, which uses a mix of public and private firms to meet its electricity needs.

Ms. Wynne, who is set to table a budget within six weeks, is expected to present the IPO proposal to cabinet colleagues before that.

The plan is different from a recommendation last fall by Ed Clark, the former CEO of Toronto-Dominion Bank who is advising the government on its infrastructure financing options. Mr. Clark proposed hiving off Hydro One's local distribution business and selling a large stake to private investors, while leaving the much larger transmission system in public hands.

A senior government source said both options will be discussed: Mr. Clark's original plan, and the new IPO proposal.

"The [IPO] option is getting more and more filled out by the day," the source said. But "there's a whole range of pieces that are complex" and must be sorted out before it goes to cabinet.

Hydro One, a company with 5,800 employees and $6-billion in annual revenue, owns and operates 97 per cent of the province's energy transmission infrastructure and distributes electricity to more than 1.4 million customers.

The government has not yet decided exactly how much of the company to sell off beyond the initial IPO proposal, or whether the private sector would ultimately own a majority of the company's equity, sources said. Much of that would depend on how the initial sale goes. Mr. Clark's panel has hired Alan Hibben, a former senior investment banker with RBC Dominion Securities Inc., to examine privatization proposals and suss out Bay Street's interest.

The government is also trying to decide what measures to put in place to ensure effective control of Hydro One and to keep rates from skyrocketing. One measure under consideration is a cap on the stake any one private investor could own; another is to give the government sole power to appoint the board chair. The province is also considering enacting rules to keep government in control of setting rates.

The Liberals want to avoid the perceived mistakes of past privatization deals, including an aborted IPO of Hydro One in 2002 and the 1999 deal to lease Highway 407 to a private consortium for 99 years. In the 407 arrangement, the government of Conservative premier Mike Harris was accused of handing a sweetheart deal to the buyers while giving up the right to control prices for users of the highway.

By taking Hydro One public, the government can argue that it has let the open market set the price for the entity, rather than enter into a private deal with buyers. And by keeping pricing under the purview of the Ontario Energy Board, it could defuse any opposition from consumers.

The IPO may also be easier to sell to the Power Workers' Union and the the Society of Energy Professionals (SEP) than Mr. Clark's original proposal, which the unions have attacked in radio ads. The IPO idea would allow the unions to keep dealing with a single employer, and maintain control in government hands. The unions' opposition to the other option, in fact, partly helped trigger the decision to explore an IPO, sources said.

But SEP spokesman Adam Chaleff-Freudenthaler said the union isn't keen on any privatization, arguing the government can do a better job of controlling rates under the status quo. "If Mr. Clark or the government believes splitting up or privatizing Hydro One is the right thing to do, we urge them to hold an open, transparent and rigorous hearing," he wrote in an e-mail.

The government is tussling with the unions in an effort to change the terms of their pensions. Hydro workers contribute only a fraction of what government does to their pensions, a liability that could make Hydro One less attractive to investors.

"The pension plan has significant challenges. It is expansive and generous [and] is not sustainable for both the employees and the employer," said former Ontario Teachers' Pension Plan Board CEO Jim Leech, who led a review of government pensions in Ontario last year.

One senior Bay Street source cautioned that these pensions, combined with the fact the government is looking to sell only a small stake in the IPO, could mean the province does not raise as much money as it would like. Many investors, the source said, would be wary of buying into a company still controlled by government. 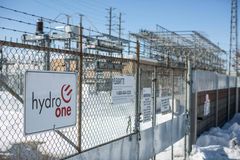 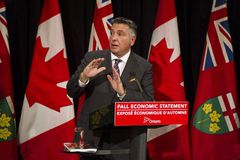 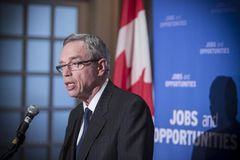 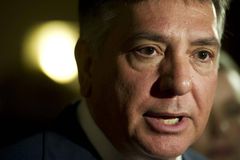 Follow Adrian Morrow and Sean Silcoff on Twitter @adrianmorrow @SeanSilcoff
Report an error Editorial code of conduct
Due to technical reasons, we have temporarily removed commenting from our articles. We hope to have this fixed soon. Thank you for your patience. If you are looking to give feedback on our new site, please send it along to feedback@globeandmail.com. If you want to write a letter to the editor, please forward to letters@globeandmail.com.
Comments