Prime Minister Stephen Harper fought to keep Nigel Wright, according to a well-placed source, but lost that fight when Mr. Wright decided he had no choice but to resign as chief of staff.

Having spent his 50th birthday weekend contemplating the political fallout from revelations he had personally repaid more than $90,000 in travel and living expenses incurred by Senator Mike Duffy, Mr. Wright chose to step down.

It was the right decision. A chief of staff is judged by the soundness of his advice to a prime minister. Up until now, Mr. Wright's judgment had been particularly sound.

But although no law had been broken, his attempt to make a problem go away by cutting a personal cheque and to not – as he insists – tell the Prime Minister he had done so, was a singularly poor lapse of judgment. Mr. Wright knew he had to go.

But it's a great loss. Mr. Harper is deprived of an adviser that he and others trusted like no other, the calm voice that guided this Conservative government through more than one controversy.

Worse, Mr. Wright's departure sinks this government even deeper into the political mire. Three senators, all of them appointed by the Prime Minister, have been forced out of the Conservative caucus after allegations that they had improperly filed travel and living expenses. (The cause of Senator Patrick Brazeau's expulsion, however, was related to an assault charge.)

All this comes at the same time that a small but important minority of MPs rebelled against the PM's refusal to permit any discussion of abortion issues in the House of Commons.

But Mr. Harper's biggest problem – and it is a very big problem – is that he has shaken the confidence of his caucus and, by extension, of voters generally, in his judgment and competence.

At the root of this crisis of confidence is the lack of a clearly defined governing agenda. Promises of sweeping trade agreements have thus far borne little fruit, and a skills training agenda has the business community skeptical and some provinces up in arms.

The consequence is that what should be dismissed as second-tier scandals – for what, in the great scheme, is the significance of a few senators who may have improperly claimed expenses? – threaten to overwhelm what agenda remains.

Mr. Wright's replacement as chief of staff is expected to be Ray Novak, a young aide who has been with the Prime Minister since his days as leader of the Canadian Alliance. Though still shy of 40, he knows the Prime Minister's mind. The question is whether he can offer his boss the candid, if unwelcome, advice that a chief of staff must sometimes deliver to a party leader.

This week, that advice might centre on Mr. Harper's need to reconnect. This might be a good time to take the caucus somewhere, preferably out of mobile phone range, and spend a day thrashing out issues and agenda. Before Mr. Harper can proceed to win over the trust of voters, he will need to affirm the trust of his own MPs and senators in both his leadership and his plans for the next two years.

Mr. Harper might also want to consider holding a press conference. Although he avoids them – and reporters generally – as much as possible, he's actually pretty good at making his case when he calls one.

Again, the goal here would be to answer every question about errant senators, misguided advisers, rebellious backbenchers and on-track/off-the-rails policy.

Once Parliament rises in June, the focus will be on a cabinet shuffle and preparations for a Throne Speech in the autumn. Both events will be crucial.

This government has two years to convince Canadians that, whatever the tempests of the moment, it has a clear sense of where the country needs to go, and the wisdom and authority to guide it there.

As we were reminded in British Columbia last week, voters will forgive – or at least forget about – a multitude of sins that obsess political partisans if they believe the governing party can be trusted on the economy.

Nothing else matters – especially not the departure of a chief of staff or the alleged accounting tricks of this or that errant senator. But the government must demonstrate that it knows what it's doing.

Otherwise, Trusted With the Economy becomes Time For a Change. That's when governments get replaced.

Read the statements on Nigel Wright's resignation
May 19, 2013
From our archives: Who is Nigel Wright, the man who bailed out Mike Duffy?
May 18, 2013 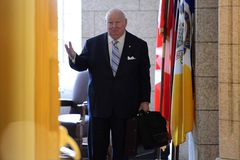 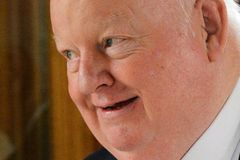 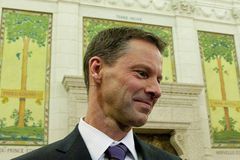