The Quebec-Vermont border is the scene of growing chaos as illegal migrants hop over unguarded entry points or drive through guarded crossings on the outbound lanes, zipping by helpless Canadian border officials.

The goal of the migrants, many of whom come from Roma communities in Europe, is to make their refugee claims from inside Canada, officials say. If captured at the border, they risk being returned to the United States on the basis of a bilateral agreement.

There have already been 260 illegal entries and subsequent refugee claims at the Stanstead border station in Quebec this year, Canadian officials say. Law enforcement authorities are concerned because the number is on the rise.

Police in Magog, Que., located about 30 minutes north of Stanstead, have captured 55 illegal migrants since July, at times in packed vehicles containing up to 11 people at once. The refugee claimants are transferred to the RCMP and then handed over to the Canada Border Services Agency, which does not have the ability or jurisdiction to pursue vehicles that illegally go through border crossings.

"This is a recent phenomenon, especially considering the numbers involved," said Paul Tear, a spokesman for the police service in Magog.

Magog Mayor Vicki May Hamm has called on the federal government to act, saying "something has to be done at the border."

Ottawa is scrambling to deal with this new wave of refugee claimants, with federal officials contemplating using new tougher legislative measures that were brought in after migrant ships landed on Pacific shores in 2009 and 2010. The government is exploring the possibility of treating the Stanstead crossings as "irregular arrivals" of refugee claimants, which could lead to longer detention periods and quicker expulsion of false refugee claimants.

The Protecting Canada's Immigration System Act is scheduled to fully come into force by the end of the year.

In the meantime, Ottawa has improved signage along the Quebec-Vermont border, in addition to blocking unguarded roads that provide direct entry into Stanstead.

The NDP is calling for increased RCMP patrols along the border and more staffing at crossings, not tougher detention measures.

"CBSA agents and the RCMP tell us that they are understaffed," said Jean Rousseau, the NDP MP for Compton-Stanstead.

Federal officials refused to comment specifically on the use of tougher rules against illegal immigration, with Public Safety Minister Vic Toews pointing out in the House the government has "yet" to take any measures in its new legislation.

As it stands, federal officials said that most of the illegal migrants who arrived in Stanstead earlier this year have already been released, although some of those who arrived this month are still in detention.

Just this month, three vehicles containing between eight and 11 migrants, including many children, were captured in the Magog area. The influx started in July with a group of 14 migrants of reportedly Romanian origin.

Police authorities believe that some of the illegal migrants landed in Mexico, which has laxer visa requirements than Canada and the United States, before travelling north into Canada. Officials also believe that smuggling rings are involved.

Immigration Minister Jason Kenney travelled to Hungary earlier this month as part of a campaign to meet with members of the Roma community. Mr. Kenney said that 95 per cent of asylum claims by Hungarians are "abandoned, withdrawn or rejected." 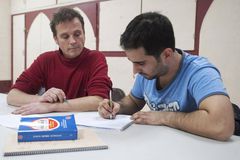 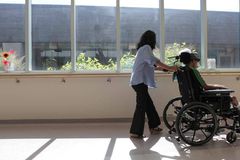 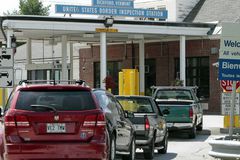 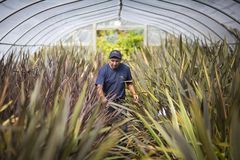 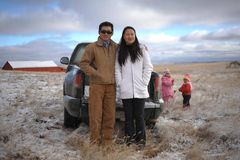 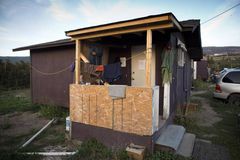 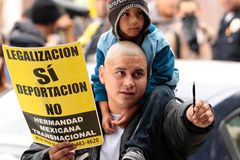 Stiffer rules infuriate Quebec border town
Follow Daniel Leblanc on Twitter @danlebla
Report an error Editorial code of conduct
Due to technical reasons, we have temporarily removed commenting from our articles. We hope to have this fixed soon. Thank you for your patience. If you are looking to give feedback on our new site, please send it along to feedback@globeandmail.com. If you want to write a letter to the editor, please forward to letters@globeandmail.com.
Comments