Whatever will become of Atlantic Canada?

The first release of 2016 census data reveals that the four western provinces now account for roughly a third of the population. Ontario is home to just less than 40 per cent, while just fewer than a quarter of Canadians live in Quebec.

But a low birth rate, the flight of the young down the road, and the failure to lure immigrants have left the Maritimes and Newfoundland and Labrador with less than 7 per cent of Canada's population.

Maritime governments struggle to keep up appearances. New Brunswick's population actually declined between 2011 and 2016, and yet the Liberal government released a budget Tuesday that includes substantial spending increases in education, health care and infrastructure.

"New Brunswickers want their government to get our finances in order, but not at the expense of our social programs," Finance Minister Cathy Rogers told the legislature.

But even with federal equalization and the new health-care agreement, there isn't nearly enough money to pay for all that, which is why the provincial debt has reached $14.4-billion.

"We've got to get the public debt going in the opposite direction," said Glenn Davis, vice-president of the Atlantic Provinces Chamber of Commerce. If you ask the business community whether the New Brunswick government should balance its budget before 2021, as planned, "the answer is a resounding yes," he said in an interview.

There is good news. Historically, Atlantic Canadians have looked askance at new arrivals from away, especially immigrants. But many people now agree that immigration numbers must increase. A new pilot program, launching in March, will fit immigrant workers to available jobs in the region, with federal support.

But even Prince Edward Island, which has been aggressive in recruiting immigrants, struggles each year to keep more people arriving than leaving. The chicken meets the egg in the conundrum of creating jobs to lure immigrants while counting on immigrants to grow the population and economy, creating jobs.

The proposed solution to that conundrum is the Atlantic Growth Strategy, a co-operative venture between Ottawa and the four provinces that aims to kick-start the Atlantic economy through immigration and investments in businesses, infrastructure and clean energy, and of which the March pilot program will be a key plank.

But the track record of government-directed industrial policy is mixed, which is a gentle word for the actual results. And the strategy, however well intentioned, buttresses the entrenched regional assumption that only government can generate growth.

Mr. Marco Navarro-Génie would prefer to see balanced budgets, a smaller public service (bureaucracy is the ultimate job creator for the region) and lower taxes, which would free up capital for private-sector investment.

With every passing year, Canada becomes more urban. According to the census, more than a third of us now live in Greater Toronto, Montreal or Vancouver. Add in the Golden Horseshoe, Lower Mainland and Victoria, Calgary and Edmonton, Winnipeg, Guelph-to-London, Ottawa/Gatineau and Quebec City, and the number approaches two-thirds.

In contrast, Saint John was the only city to lose population over the past five years. Atlantic Canada remains largely rural, even as the rest of Canada continues urbanizing.

The Liberal government, despite having every federal seat in the region, toyed with abandoning the tradition of having at least one judge from Atlantic Canada on the Supreme Court. The shifting of the population west will continue diluting the region's representation in Parliament. Urbanization will steadily weaken the political influence of agriculture and the fishery.

Immigrants are the only solution to decline. They revive and rejuvenate any society that welcomes them, and their presence signals the health of that society. This is as true of Saint John and St. John's as it is of Winnipeg and Victoria.

Immigration is the one and only way for Atlantic Canada to turn the numbers around. Either way, in 2021, there will be another census.

Census 2016: Western provinces’ populations are the fastest-growing in Canada
February 8, 2017 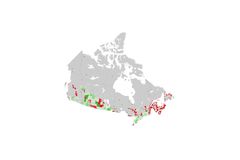 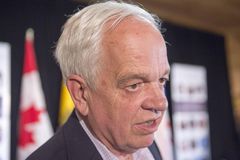