Immigration Minister Chris Alexander is resisting calls for Canada to do more in response to the international migrant crisis, even as some of Canada's closest allies boost their efforts to bring in more Syrian refugees.

Australian Prime Minister Tony Abbott announced new measures at a news conference Sunday, stating that he was moved by the horrific images of young Alan Kurdi's dead body washed up on a Turkish beach. In addition to taking more refugees, Australia immediately dispatched its Immigration Minister to Geneva in order to learn "what more" could be done.

Mr. Abbott's announcement follows that of Prime Minister David Cameron, who said Friday that Britain would act with "head and heart" in accepting thousands more refugees, without committing to a specific pledge.

Meanwhile, Germany and Austria continued to accept more migrants over the weekend, as thousands arrived from Hungary by train.

"Yes we can and will do more," Mr. Alexander said on CTV's Question Period, but neither he nor his staff would provide any details as to what more Canada is doing in response to the crisis.

"We had one of the earliest commitments to resettle substantial numbers of Syrians," he said.

Mr. Alexander rejected suggestions that Canada could repeat what occurred in 1979 when military aircraft were sent to Vietnam so that Canadian officials could immediately screen, approve and transport refugees back to Canada.

"1979 is not 2015," he said. "We operate in different ways. We have different requirements. We have to go through screening processes that we're obliged under our immigration laws to implement."

Canada has so far accepted 2,374 Syrian refugees and has pledged to bring in a total of 11,300 over three years. In addition, Conservative Leader Stephen Harper promised to accept an additional 10,000 Syrian and Iraqi refugees over four years if re-elected.

Conservative spokesman Stephen Lecce stressed to The Globe Sunday that Canada is acting to resettle refugees, but is also delivering humanitarian aid and participating in the military mission in the region.

"The fact is, just this weekend Germany's putting us all to shame with 7,000 yesterday, close to 10,000 today. That's what you can do when you have political will," he said at a campaign event in Laval, Que.

Both the Liberals and NDP are calling for non-partisan discussions to take place with the Conservatives on steps that Canada could take immediately regardless of the election campaign.

"I"m deeply disappointed," he said of the government's "business-as-usual" position. "We've seen mayors from across the country, civil society, churches, the Pope, everyone is doing what they can do to increase the numbers of Syrian refugees that we can accommodate … but the government obviously has a massive role to play," Mr. Dewar said on Sunday.

Not all of Canada's allies have increased their targets.

The United States has provided $4.1-billion in humanitarian aid since the start of the crisis in Syria, but has only accepted about 1,500 Syrian refugees.

The U.S. State Department recently pointed out that any new refugees from Syria would need to be "thoroughly vetted," given the strong presence of terrorist groups operating in the region.

Some in Congress have been warning U.S. President Barack Obama for months against accepting more Syrian refugees.

Republican Michael McCaul, the chairman of the House Homeland Security Committee, wrote to the President in June, warning that accepting Syrian refugees "is very dangerous" given that U.S. intelligence is not able to properly vet potential candidates from the region.

Mr. McCaul warned there is a real risk that terrorists will attempt to exploit refugee resettlement programs to gain entry into the U.S.

"Terrorist networks are constantly probing our defences and would not hesitate to manipulate a program meant to save those fleeing violence for the purpose of infiltrating operatives onto American soil," Mr. McCaul wrote. 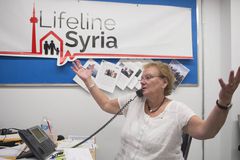 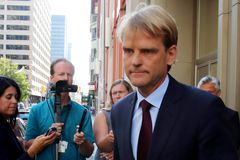