The topic was governing Canada, but Kevin O'Leary didn't seem to have given much thought to the answers.

What can the government do about mental health? Mr. O'Leary said what matters for Canada's health-care system is getting economic growth back to around 3 per cent. Are the laws on sexual assault and sexual predators tough enough? Mr. O'Leary said he's been around the world and thinks we're lucky to have our justice system.

The remarkable thing about Mr. O'Leary's performance in Saturday night's Conservative leadership debate in Halifax was that it seemed like he was unprepared for the topic of government, or many of the issues involved.

John Ibbitson: Voting for Conservative leader: What would Stephen Harper do?

Then again, that might just be the point. Mr. O'Leary is part of the "me generation" of politicians. It's not really about what he'd do, or the answers to a variety of issues. It's all about Kevin O'Leary.

The Dragons' Den and Shark Tank star has already been compared extensively to Donald Trump, but in many ways it's inaccurate or unfair. Mr. O'Leary is not playing to anti-immigrant sentiment or railing against globalization. But like Mr. Trump, he's a self-centred candidate.

Egos are not new in politics. Nor is it new for a politician's persona to weigh more than issues. Justin Trudeau won his party's leadership on stardust, and it aided his election campaign, but Mr. Trudeau also went out of his way to show I-feel-your-pain empathy for voters' concerns. Mr. O'Leary conveys the impression that the issues are not important when they don't fit Kevin O'Leary's bottom line.

He does have a couple of speaking topics, and they aren't bad, if you're picking themes for a Conservative leadership bid. One is competitiveness, lowering taxes and cutting regulation, including arguing that Mr. Trudeau should be waiting to see what Mr. Trump does in the United States before matching it here. The second is winning, which he says he can do by winning back all the millennials who voted for Mr. Trudeau, apparently because he's a reality-TV star.

The main point is that he's Kevin O'Leary and he can make it happen. On his way to the debate, he told a Halifax newspaper that he'd force Nova Scotia to allow natural-gas fracking and that's that, whether or not it's provincial jurisdiction. If premiers' policies are not pro-jobs, "they'll have to deal with me. That's how I lead," he said. Actually, it's vague bravado, but it's part of the Kevin O'Leary I-demand-success persona.

The stage for the Halifax debate wasn't a particularly good place to make that case. There were 14 candidates lined up across it and Mr. O'Leary didn't particularly stand out except when the other 13 were taking shots at him.

That was frequent. Erin O'Toole called Mr. Trudeau a "celebrity-in-chief" and said the Conservatives don't need one of their own; Lisa Raitt noted Nova Scotia sends a Christmas tree to Boston each year, but she never thought Boston would send a leadership candidate back (Mr. O'Leary lives much of the year in Boston); Steven Blaney accused Mr. O'Leary of lacking courage for skipping last month's French-language debate.

It's hard to look like a winner when you're getting burned by Steven Blaney.

But on issues, Mr. O'Leary also had circles skated around him by Ms. Raitt, Mr. O'Toole, Chris Alexander, Mike Chong and occasionally Maxime Bernier. It's true that speaking knowledgeably on files is not necessarily a race-winner – Mr. Chong's considered positions, such as supporting a carbon tax, might alienate the party base. And it's true it was Mr. O'Leary's first debate.

But it was still remarkable that Mr. O'Leary couldn't muster much to say on issues that weren't in his wheelhouse. He not only had nothing to say about mental health, he suggested just about all that matters about the health-care system is there isn't enough economic growth to support it.

When asked if Canada's sexual-assault laws are strong enough, some candidates railed against judges striking down minimum sentences, and Ms. Raitt spoke about ensuring that victims are believed, pointing to a Globe and Mail investigation on cases closed as "unfounded." Mr. O'Leary didn't seem to have anything to say about sexual assault.

Mr. Trump showed me-politics can work. Fed-up U.S. voters seized on a strong persona as different from people-pleasing career politicians, even authentic. In Canada, Kevin O'Leary has had months to script his campaign, and it's all about Kevin O'Leary. 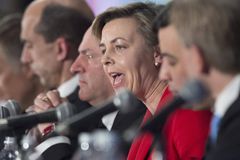 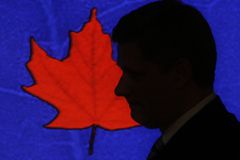