An environmental charity at the centre of controversy surrounding political activism and foreign donations is taking the rare step of releasing a detailed account of grant recipients and international donors in an effort to stem attacks by Conservative politicians.

The Harper government has labelled Tides Canada, a Vancouver-based charity, a foreign-financed radical organization that channels donations to advocacy groups that oppose the proposed Northern Gateway pipeline to bring Alberta oil-sands bitumen to a port on the British Columbia coast.

But president and chief executive officer Ross McMillan disagrees. On Wednesday, he said, his organization will release on its website a detailed accounting of international donations last year that shows money going toward environmental initiatives, and not to pipeline opponents.

According to the accounting, Tides Canada's big U.S. donors include the Gordon and Betty Moore Foundation, which gave $4.5-million to support marine planning and science in B.C. and $2.4-million for protecting B.C. wild salmon while building a sustainable aquaculture industry.

Tides Canada also got $2-million from U.S. foundations to support a land-use agreement between a first nations group and the province of B.C., and a $775,000 grant from the Margaret A. Cargill (MAC) Foundation for conservation and human well-being outcomes in the Great Bear Rainforest and the Taku Watershed.

The charity said it received $10.9-million from international foundations last year (45 per cent of its total revenues), which was higher than usual, it says, due to a large grant to support a marine planning process.

"The ongoing critique definitely factored into our decision," said Mr. McMillan, who will address the Economic Club of Canada on Wednesday. "We really wanted to send a clear message to our critics that we have nothing to hide in our work, and we're very proud of the charitable initiatives that we support right across the country."

Ottawa has signalled an intent to crack down on charities: The March budget included $8-million to help the Canada Revenue Agency (CRA) ensure charities play by the rules and to enforce existing restrictions on their political activities.

Tides Canada, which runs a grant-making foundation and a charity that backs environmental and social-justice projects, has been singled out over its grants from the United States. CRA is auditing its charitable status once again, about three years after the previous audit.

Mr. McMillan said the foundation is not involved in political activity. In its own initiatives, it allocates less than one per cent of its spending for political activities, well below Revenue Canada's 10-per-cent threshold, he said.

Mr. McMillan said the CRA found no issues last time, and the crackdown on charities is "causing a chill right across the sector."

A text of the speech he will deliver on Wednesday includes a call for charities to band together, pointing out that these organizations have rallied public support for such things as tough drinking and driving laws. The current controversy may be about the role of environmental charities, he said, but "we are already on a very slippery slope that threatens all charities."

"The rationale behind the attacks is that rapid resource expansion is in the national interest," the text says. "Therefore, anyone challenging this notion or simply suggesting that the pace and scale of development be examined or moderated, is by definition undermining what's best for Canada."

Mr. McMillan said he wants the government to recognize that Tides Canada focuses on more than just energy and related issues.

A spokeswoman for Finance Minister Jim Flaherty said the government can't comment on the donations until it sees the list. But Mary Ann Dewey-Plante said Canadians expect donations to be used solely for charitable purposes, not political activities.

"Our recent changes will ensure more transparency and better enforcement of the existing rules, benefiting charities by giving Canadians increased confidence that their donations are used for their intended purposes," Ms. Dewey-Plante said in an e-mail statement. 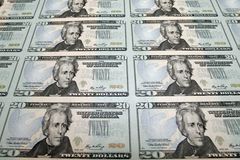 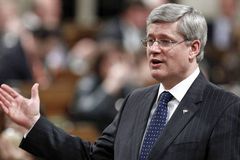 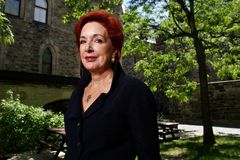 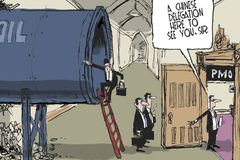