Even for a finance minister trying to get a handle on his province's troubled books amid global economic turmoil that has blown up his own assumptions and expectations, it was an unusually stark warning.

"Resisting will be futile," Dwight Duncan said. "The Premier and I are absolutely on the same page on this."

Midway through a year-end interview, Mr. Duncan was referring to what he calls the "transformation" of public services. The message, aimed less at the general public than at his fellow Liberals and the senior ranks of the provincial bureaucracy, is that Ontario's government has no choice but to become a much leaner operation – in terms of both personnel and scope – so that core services don't fall prey to an unprecedented fiscal crunch.

By the account of colleagues, Mr. Duncan speaks in even more ominous tones behind closed doors. And considering his perspective, it's hard to blame him for being pointed.

With Canada's largest province facing a $16-billion deficit and warnings about its credit rating, the months ahead will define Mr. Duncan's legacy as finance minister. If he's able to do the seemingly impossible, by ushering in a top-to-bottom overhaul of expenditures that bring long-term financial stability, he will be Ontario's answer to Paul Martin (and then some). If he fails – if he doesn't have the right answers, or the ability to impose them – he'll just be the guy who fiddled as the province burned.

With limited natural resources to draw on and a heavy reliance on the U.S. economy, Ontario is increasingly being singled out as uniquely challenged within this country. And Mr. Duncan himself has only recently come to terms with how deep those challenges run.

Although last spring's budget laid some groundwork by appointing former bank economist Don Drummond to head a public-service review, economic growth projections had him relatively optimistic. "If you go back to the news coverage around the time of the budget, the early part of the year, things are going really well," he reminisced.

Now, with crises in Europe making him "very nervous about the year ahead," Mr. Duncan is having to send signals that nothing is sacred.

That includes his own articles of faith. Mr. Duncan previously left little doubt that he considers corporate tax cuts an essential component of economic strategy. But he's no longer ruling out putting off the ones scheduled for the next couple of years, instead praising the third-party New Democrats for seeking compromise by calling for those cuts to be postponed rather than cancelled.

Beyond the additional revenues, that about-face would be about leading by example. If Mr. Duncan is going to ask his more left-leaning colleagues to embrace an austerity agenda, he needs to show that he's willing to make sacrifices as well.

To some extent, as with coming labour negotiations that he promises will be "tough," having Premier Dalton McGuinty onside might be enough. But the kind of line-by-line overhaul of expenditures he's banking on will have to be driven by ministers and deputy ministers and others who will naturally feel some inclination to protect their turf.

In the interview, Mr. Duncan sent mixed signals about how much success he's having in changing that mentality. His colleagues understand, he said, that unless the deficit is tamed, higher interest rates could make it harder to pay for core services like health care and education. But at several points, he also suggested that politicians still lag behind the public in grasping what's at stake.

It's little wonder, then, that he's delivering harsh warnings about the need to get with the program.

Mr. Duncan thought he had already faced his toughest test, with the economic meltdown of 2008. "I used to joke that you didn't want to turn the radio on in the morning," he said in the interview. "There was no sense that the U.S. financial system was going to survive. So that was a pretty rigorous period."

But he acknowledges that there's a key difference now from three years ago. Back then, there was a near-universal consensus among governments around stimulus spending, which was a relatively simple and popular response. Heading into 2012, the path ahead looks neither straightforward nor pleasant.

As much as figuring out where it leads, his legacy will be determined by his ability to get his own allies to go along with him – or at least not to resist too much as he drags them there. 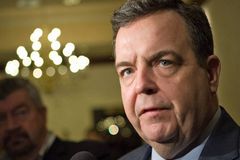 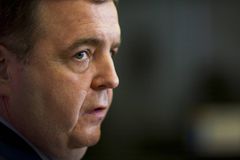 For Dwight Duncan, grim warning is a blessing in disguise
December 15, 2011 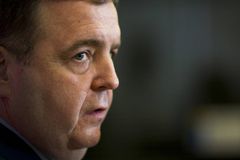 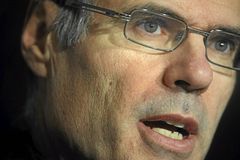