"Mr. Speaker, I would argue that the subject matter of the bill is so diverse that a single vote on the content would put members in conflict with their own principles."

"…Second, in the interest of democracy I ask: How can members represent their constituents on these various areas when they are forced to vote in a block on such legislation and on such concerns? We can agree with some of the measures but oppose others. How do we express our views and the views of our constituents when the matters are so diverse? Dividing the bill into several components would allow members to represent views of their constituents on each of the different components in the bill." (Hansard, March 25, 1994)

These were not the words of a Canadian opposition politician lambasting the Conservative government's massive Omnibus budget C-38 (425 pages changing 74 laws) or the second "kitchen sink" one C-45 (457 pages affecting 64 laws and regulations) now before Parliament.

Citizens who care about parliamentary democracy should know that this was the younger Stephen Harper, then a Reform Party opposition MP who as a seemingly principled conservative was severely criticizing the much smaller Liberal omnibus budget implementation Bill C-17 in 1994.

That budget was 21 pages long and was entirely related to budgets and spending affecting 11 statutes. Mr. Harper seems to be implying that omnibus legislation would violate the parliamentary privileges of all MPs. If that is what he was asserting, it would imply that he as prime minister would be intentionally undermining the parliamentary and constitutional democracy of Canada.

Is the older Harper preparing his defence? It may seem so, with the sudden agreement to split off the issue of pensions for MPs public-sector employees, and the subsequent decision to send various parts of the budget to 11 relevant committees for review and potential amendment.

However, this seemingly new respect for Parliament was soon revealed for what it was by Nathan Cullen, the NDP House leader who revealed the flaw in this plan: "The Conservatives' dubious plan to have their monster bill examined by committees is collapsing under the weight of Conservative belligerence. Most committees only have a couple of hours to study hundreds of clauses. Witnesses Conservatives do not like are blocked and accountability is being avoided at all costs. It is now becoming clear that their plan to have committees study these bills was nothing but a sham."

Unlike the Liberal omnibus bill that the younger Mr. Harper railed against, both budget bills by Prime Minister Harper will have an impact on laws that are not normally found in these money bills – such as changes to the Navigable Waters Protection Act, the Fisheries Act, the Environmental Assessment Act, the Indian Act and the Immigration and Refugee Protection Act.

Even with these laws, which are normally outside the scope of the Finance Committee, have been limited in the final clause-by-clause examination to five minutes per party per clause.

There should be something very disturbing to those who stood behind Stephen Harper, Reform MP, when he stood up for parliamentary democracy. That younger Mr. Harper defended a vision of "principled conservatism" that was the foundation of the bedrock platforms of legendary Conservative politicians going all the way back to Edmund Burke. That conservative icon declared that the most fundamental duty of MPs was "to sacrifice his repos, his pleasures, his satisfaction, to constituents; and above all, ever and in all cases, to prefer their interests to his own."

Such massive omnibus bills negate the ability of all MPs, including government MPs, to even know the full impact of these laws, let alone represent their constituents' interests.

It would be the pinnacle of irony if it will be the opposition Liberals or NDP who are standing up for one of the most important foundations of "principled conservatism."

Errol Patrick Mendes is a professor of constitutional, corporate and international law at the University of Ottawa. Opposition doesn’t get it: Muckraking only briefly sways voters
November 22, 2012 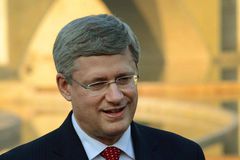 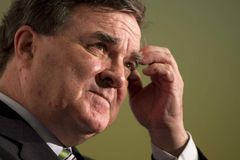 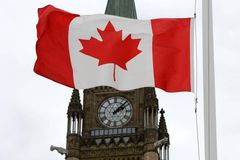